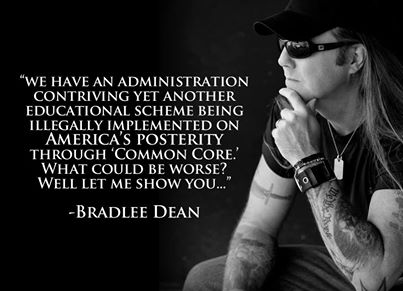 In the 2008 presidential election, over 68 percent of those in the age demographic of 18-33-year-olds voted for Barack Obama. Just before Obama’s second term in office, at the 2012 Republican National Convention, the Republicans sadly were dressed up as if they were going to an Elvis concert (sorry folks, Elvis died in 1977), forgetting about our youth as Obama was on a national college tour. Why?

The Obama administration has without fail, since day one, stood in direct contradiction to what the president and his minions appear to be advocating.

For example, just last week, Time reported, “Obama looks to boost young minorities,” while behind the back of young minorities he advocates their eradication through Planned Parenthood (concerning the topic of abortion).

Despite this, Obama publicly puts on a front that he is “his brother’s keeper” and wants to protect America’s youth by educating them.

Well, I agree, but what sort of education are you talking about? Let’s educate the American people by simply looking back to see what history teaches us.

When we look back at the atrocities committed by Hitler, Mao, Stalin and Mussolini, we say, “That will never happen here.” We turn a blind eye and choose not to see the parallel between then and what is happening in our nation now through our “foreign to America’s Constitution” leader in the White House, a leader the American people tolerate.

For example, Mao Zedong, without regard to the laws, went to the young to have them uproot the capitalists, his “political opponents.”

Under Mussolini, you could not teach in school unless you carried the card of the Fascist Party.

To ensure that youth fully supported communism, Stalin’s major vehicle of political education was through the Communist League of Youth, without which he would have never succeeded.

Adolf Hitler said, “Give me the youth, and Germany will rule the world.” Hitler took control of the education system to indoctrinate the youth with his Nazi propaganda. He also established “Hitler’s Youth,” mainly comprised of church youth groups.

Now to date, we have an administration contriving yet another educational scheme being illegally implemented (10th Amendment) on America’s posterity through “Common Core.” What could be worse? Well, let me show you:

Listen to Bradlee Dean’s radio show “The Sons of Liberty”