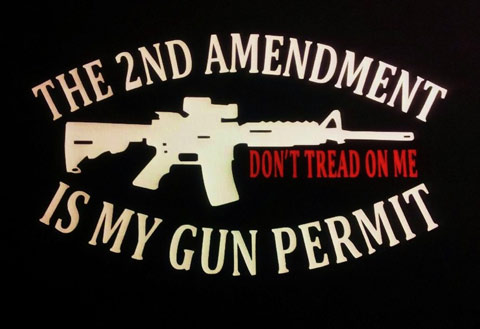 With so many news stories circulating about brutality and injustice at the hands of the militarized police state, it’s often difficult to discern between the good cops and the bad cops.

In Connecticut, where lawmakers recently passed legislation that requires the confiscation of firearms from citizens of the State, the legislature assumed that police officers would simply follow the letter of the law, even if that law is an affront to the founding principles of the United States and has not yet been reviewed by the Supreme Court.

There will no doubt be those men and women in uniform who will bow to their masters and kick in the doors of innocent people despite the illegality of such actions.

But, as reported by the Examiner, there are also those who have drawn the line. In an open letter soon to be released by the Connecticut Peace Officers Association, there are at least 250 officers who have pledged to serve and protect the people, in this case, against enemies domestic.

A major news story on these developments is due to be published soon, but Hardy received an advanced notice via email from Tyler Jackson, the head of the Connecticut Peace Officers Association, the organization that sent the open letter.

Tyler Jackson has emailed me an interesting story, soon to appear online (I’ll link to it once it does)– the gist is that the head of the Connecticut Peace Officers’ Assn has released an open letter stating that the police will not “be party to the oppression of the people of the state by enforcing an unconstitutional law.” So far 250 LEOs have cosigned the letter.

Hardy reported that with the lack of support of police, Connecticut faces massive civilian resistance, with police officers refusing to enforce a law that to most citizens crosses a line that is unacceptable in a free society.

If such a thing can happen in a deeply blue state in New England, what would law enforcement encounter if they attempted such an ill-fated attack on Constitutionally-protected rights in Texas, Wyoming, South Carolina, Utah, or Kentucky?

And the resistance begins, now with the support of many in the local police force.