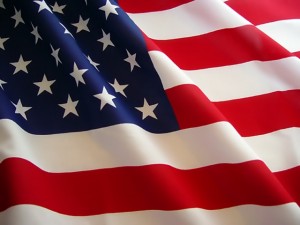 Is America the greatest nation on the planet?  Before you answer that question, you might want to check out the statistics that I have shared in this article first.  The reality is that the United States is in a deep state of decline, and it is getting harder to deny that fact with each passing day.  Mentally, emotionally, physically, spiritually and financially we are a train wreck.  Many that are “patriotic” attempt to put a happy face on our growing problems, but the truly patriotic thing to do is to admit just how bad things have gotten so that we can start finding solutions.  If you truly love this country, then you should know that this nation needs a huge wake up call.  We have abandoned the values and the principles that early Americans held so dear, and as a result our society is a giant mess.  The following are 55 things about America that you may not know…

#2 Americans spend more on health care per capita than anyone else in the world by far, and yet we only rank 35th in life expectancy.

#4 Of all the major industrialized nations, America is the most obese.  Mexico is #2.

#6 According to a new report from the U.S. Department of Agriculture, 31 percent of all food in the United States gets wasted.  In case you were wondering, that amounts to approximately 133 billion pounds of food a year.

#7 America has the highest incarceration rate and the largest total prison population in the entire world by a wide margin.

#8 In America, we even put 81-year-old women in prison for feeding the birds.

#9 According to a Newsweek survey taken a few years ago, 29 percent of all Americans could not even name the vice president.

#10 Americans spend more time sitting in traffic than anyone else in the world.

#11 60 percent of Americans report feeling “angry or irritable”.  Two years ago that number was at 50 percent.

#12 36 percent of Americans admit that they have yelled at a customer service agent during the past year.

#13 Only 30 percent of all Americans can tell you in what year the 9/11 attacks happened.

#14 There are more “deaths by reptile” in America than anywhere else in the world.

#15 Right now, 29 percent of all Americans under the age of 35 are living with their parents.

#16 Average SAT scores have been falling for years, and the level of education that our kids are receiving in most of our public schools is a total joke.

#19 According to the Centers for Disease Control and Prevention, doctors in the United States write more than 250 million prescriptions for antidepressants each year.

#20 Children in the United States are three times more likely to be prescribed antidepressants than children in Europe are.

#22 America has the highest rate of illegal drug use on the entire planet.

#23 According to the federal government, the number of heroin addicts in the United States has more than doubled since 2002.

#24 It is hard to believe, but 56 percent of all Americans now have “subprime credit”.

#25 America exports more weapons to other countries than anyone else in the world.

#26 The United States has the most complicated tax system on the entire planet.

#27 Corruption is rampant throughout our society.  In fact, America leads the world in money given to fake charities.

#28 America leads the world in soft drink consumption by a wide margin.  Today, the average American drinks more than 600 sodas a year.

#30 70 percent of Americans do not “feel engaged or inspired at their jobs”.

#31 40 percent of all workers in the United States actually make less than what a full-time minimum wage worker made back in 1968 after you account for inflation.

#33 The marriage rate in the United States has fallen to an all-time low.  Right now it is sitting at a yearly rate of 6.8 marriages per 1000 people.

#34 In the United States today, more than half of all couples “move in together” before they get married.

#35 America has the highest divorce rate in the world by a good margin.

#36 America has the highest percentage of one person households on the entire planet.

#38 According to the Pew Research Center, only 51 percent of all American adults are currently married.  Back in 1960, 72 percent of all adults in the United States were married.

#39 For women under the age of 30 in the United States, more than half of all babies are being born out of wedlock.

#40 At this point, approximately one out of every three children in the United States lives in a home without a father.

#42 America has the highest teen pregnancy rate in the world by a very wide margin.

#43 Approximately one out of every four teen girls in the United States has at least one sexually transmitted disease.

#44 America has the highest STD infection rate in the entire industrialized world.

#46 As I wrote about recently, there are 747,408 registered sex offendersin the U.S. according to the National Center for Missing & Exploited Children.

#47 America produces more pornography than any other nation in the world.

#48 America has the most lawyers per capita in the entire world.

#49 If you choose to be a “Constitutionalist” in America today, you may get labeled as a potential terrorist by the U.S. government.

#51 According to the Congressional Budget Office, interest payments on the national debt will nearly quadruple over the next ten years.

#52 Americans spend more money on elections than anyone else does in the world by a very wide margin.

#53 65 percent of Americans are dissatisfied “with the U.S. system of government and its effectiveness”.  That is the highest level of dissatisfaction that Gallup has ever recorded.

#54 Only 8 percent of Americans believe that Congress is doing a “good” or “excellent” job.

#55 70 percent of Americans do not have confidence that the federal government will “make progress on the important problems and issues facing the country in 2014.” 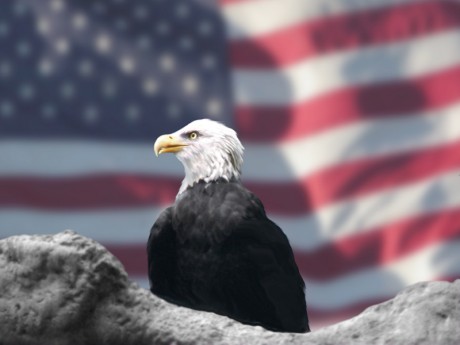