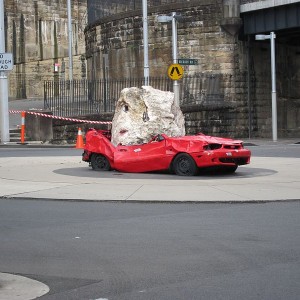 None of the problems that caused the last financial crisis have been fixed.  In fact, they have all gotten worse.  The total amount of debt in the world has grown by more than 40 percent since 2007, the too big to fail banks have gotten 37 percent larger, and the colossal derivatives bubble has spiraled so far out of control that the only thing left to do is to watch the spectacular crash landing that is inevitably coming.  Unfortunately, most people do not know the information that I am about to share with you in this article.  Most people just assume that the politicians and the central banks have fixed the issues that caused the last great financial crisis.  But the truth is that we are in far worse shape than we were back then.  When this financial bubble finally bursts, the devastation that we will witness is likely to be absolutely catastrophic.

One of the biggest financial problems that the world is facing is that there is simply way too much debt.  Never before in world history has there ever been a debt binge anything like this.

You would have thought that we would have learned our lesson from 2008 and would have started to reduce debt levels.

Instead, we pushed the accelerator to the floor.

It is hard to believe that this could possibly be true, but according to the Bank for International Settlements the total amount of debt in the world has increased by more than 40 percent since 2007…

The amount of debt globally has soared more than 40 percent to $100 trillion since the first signs of the financial crisis as governments borrowed to pull their economies out of recession and companies took advantage of record low interest rates, according to the Bank for International Settlements.

The $30 trillion increase from $70 trillion between mid-2007 and mid-2013 compares with a $3.86 trillion decline in the value of equities to $53.8 trillion in the same period, according to data compiled by Bloomberg. The jump in debt as measured by the Basel, Switzerland-based BIS in its quarterly review is almost twice the U.S.’s gross domestic product.

That is a recipe for utter disaster, and yet we can’t seem to help ourselves.

And of course the U.S. government is the largest offender.

As I write this, it is now sitting at a total of 17.49 trillion dollars.

Is there anyone out there that can possibly conceive of a way that this ends other than badly?

Too Big To Fail Is Now Bigger Than Ever

During the last great financial crisis we were also told that one of our biggest problems was the fact that we had banks that were “too big to fail”.

Those banks are now much larger than they were back then.  In fact, the six largest banks in the United States (JPMorgan Chase, Bank of America, Citigroup, Wells Fargo, Goldman Sachs and Morgan Stanley) have collectively gotten 37 percent larger since the last financial crisis.

Meanwhile, 1,400 smaller banks have gone out of business during that time frame, and only one new bank has been started in the United States in the last three years.

-The four largest banks have more than a million employeescombined.

-Bank of America accounts for about a third of all business loans all by itself.

-Wells Fargo accounts for about one quarter of all mortgage loans all by itself.

-About 12 percent of all cash in the United States is held in the vaults of JPMorgan Chase.

Most people simply do not understand that over the past couple of decades Wall Street has been transformed into the largest and wildest casino on the entire planet.

Nobody knows for sure how large the global derivatives bubble is at this point, because derivatives trading is lightly regulated compared to other types of trading.  But everyone agrees that it is absolutely massive.  Estimates range from $600 trillion to $1.5 quadrillion.

And what we do know is that four of the too big to fail banks each have total exposure to derivatives that is in excess of $40 trillion.

The numbers posted below may look similar to numbers that I have included in articles in the past, but for this article I have updated them with the very latest numbers from the U.S. government.  Since the last time that I wrote about this, these numbers have gotten even worse…

During the coming derivatives crisis, several of those banks could fail simultaneously.

If that happened, it would be an understatement to say that we would be facing an “economic collapse”.

Credit would totally freeze up, nobody would be able to get loans, and economic activity would grind to a standstill.

It is absolutely inexcusable how reckless these big banks have been.

Just look at those numbers for Goldman Sachs again.

Goldman Sachs has total assets worth approximately 111 billion dollars (billion with a little “b”), but they have more than 47 trillion dollars of total exposure to derivatives.

That means that the total exposure that Goldman Sachs has to derivatives contracts is more than 427 times greater than their total assets.

I don’t know why more people aren’t writing about this.

This is utter insanity.

During the next great financial crisis, it is very likely that the rest of the planet is going to lose faith in the current global financial system that is based on the U.S. dollar and on U.S. debt.

When that day arrives, and the U.S. dollar loses reserve currency status, the shift in our standard of living is going to be dramatic.  Just consider what Marin Katusa of Casey Research had to say the other day…

It will be shocking for the average American… if the petro dollar dies and the U.S. loses its reserve currency status in the world there will be no middle class.

The middle class and the low class… wow… what a game changer. Your cost of living will quadruple.

The debt-fueled prosperity that we are enjoying now will not last forever.  A day of reckoning is fast approaching, and most Americans will not be able to handle the very difficult adjustments that they will be forced to make.  Here is some more from Marin Katusa…

Imagine this… take a country like Croatia… the average worker with a university degree makes about 1200 Euros a month. He spends a third of that, after tax, on keeping his house warm and filling up his gas tank to get to work and get back from work.

In North America, we don’t make $1200 a month, and we don’t spend a third of our paycheck on keeping our house warm and driving to work… so, the cost of living… food will triple… heat, electricity, everything subsidized by the government will triple overnight… and it will only get worse even if you can get the services.

All of this could have been prevented if we had done things the right way.

Unfortunately, we didn’t learn any of the lessons that we should have learned from the last financial crisis, and our politicians and the central banks have just continued to do the same things that they have always done.

So now we all get to pay the price.