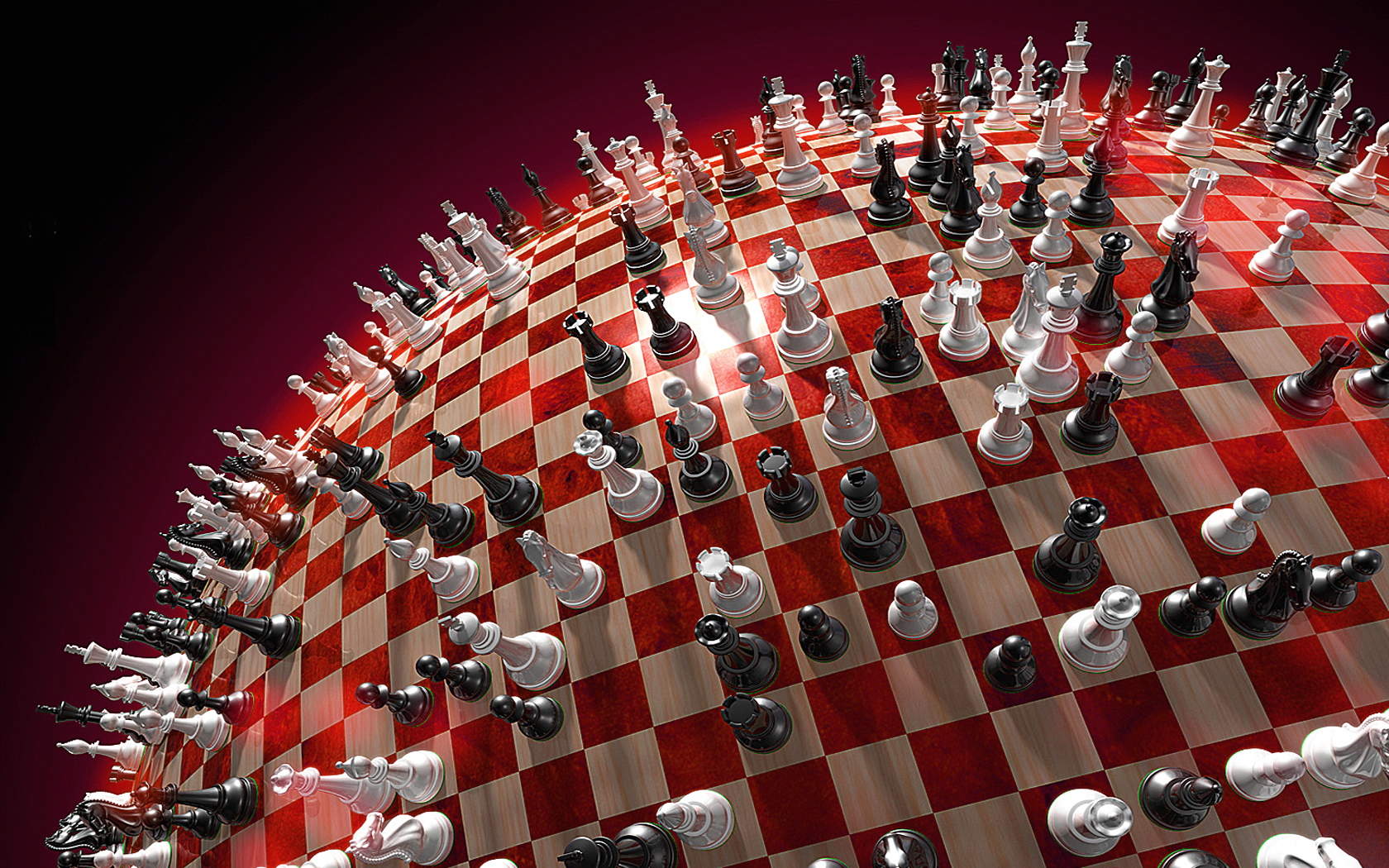 America is busy fighting in Afghanistan and occupying Iraq. Crimea, a part of Ukraine, has been illegally seized by Russia. Obama has tried to engage Syria and Iran in a war in order to preserve the Petrodollar, but was outmaneuvered by Putin. To the average sheeple, the world is just one nasty conflict after another. To the rare American who has any knowledge of current events and can read a map, everything that is happening makes perfect sense.

Like the mythical Phoenix, the old Soviet Union is attempting to rise out of the ashes. The EAU is a proposed economic union of Belarus, Kazakhstan and Russia. On November 18, 2011, the leaders of  Belaurus, Kazakhstan and Russia signed an agreement, setting a target of establishing the Eurasian Union by 2015. Kyrgyzstan and Tajikistan have expressed interest in joining as well as has Belarus’ neighbor to the immediate south, Ukraine. Isn’t it interesting that Georgia’s Prime Minister, Bidzina Ivanishvili, stated in September of 2013 that they were also examining the advantages of acceding to the EAU. Also in September of 2013, Armenia has announced its intention to join the EAU. This union cannot be allowed to happen by the West because it will tip the balance of power in the world.

The Importance of the Ukraine

Out of all the aforementioned countries, Ukraine is the most important piece of the EAU. They have a population of 46 million people, they have the largest economy in the region next to Russia and they have the second largest military consisting of nearly 130,000 soldiers as well as several private armies belonging to the Ukraine oligarchs. Ukraine possesses much modern military equipment and the province of the Crimea is home to the Russian Black Sea Fleet. Without their naval bases in Crimea, the Russians would have a difficult time defending Syria from an American invasion. Eighty percent of Russian natural gas, supplied to Europe, flows through Ukraine. Of all the former Soviet Union states, Ukraine is far and away the most important. Without the EAU membership of Ukraine, there is no reconstituted Soviet Union (i.e. EAU).

Western fifth column provocateurs have wreaked havoc in the region by causing discord in Georgia and in Ukraine. Although I am an American and do not want to see a reconstituted Soviet Union even if it means the central bankers remain in control because I would like to see the dollar survive a bit longer and I would like to have a way to pay my mortgage. The rise of the EAU and the abandonment of the Petrodollar spells the end of the American way of life.

Ukraine should want nothing to do with the European Union and its ruthless bankers from the IMF. The ink is not even dry on Ukraine’s new and illegitimate government headed by Western bankers and the plundering of Ukraine has already begun. I will unequivocally state that if I were Putin, I would have already invaded Ukraine because merely surrounding the country with his military will not reverse the economic Armageddon which is presently transpiring. With what is going on inside of Ukraine, Russia will gain an ally with few resources. However, the stakes of what is happening in Ukraine are far higher than the welfare of its people. A reformed old Soviet style empire will pose a military and an economic threat to the central bankers in the West as well as the World Bank and the IMF.

The EAU and the BRIC Nations

The fully developed EAU could militarily challenge NATO and in particular, the United States. However, Putin’s plan is to grow the EAU and its Eurasian Customs Union into a “supra-national union of sovereign states like the present version of the European Union. This means that the EAU could also challenge the economic dominance of central banking.

This new and mammoth organization would unite economies, legal systems, customs services and most importantly, military capabilities, in order to form a formidable bridge between Europe, Asia, Brazil, India, China and South Africa. China and India alone would account for well over two billion people. The military forces of NATO would be overwhelmed.

If Ukraine, and later Georgia, accede to the European Union, Putin’s plan of leading the most powerful alliance on the planet will die in Kiev.

Syria and Iran Are the Flashpoint

Let’s return, for a moment, to some universal truths. The central banking cartel emanating out of Basel have based their control of the world’s nations upon debt slavery created by forced adherence to a fiat currency. If a country’s regime becomes resistant, people like George Soros manipulate the currency, agitate the populace and a regime change takes place which is often fatal for the present leadership.

The Federal Reserve worked for decades to remove the US from the gold standard so that they could enforce this strategy of debt enslavement. Following the 1944 conference at Bretton Woods which established the dollar as the world’s reserve currency, fiat currency has reigned supreme. Yes, the banksters will someday want to collapse the dollar (i.e. the Petrodollar), but not until they are ready. An intact United States is still needed to militarily enforce their will upon uncooperative nations such as Iraq and Libya. Therefore, the Petrodollar must survive in the short-term.

The bastards from Basel have a relatively new problem. The BRIC nations are no longer willing to fight for second place and are challenging the Petrodollar in Iran by purchasing Iranian oil for gold. Ordinarily, this would have meant regime change in Iran and death for the leaders. However, the BRIC nations have rallied around Iran. Russia and China told the US that if they invaded Iran, the US would be nuked. Subsequently, the impotent illegal alien occupying the White House subsequently decided on an incremental approach. Obama postured to invade Syria last year. Occupation of Syria accompanied by the presence of American medium range missile batteries would effectively prevent the Russians from moving ground troops into Syria. Further, Syria could serve as a jumping off point from which to invade Iran. The US was hoping that the invasion of Syria and the subsequent invasion of Iran would occur before the Russians and Chinese would have much of a chance to respond. Thus, the Petrodollar would be preserved. This explains the civil war raging inside of Syria.

The CIA is supplying the Syrian rebels (i.e. al Qaeda) with weapons in an attempt to overthrow Syrian leader, Assad, in an attempt to take over the country. The inexperienced Obama was outmaneuvered by Putin and Syria was saved for the time being. As an aside, the association between the Obama administration and al-Qaeda, both in Libya and in Syria, had to be covered up prior to the 2012 election. This is why CIA arms broker, Ambassador Chris Stevens, had to be murdered in order to conceal the White House/al-Qaeda connection. Events rarely occur in isolation. The presstitutes of the corporate controlled media label people who connect these kinds of dots as conspiracy theorists, when in fact, they should be labeled as the truthful media.

The formation of a Putin-led EAU is threatening enough to the West. However, if a fully mature EAU forms a military and economic alliance with  the rest of the BRIC nations, the US and Europe are in a lot of trouble.

What all this adds up to is the fact that Ukraine is the most important chess piece in the world. If the Western banking cartels cannot get in and stop the bleeding of the Petrodollar coming from Iran, the economy of the West will collapse because the dollar will collapse.

The year 2015 looms large as this is the target date for Putin to complete the construction of the EAU and form an alliance with the other BRIC nations. This means that a war must take place prior to the end of 2015. This war will undoubtedly be nuclear with the losing side resorting to the nuclear option.

To my fellow Americans, it is easy to fall in love with Putin and declare him a hero because he is opposing the IMF and the World Bank. However, if Putin has his way, he will become America’s worst nightmare. Putin is under the control of the banksters at the highest level. What most of us do not realize is that there is the central banking cartel and then there are the people who really run finance on this planet. The central banks, such as the Federal Reserve, are merely mid-level managers which were created t to serve a purpose. The coming conflict is about the preservation of central banking as an international element of control. The real power on this planet are above central banking and are pushing the world towards an eventual war of unification.

A subsequent World War III will wipe out all competing economies and out of chaos will come order. We are about to witness an old-fashioned cockfight while the real power brokers sit back and wait for nature to take its course.

For reasons I will share in Part three, I do not believe that World War III will begin in either Ukraine or in Syria. Any guesses?

Dave Hodges is the Editor and Host of The Common Sense Show. If you missed Part I of this series you can read it here.