“Better to remain silent and be thought a fool than to speak out and remove all doubt.”

The following videos of Justin Bieber’s deposition involving a lawsuit in which his bodyguard beat up a photographer should dispel any doubts about his stupidity and arrogance.

This is what the mainstream considers a ‘role model’ to millions.

We couldn’t help but cringe when watching them, but it’s an informative study into the de-evolution of mankind.

When asked if Usher discovered him, Bieber disses his mentor and says he was actually discovered on YouTube. The best part … he clearly was trying to say he himself was instrumental in his success, but instead he says, “I was detrimental to my own career.” Truer words have never been spoken.

Selena Gomez is clearly a hot button, because when the lawyer asks about her, everyone goes nuclear. Bieber eventually rips his mic off and he and his lawyer storm out.

He just can’t hide his contempt for the photog’s lawyer, and it comes out in pretty awful ways. We put some snippets together and you’ll get the idea. It represents his attitude throughout the depo.

Can we finally deport this guy back to Canada?

Of course, not even the Canadians want him. 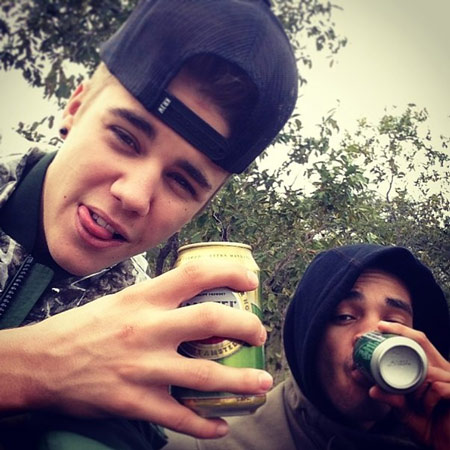