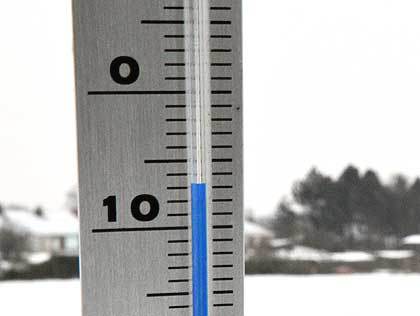 So apparently this recently happened.

A 14-year-old girl named Kayona Hagen-Tietz was swimming for health class when a fire alarm was tripped due to a small science experiment gone awry in her school. Her clothes were secured in her locker and her teacher told her there was not enough time to change. Hagen-Tietz, still sopping wet, was forced outside with the rest of the kids as per her school’s fire alarm protocol where she stood like that for ten minutes.

And by the way, it all happened at Como Park Senior High School in St. Paul, Minnesota, where it was -5 degrees outside. Factoring in wind chill, make that -25 degrees.

Hagen-Tietz asked to wait inside an employee’s car, or at the elementary school across the street. But administrators believed that this would violate official policy, and could get the school in trouble, so they opted to simply let the girl freeze.

Her fellow classmates, at least, huddled around her to try to keep her warm. And one teacher did eventually lend her a coat.

Still, Hagen-Tietz came down with frostbite on her feet, according to her mother, Eva Tietz, who took her to the doctor as soon as she found out what had happened.

Eva Tietz told National Review that the school was wrong to put a wet, unclothed kid out in the cold. (source)

The school was so interested in saving this student’s life from a possible fire that they forced her to stand outside wet and half-naked in -25 degree weather? At least one teacher eventually gave the poor kid a coat. Her fellow students huddled around her immediately because, they are apparently innately smarter than their adult counterparts assigned to impart upon them the knowledge and wisdom that is the foundation for the rest of their lives.

If someone could please explain how this situation makes any sense — saving a kid’s life by potentially endangering her life because of what a piece of paper says over applying even a modicum of common sense to reality — that’d be great.

Apparently that explanation won’t be forthcoming from the school any time soon, according to The Daily Caller:

Tietz wants the school to issue an apology and reexamine its fire policies.

The school district issued a statement saying only that it routinely reviews such policies.

So the best they got is they’ll get around to it? Really?

They could get sued into the ground and nationally shamed for this utter stupidity coming from none other than a school of all places, but the best they got is “we routinely look at our policies”??? Something tells me they aren’t looking hard enough.

What about “Sorry your kid almost lost her toes and possibly worse due to our utter lack of any critical thinking skills whatsoever?”