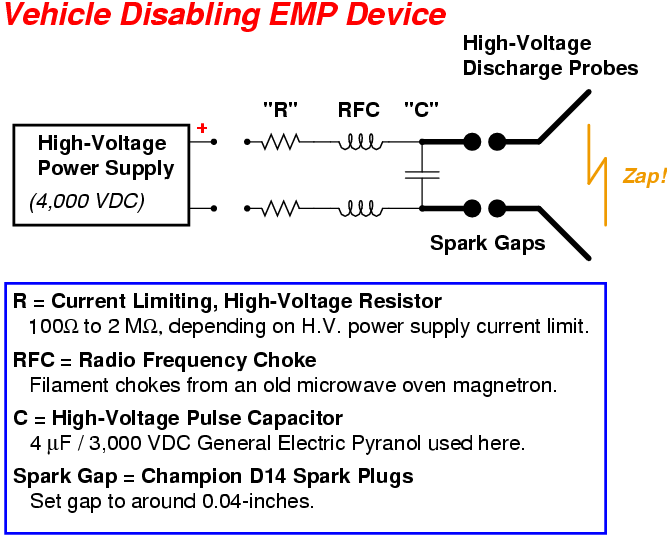 Over a dozen nations have now mobilized search teams for Malaysia Airlines Flight 370. The mysterious disappearance has left investigators all over the world wondering what could have happened. This is a huge investigation, as evidenced by the fact that China has re-tasked ten satellites to search for the wreckage, suggesting that the People’s Republic really wants to get to the bottom of what happened here.

There is no debris to be found. The black box, which is supposed to be indestructible in a large explosion and should broadcast a homing signal for up to 30 days, has gone dark. Moreover, INTERPOL is looking into several passengers who boarded the plane using false passports, and whose tickets were reportedly purchased by an unknown Iranian benefactor.

Several theories have emerged as to what could have caused the flight to “vanish” out of thin air. None of them are, as of yet, conclusive.

We can probably rule out a mid-air explosion, because something like that would likely have left instruments operational for long enough that readings would have been transmitted back to flight controllers. Likewise, there would be a fairly wide debris field had such an explosion occurred at such a high altitude.

Terrorism has not been ruled out, but traditional methods, including a hi-jacking, seem unlikely (remember those reinforced cockpit doors?).

It is certainly possible that search teams are just looking in the wrong place and the plane could be found in coming hours or days.

However, as noted by Mike Adams, the idea of an advanced military weapon of some sort is certainly within the realm of possibility. We know our Defense Department, as well as the militaries of other countries, are always hard at work developing new war-making technologies.

One such advanced weapons system has come to public light in recent years and as recently as two days prior to the disappearance of flight 370 Senator Ted Cruz mentioned it in a followup to his CPAC speech:

“When Iran describes Israel as the Little Satan, and America as the Great Satan, we have every interest to make sure they don’t acquire the weaponry to kill millions of Americans.” Cruz imagined a nightmare scenario in which Iran detonated a bomb over “Tel Aviv or New York or Los Angeles.” Detonated here, the effects of an EMP attack could kill “tens of millions of Americans.”

We know for a fact that China, North Korea, Russia and the United States have developed what are dubbed Super-EMP Weapons. These types of weapons require nuclear fuel and must be detonated over or near the target area. The secondary effect of this nuclear detonation is an electro-magnetic pulse. Deployed properly, for example 200 miles over the state of Kansas, such a weapon could literally wipe out every electronic system from coast to coast.

It is this possibility that prompted investigators to contact the Comprehensive Nuclear Test Ban Treaty Organisation Monday, so they understand that this could well be the type of weapons used.

Experts at Comprehensive Nuclear Test Ban Treaty have been asked to see if they detected an explosion at high altitude of the missing Malaysian Airlines plane.

More than likely, the infrasound tests won’t yield any result. For starters, it would be quite difficult to sneak a suit-case nuclear weapon onto an airplane. Second, a space or air explosion would have quickly been detected by military monitoring systems operated by the U.S., China and Russia.

The other possibility is one that is often not discussed, yet has emerged as a highly effective military system in recent years. This involves the use of a non-nuclear electro magentic pulse weapon.

Weapons designers specializing in high-energy physics can now create electromagnetic pulses without going into outer space. One approach involves harnessing the force of a conventional explosion. Others are simply just modifications of radar, which bounces pulses of energy off aircraft in flight, vehicles on the ground, and other objects.

Crank up the power and you have an EMP weapon, ready to point at the computers of your favorite enemy.This knowledge has set off a new arms race. Whether fitted into cruise missiles or parked at the side of the road in a van, non-nuclear EMP weapons have the potential to devastate the electronic systems of areas as large as a city or as small as a selected building, all without being seen, heard, or felt by a single soul.

It is a dream come true for any and all terrorists.

Sound far-fetched? It did not in 1993 to the owners of automobiles parked about 300 meters from a U.S. Defense Contractor’s EMP generator test site at Eglin Air Force Base in Florida. Their alternators and electronic engine controls were accidentally fried by a pulse during classified field trials.

The following provides an explanation for how these weapons work. What we know about the Flight 370 disaster suggests that if this was an act of terrorism it could have been executed using a NNEMP:

NNEMP generators can be carried as a payload of bombs, cruise missiles (such as the CHAMP missile) and drones, with diminished mechanical, thermal and ionizing radiation effects, but without the political consequences of deploying nuclear weapons.

The electromagnetic pulse from NNEMP weapons must come from within the weapon, while nuclear weapons generate EMP as a secondary effect. These facts limit the range of NNEMP weapons, but allow finer target discrimination. The effect of small e-bombs has proven to be sufficient for certain terrorist or military operations. Examples of such operations include the destruction of electronic control systems critical to the operation of many ground vehicles and aircraft.

We know for a fact that these e-bombs have been built and tested by our own military. Unlike nuclear-based EMP weapons, these devices can be small and compact versions can actually be created with basic Do-It-Yourself kits. They can be deployed on drones, planes and missiles. They can be specifically targeted at cities, buildings or even vehicles. Thus, it is possible that such a device was used to take down Flight 370.

For the skeptics out there, watch the following video of a do-it-yourself homemade e-bomb being used to short-circuit a cell phone:

In this video, another homemade e-bomb is used to disable various electronics. Note that the rudimentary device looks to have an effective range of roughly 10 – 15 yards:

Now consider what a rogue terror organization or black ops team could do with a multi-million dollar budget.

Harping back to the Iranian connection, is it possible that a small capacity non-nuclear EMP weapon was smuggled on board the airplane, perhaps in common electronic devices, and triggered mid-flight?

That an unknown man named “Ali” purchased tickets for his friends at the last minute to the cheapest destination available, is highly suspect and is indicative of terrorism. An incident involving a man with a similar profile occurred at Amsterdam airport when the Christmas underwear bomber was allowed onto the plane – without a passport.

We’re not necessarily suggesting Iran is behind this, but it sure is an easy story to sell.

Insofar as the effects themselves, a non-nuclear EMP could well explain how a plane, from one second to the next, simply vanishes without a trace.

While this theory is far from conclusive, it makes as much sense as any being proposed.

If this was the kind of weapon used, then it could have been a “dry run” for something much bigger, like a coordinated attack involving many more planes in the future.

Or, as highlighted by American Everyman, we can just go with the official story per the mainstream media:

So, right on cue, in the absence of a logical thesis, the mainstream media along with “high ranking unnamed sources” are starting to float ridiculousness as the solution.

Officials investigating the disappearance of a Malaysia Airlines jetliner with 239 people on board suspect it may have disintegrated in mid-flight, a senior source said on Sunday, as Vietnam reported a possible sighting of wreckage from the plane. Reuters

Yes, there you have it, it may have just vaporized itself in mid-air for no apparent reason.

Vaporized? Gone? Nothing remained of this 600,000 pound jumbo jet?

The notion that an e-bomb was responsible is much more likely than vaporization.

And that is a much more terrifying thought to consider.