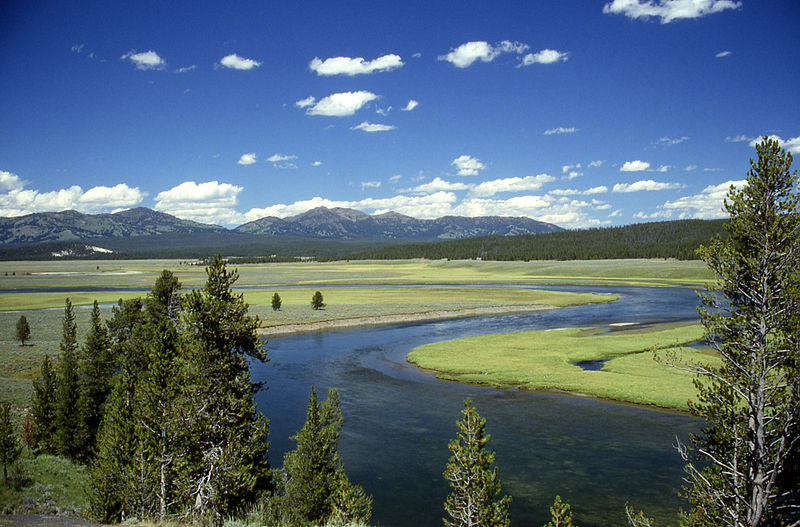 The northeastern part of Yellowstone Caldera, with the Yellowstone River flowing through Hayden Valley and the caldera rim in the distance. Image: ecanadanow

There have been many good studies of Yellowstone National Park in recent years. Most of them have focused on the supervolcano located there, a structure so large that for years it was impossible to say with any certainty just how large it was. It wasn’t until scientists took to the air that they increased their estimates of the size of the caldera.

As technology has moved on, scientists have been able to make more detailed studies of the magma chamber deep underground.

A team at the University of Utah has confirmed a previous study that the magma chamber is a full 2.5 times larger than previously thought.

By measuring seismic waves, Jamie Farrell and his team have ascertained that the chamber runs between three and nine miles below the surface, and it’s 50 miles long and 18 miles wide.

Just think about that, a pressurized lake of molten lava 50 miles long and 18 miles wide.

The quantity of lava would, according to Farrell, give rise to an eruption that would rank in the top three of the last 2.1 million years. 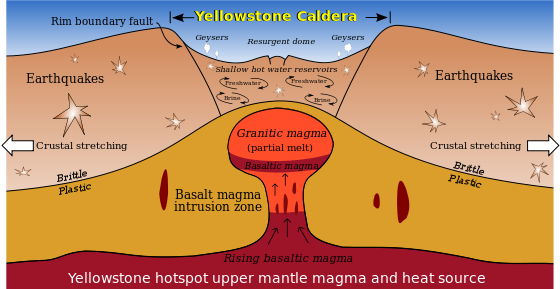 At Yellowstone and some other volcanoes, some scientists theorize that the earth’s crust fractures and cracks in a concentric or ring-fracture pattern. At some point these cracks reach the magma “reservoir,” release the pressure, and the volcano explodes. The huge amount of material released causes the volcano to collapse into a huge crater—a caldera.” From nps.gov

Bear in mind what you have read and seen in the video, and then try to imagine what that would be like multiplied by 2000. That is the impact that Yellowstone blowing would have.

The volcanic ash would circumnavigate the planet, a global event of an unprecedented scale.

Several hundred square miles around Yellowstone would be annihilated. Ash fall would wipe out animal and plant life for several hundred more square miles, with lesser ash falls coating the entire country. Gases such as sulfur would chemically change in the upper atmosphere turning into sulfur dioxide. This would circle the planet causing acid rain and reflecting the heat radiated from the Sun back out into space. World wide temperatures would drop several degrees resulting in widespread famine.

The very air that we breathe would take years to clear. During that time, millions would die from respiratory illnesses. Volcanic ash has a high amount of silica in it, and once it hits the airways the minute glass shards irritate and lacerate the delicate tissue of the lungs. The ash sets like concrete after it has been inhaled, bringing a slow and painful death to anyone who doesn’t cover their nose and mouth when venturing outside.

Air travel would be affected for months as the ash is so abrasive it can damage the engines of an aircraft.

What is left of the economy would be severely impacted.

It goes without saying that anyone who survives an event such as this is going to have a very different life than they had before the event. Given you are far enough away, having enough food and water to last for at least a year may ensure your survival. In addition with the food supply taking such a hit, heirloom seeds are an absolute necessity, but if you can’t afford them don’t let that stop you buying seeds.

Even hybrid seeds are better than nothing if that’s all you can afford, at least it buys you and your family another growing season.

Farrel and his team presented their findings at the American Geophysical Fall Meeting.