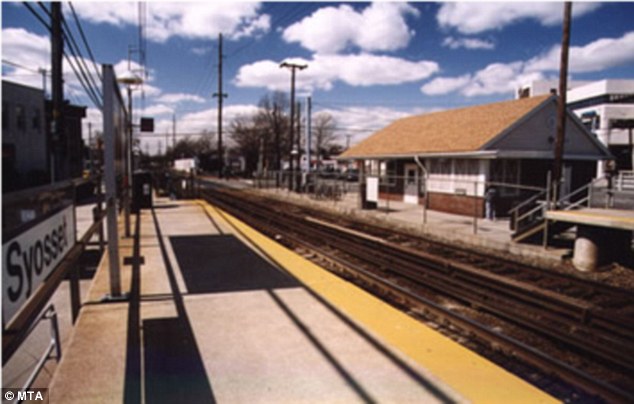 The New York Post is reporting that Edmund (Eddie) Reilly took his own life on Tuesday Morning by stepping in front of a speeding train near the Syosset station. In doing so he potentially becomes the 11th financial industry suicide of 2014. I say “potentially” because some cases are still unresolved. Here is an excerpt from the report :

A Manhattan trader was killed Tuesday morning by a speeding Long Island Rail Road commuter train, marking at least the seventh suicide of a financial professional this year.

Edmund (Eddie) Reilly, 47, a trader at Midtown’s Vertical Group, jumped in front of an LIRR train at 6 a.m. near the Syosset train station.

He was declared dead at the scene.

Reilly’s identity was confirmed by Salvatore Arena, an LIRR spokesperson, who said an investigation into the incident was continuing.

Passengers on the west-bound express train told MTA investigators they saw a man standing by the tracks before he jumped in front of the train, Arena said.

This is now the 11th suicide and/or suspected suicide in the financial world since the beginning of the year. Here is a list of the previous ten:

There have been a spate of suicides amongst financial services employees since the beginning of 2014. They’ve occurred in London, the U.S. and Hong Kong.

1 William Broeksmit, a 58-year-old former senior executive for Deutsche Bank AG, was found dead in at home after apparently taking his own life in South Kensington in central London, on January 26

2 Karl Slym, the 51 year old Tata Motors managing director was discovered dead on the fourth floor of the Shangri-La hotel in Bangkok on January 27

3 Gabriel Magee, the 39-year-old JP Morgan employee, who died after plummeting from the roof of the JP Morgan European headquarters in London’s Canary Wharf on January 27

4 Mike Dueker, the 50-year-old chief economist of US bank Russell Investments was discovered dead near to the Tacoma Narrows Bridge in Washington State on January 31

5 Richard Talley, the 57 year old founder of American Title Services in Centennial, Colorado, was found dead on February 4 after apparently shooting himself with a nail gun.

6 Tim Dickenson, who was a U.K.-based communications director at Swiss Re AG, died in late January, in as yet unexplained circumstances

7 Ryan Henry Crane, the 37 year old executive at JP Morgan died in an alleged suicide just a few weeks ago on February 3 at his home in Connecticut

9 James Stuart, the former National Bank of Commerce CEO was found dead in Scottsdale, Arizona on the morning of February 19. The cause of death has yet to be announced

10 Autumn Radtke, the CEO of First Meta, a digital currency exchange firm who was found dead on February 28 outside her Singapore apartment.

Eddie Reilly seemed to be a common stock trader and adding him to this list seems to be a stretch if you are looking to develop conspiracy theories. Though I have a hard time understanding how someone could kill himself with a nail gun in the manner that Richard Talley did, I am not sure that I buy the grand conspiracy of this.

What I believe is that the global economy is crashing and it can not be stopped. Things will soon change for billions of people who have become accustomed to a certain quality of life. Even for the poorest people that lifestyle is about to take a change for the worse.

I don’t think we should be surprised that some financial workers and executives are killing themselves. They know what is coming and simply do not want to live a life that is perceived by them as “less than what they are accustomed to.”

Could there also be some grand conspiracy in play? Sure. I never say never.

But for a guy who was simply a trader, I doubt he had any major role. I think that life’s pressures simply got to him and part of that may have been the horrible direction in which the economy is heading. You don’t have to be a financial expert to see that coming.

And just like Reilly, a lot of people are going to be hit by a speeding train in the near future.

Please prepare yourself as best you can by stocking up. If things go as badly as some predict it could mean life or death for you and your loved ones.