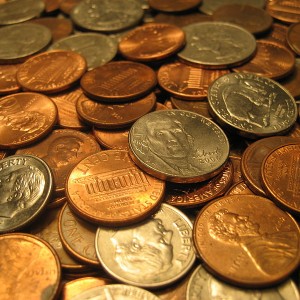 You can’t get blood out of a rock.  Traditionally the United States has had a consumer-driven economy, but now years of declining incomes and rising debts are really starting to catch up with us.  In order to have an economy that is dependent on consumer spending, you need to have a large middle class.  Unfortunately, the U.S. middle class is steadily shrinking, and unless that trend is reversed we are going to see massive economic changes in this country.  For example, in poor neighborhoods all over America we are seeing bank branches, car dealerships and retail stores close down at an alarming rate.  If you didn’t know better, you might be tempted to think that “Space Available” was the hottest new retailer in some areas of the nation.  On the other hand, if you live in San Francisco, New York City or Washington D.C., things are pretty good for the moment.  But as a whole, the condition of the U.S. consumer continues to decline.  Incomes are going down, the cost of living is going up, and debts are skyrocketing.  The following are 19 signs that the U.S. consumer is tapped out…

#2 In January, real disposable income in the U.S. experienced the largest year over year decline that we have seen since 1974.

#3 As disposable income decreases, major retailers are closing thousands of stores all over the country.  Some are even calling this “a retail apocalypse“.

#4 From September 2013 to January 2014, the personal saving rate in the United States dropped by a staggering 16 percent.

#5 During the fourth quarter of 2013, we witnessed the largest increase in consumer debt in this country that we have seen since 2007.

#6 Fewer Americans are applying for mortgages these days.  In fact, the MBA Purchase Applications Index is now the lowest that it has been since 1995.

#7 Overall, the rate of homeownership in the United States has fallen for eight years in a row.

#8 Many Americans are finding it increasingly difficult to afford a new car or truck.  The following comes from a recent CNBC article…

A new study shows the average household in 24 of America’s 25 largest metropolitan areas cannot afford to pay for the average priced new car or truck.

“Just because you can manage the monthly payment doesn’t mean you should let a $30,000 or $40,000 ride gobble up such a huge share of your paycheck,” said Mike Sante, managing editor of Interest.com. “Many people are spending money on a car payment that they could be saving.”

#9 Incredibly, 56 percent of all Americans now have “subprime credit” at this point.

#10 Total consumer credit has risen by a whopping 22 percent over the past three years.

#13 While Barack Obama has been in the White House, median household income in the United States has fallen for five years in a row.

#14 U.S. workers are taking home the smallest share of the income pie that has ever been recorded.

#15 One recent study found that about 60 percent of the jobs that have been “created” since the end of the last recession pay $13.83 or less an hour.

#17 According to one recent survey, only 35 percent of all Americans say that they are better off financially than they were a year ago.

#19 The poverty rate in America has been at 15 percent or above for 3 consecutive years.  That is the first time that has happened since 1965.

Despite what the mainstream media keeps telling them, most Americans know on a gut level that there is something fundamentally wrong with our economy.

Most people just want to work hard, make a decent living and take care of their families.

Sadly, that is becoming increasingly difficult to do.

And the numbers that I have shared above only tell part of the story.  For a more personal side to all of this, I encourage you to read my previous article entitled “10 Stories From The Cold, Hard Streets Of America That Will Break Your Heart” if you have not done so already.

The really bad news is that this is about as good as things are going to get for the U.S. economy.  The long-term trends that are eating away at our economy like cancer are intensifying, and our “leaders” just continue to act as if “business as usual” will somehow get the job done.

Most of them don’t even realize that time is running out.

As I discussed yesterday, there is a lot of evidence that the massive financial bubble that the Federal Reserve has inflated is getting ready to burst.

When the next great financial crisis does strike, it is going to be absolutely disastrous.  We are in far worse financial shape than we were back then, and this next round of financial trauma could truly be the “knockout blow” for the U.S. economy.

Let us hope for the best, but let us also prepare for the worst.