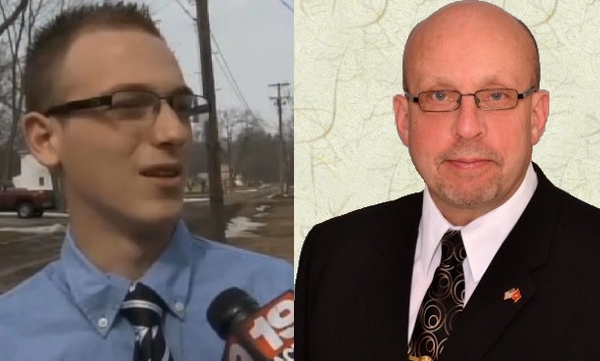 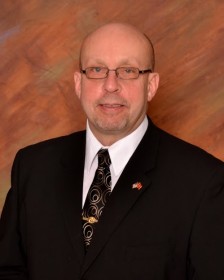 The Salem witch trials had magistrate John Hathorne, the Spanish Inquisition had an assortment of sadistic priests, and Ashtabula County, Ohio has Harold Specht, the chief prosecutor who wants to be a judge.

In a modern day story of persecution for political gain, a pocketknife on school grounds may end the potential career of a young volunteer paramedic and soldier-to-be before it even begins.

In yet another ridiculous example of zero  tolerance by first the school and then the local “justice” system, young Jordan Wiser of Ohio was charged with a felony for possession of a pocketknife. No, he wasn’t wielding it, salivating over doing harm to other students. The knife (similar to THIS) was in his first responder vest, in his vehicle. Jordan said it was used to cut the seatbelts of accident victims who were trapped in their vehicle. The local residents must be heaving a sigh of relief that Harold Specht intends to diligently keep them safe from young volunteer paramedics with a history of public service.

On Dec. 12, 2013, Jordan was approached by school administrators, who wanted to search his vehicle after they were allegedly tipped off to the possibility of weapons due to the nature of the young man’s Youtube channel. The channel contains reviews of video games, home defense tactics, and an interview with a local cop.

Jordan says that he did not give permission for his vehicle to be searched and that his request for an attorney was denied.

Inside Wiser’s vehicle, officials found an assortment of items, including the folding blade pocketknife, a stun gun and two Airsoft guns. Airsoft is a sport in which participants eliminate opponents by hitting them with spherical non-metallic pellets, launched from the Airsoft guns.

Wiser said the Airsoft guns were in his trunk because he had plans to participate in the sport after school. The stun gun, a nonlethal device capable of incapacitating a person by administering electric shock, was for self-defense, he said. The pocketknife was, according to the teen, part of his EMT kit.

“I didn’t think anything of the Airsoft guns,” Wiser said. “Our school is a technical school, and I was planning on meeting with my Airsoft team after school. My stun gun was locked in the glove box, and the knife was in my EMT medical vest. I bought it at K-Mart and have it as part of my first responder kit for cutting seatbelts.”

Wiser was ultimately arrested and jailed for illegal conveyance of a weapon onto a school ground, a Class 5 felony. (source)

Specht seems to be pursuing this with undo enthusiasm. Milking every second of his 15 minutes of fame, he spoke to the Huffington Post regarding the prosecution of the student. He said pompously of the charges: ”We charge [people] with everything that we feel they are guilty of, and in this case, he is guilty of a felony.” He has no intention of reducing the charges. ”There are all these school occurrences where people are shot, people are killed by other students. We see it every day … so we don’t take these things lightly. … We have to be sure that we don’t have a potential for something like that to happen here.”

Specht believes his actions are justified. He told the Huffington Post, “I know that there’s a load of people out here that just think we’re the devil because we’re allegedly ruining this young kid’s life, and that’s not the case at all. If this goes to trial, it will certainly come out in the wash.”

Specht, the primary instigator of this travesty, is currently campaigning for a place on the bench of Ashtabula County, and one might come to the conclusion that his overzealous prosecution of a promising young man has something to do with the upcoming election. It isn’t a stretch that he’s making Jordan’s case an example of his “ hardline, zero tolerance policy on prosecuting criminals.”

At the behest of Specht, the courts demanded that all firearms be removed from his parents house and stored at his grandfather’s house. And that is where the injustice begins to exceed all imagination.

If it isn’t bad enough that Wiser has been expelled from school, spent 13 days in jail, has been charged with a felony, has been discharged from the Army where he was enrolled in the Future Soldiers program, and is looking at the end of any possible career as a firefighter, paramedic, or police officer, the court has banned him from contact with his grandfather, who is dying of cancer. Because the guns are there, the judge issued a “no contact order” between Jordan and the terminally ill man.

This video shows the young man that Harold Specht, the man who would be a judge, is determined to destroy. If the residents of Ashtabula County are paying attention, Specht will instead destroy himself through his own blind ambition. It’s time to show the “justice system” that we have our own version of zero tolerance for those who jostle for political positions on the backs of innocent people.