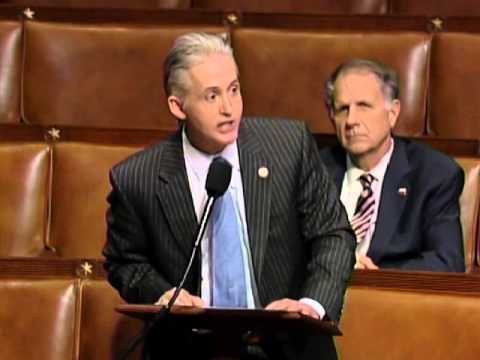 One of the powers of the President of the United States, according to the US Constitution, Article II, Section 3, is to “take care that the laws be faithfully executed.” Time and time again, America has been witness to Obama treating any and all laws as though they were a Chinese buffet, which includes the Constitution. Congress has watched his lawlessness while sitting on the sidelines like benched football players, unable to participate in the game because the coach said so. However, the House of Representatives has passed the “Enforce the Law” bill by a vote of 233 to 181. What the bill is designed to do is “rope in the courts to serve as potential referees between the branches of government.”

The bill, which passed on a near party-line 233-181 vote, says that when either the House or Senate passes a resolution finding that a president is failing to execute the law, lawmakers will have legal standing to sue in federal court, with a speedy appeal to the Supreme Court.

“We are not held in high public esteem right now. Maybe members of Congress would be respected more if we respected ourselves enough to require that when we pass something, it be treated as law,” said Rep. Trey Gowdy, the South Carolina Republican who wrote the legislation.

This is the solution by the Republicans in the battle over Obama’s continued misuse of his executive authority to create pseudo-law or amend laws thereby doing an end-run around Congress. Republicans maintain they have no recourse when they believe the current occupant of the People’s House is abusing his authority since members of Congress have difficulty proving they are injured by the president’s decisions in a court of law – the same with ordinary citizens. Republicans contend this piece of legislation will give them legal standing in order for courts to hear their cases.

According to Obama, he has the right and authority to decide how to faithfully execute the laws, and “Congress can’t drag judges into the dispute.”

And so the power struggle continues between the legislative and the executive branches over who has the biggest stick with both sides appearing childish and foolish.

First of all, I agree with Rep. Gowdy in his statement that Congress is not held in any high public esteem right now. Congress has allowed itself to be rendered moot by the executive and all his ilk. Whether it was out of fear, uncertainty or just plain negligence, Congress has allowed the executive branch to operate almost unrestrained. It hasn’t just been with this current executive either. The usurpations by this one have been more blatant and outright criminal. His lawlessness has been put on display for the entire American public to see while Congressional leadership caved to his demands time and time again.

Congress is not entirely a victim in all of this either. Through the passage of many of their pieces of legislation, the representatives of the people have created laws that infringe on God-given rights, support continued practices by federal agencies that violate due process and privacy and seek to redistribute wealth leading to the destruction of the middle class. To be clear, it hasn’t been just the members of Congress during the Obama presidency. Members of Congress have for quite some time passed laws outside of Constitutional authority which effect the American people and the citizens are required to follow while they consider themselves to be exempt or above the law. Feinstein’s recent outrage at being spied on comes to mind.

While Congress attempts to seek remedy through another piece of fodder legislation, they ignore the one true remedy outlined in the Constitution – Impeachment.

According to Article II, Section 4, “the president, vice president, and all civil officers of the United States, shall be removed from office on impeachment for, and conviction of, treason, bribery, or other high crimes and misdemeanors.”

I am no constitutional scholar by any means; but, the Constitution was written for all people to be able to understand it in order to be able to enforce it. Many individuals may not understand what would constitute treason or high crimes but everyone understands misdemeanors. If not, a few questions, answered honestly, would determine if the president is “taking care that the laws are faithfully executed.”

When laws are passed, those laws are to be implemented and enforced in their entirety, as long as those laws are within the scope of power delegated to Congress by the Constitution. The best example are the immigration laws. No one in the United States can ignore parts of that law they do not like. However, Obama and his Department of “In”Justice have determined not to enforce certain parts of the immigration law while using executive power in order to change that law. Does the President have the authority to pick and choose laws or which parts of laws to execute? Obama says he has that power. To reinforce his own belief in his usurped authority, Obama has altered, through executive mandate or order, the Obamacare employer and individual mandates. Granted, Obamacare is unconstitutional but the executive branch does not possess legislative powers. Any one man who is allowed to make law independently is considered a dictator or tyrant. So, in Obama’s belief that he has authority to determine how to faithfully execute the law, he is in essence saying he has authority to make or change law.

Obama has continually supported the Muslim Brotherhood, a known terrorist organization. He has sided with the terrorist sects that have infiltrated the Syrian rebels against the Assad regime. Obama supported the Arab Spring takeover in Egypt. He supported the downfall of the government of Libya placing it in the hands of Islamic terrorists. His own administration is stacked with members of the Muslim Brotherhood and he frequently follows the advice of pro-Islamic organizations. Obama is involved either directly or indirectly in every unresolved scandal plaguing Washington DC.

It doesn’t take a constitutional scholar to be able to see these acts as “high crimes and misdemeanors” or treason. Anyone who breaks the law is determined to be a criminal. With Obama exceeding his authority as outlined in the Constitution, Obama has broken the law thereby committing a crime worthy of impeachment.

Whether Obama would be convicted of treason or not, it is important the House exercise its Constitutional authority and file articles of impeachment against this usurper for high crimes and misdemeanors along with treason. Anything less on the part of Congress is political grandstanding leading into the mid-term elections.

Editor’s Note: The Washington Examiner is reporting that Obama is threatening to veto the bill. –Tim Brown, Editor of Freedom Outpost

President Obama is threatening to veto a law that would allow Congress to sue him in federal courts for arbitrarily changing or refusing to enforce federal laws because it “violates the separation of powers” by encroaching on his presidential authority.

“[T]he power the bill purports to assign to Congress to sue the President over whether he has properly discharged his constitutional obligation to take care that the laws be faithfully executed exceeds constitutional limitations,” the White House Office of Management and Budget said Wednesday in a statement of administration policy. “Congress may not assign such power to itself, nor may it assign to the courts the task of resolving such generalized political disputes.”

Obama also threatened to veto another bill by Rep. Ron DeSantis, R-Fla., which would require the administration to explain decisions not to enforce laws when those decisions are rooted in policy concerns rather than just constitutional concerns (which the Justice Department is already required to do).