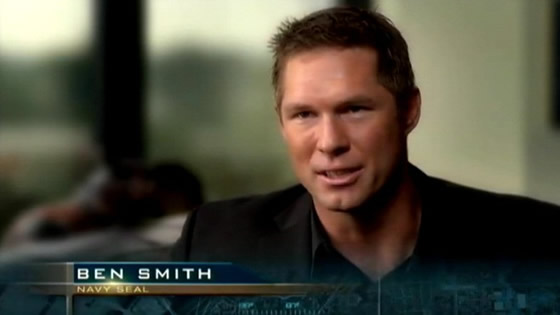 Last year, using the Sandy Hook  false flag (see”“Sandy Hook massacre was a ‘contrived event,’ says former state trooper Wolfgang Halbig”) as an excuse, and in contravention of the Second Amendment to the U.S. Constitution, the state government of Connecticut passed a law, SB 1160: An Act Concerning Gun Violence Prevention and Children’s Safety, requiring all gun owners to register their firearms by January 1, 2014.

The new law bans the sale of magazines holding over 10 rounds and “assault rifles” manufactured after 1994 and requires that residents who possessed either before the ban to register them with the state.

Hundreds, if not thousands of gun owners, have not registered by the deadline, either because of slow mail delivery or because they outright refuse to comply with the Sandy Hook-inspired law. For these gun owners, late registration is NOT an option: they are ordered to surrender their firearms or face arrest.

Benjamin Smith is a U.S. military veteran who served in the Navy for 6 years, including as an elite SEAL in the Navy’s Sea, Air, Land teams. The SEALs are the Navy’s principal special operations force and a part of the Naval Special Warfare Command and United States Special Operations Command.

This is Smith’s “Open Letter” to all Americans on the Connecticut state government’s gun grab, which he posted on his Facebook page. (You can also check out his eponymous blog here.) FOTM is grateful to Benjamin Smith for allowing us to publish his letter.

OPEN LETTER to the AMERICANS IN CONNECTICUT AND OUT

A State Government (CT) seeks to physically take our guns and, in so doing, the First and Second Amendments, from its own citizens against the Constitution of the United States of America. Know that YOU ARE NOT ALONE, America is with you!

Our so-called movement leaders feel safe to talk the tough talk and regale on the tumult of the times we live. But will you stand firmly and speak straight when it is time to back up the claims we make? Most won’t. But will you?

Will you, my fellow Americans, stand your ground, even knowing your outcome is grim and most likely fatal? Will you fight knowing you will fall, never seeing the glory for which you fought? But you will have peace, for if we do not stand our ground, we are already in chains — spiritual chains. Would you give up everything, even your life, for Freedom and Liberty — not in suicide, but in American Glory!

The Second Amendment is precious. People died for this idea to even exist, let alone be remembered by us today because they wouldn’t give up their guns when they were told to so. Lexington and Concord are cases in point. It wasn’t just one person. These were men of purpose who quickly formed up and just went, knowing full well they might die that day with Free Will and God in their hearts.

We may be called to serve that duty because they have compelled us to the separation. Remember your oath!!!! Might you be called to kill for it? What does the BILL OF RIGHTS mean to you?

(Aside) Military men, you know this in spades. You have been there. Educate the people around you, be the leader you swore an oath to be!!!!!!!!

“In questions of power, let no more be heard of confidence in man, but bind him down from mischief by the chains of the Constitution.” -Thomas Jefferson

We can’t be alone in this, we have to come to each other’s aid. An unjust act demands a measured and just response, flaming into a political conflagration that in turn, provokes retaliation. They want you divided to separate you. They will come to your individual houses and take you with a squad knowing we will let it happen in our own neighborhoods and do nothing. We have to let them know that unconstitutional or tyrannical acts will be met with the full force of the Second Amendment itself! This will get ugly real fast . . . .

It’s not in the news because they — the fascists, communists, socialists, Marxists –know what happens if you WAKE A SLEEPING GIANT. Shhhhh. . . . They got really messed up the last time they tried to take us in WW2. With stories like the Connecticut gun-grab being squelched, might it be time to dust off your weapons and see if they still work? We are the hero we have been calling for. He has been within us all along. It is you, and everyone else all around you. It’s us. WE ARE THE SLEEPING GIANT!

Have a response team (of friends, citizens, PATRIOTS) that moves to respond to take the long shots (old people can shoot too). Know your neighbors, make a plan, and work together. Find out what they believe and think. Yes, we may become involved in something that has us not lasting long at all, we probably won’t even survive. But future historians will recognize this as one of those times that changed the direction of History itself. By guns, politics, or character assassination, we will all take extreme hits from all directions. But would you turn from standing for what you believe, for the chains of slavery????

“Contemplate the mangled bodies of your countrymen, and then say ‘what should be the reward of such sacrifices?’ Bid us and our posterity bow the knee, supplicate the friendship and plough, and sow, and reap, to glut the avarice of the men who have let loose on us the dogs of war to riot in our blood and hunt us from the face of the earth? If ye love wealth better than liberty, the tranquility of servitude than the animated contest of freedom, go from us in peace. We ask not your counsels or arms. Crouch down and lick the hands which feed you. May your chains sit lightly upon you, and may posterity forget that you were our countrymen!” -Sam Adams

Tyrannical law and unconstitutional acts are to be met with the ferocity that is natural manure at the foot of the Tree of Liberty! This will not stand! This is virtually uncovered in the big media, even on national television and Fox. This issue is one to unite us. How we act will determine whether America will have 100 years more of quasi-peace or plunge us into a civil revolutionary war. You have no chance if you do nothing. If what you are doing is not working, do something else. DO ANYTHING ELSE!!!

My prediction: In the end, we will see the authorities back off. This is a tactic to see if we will stand and push back. It they know we will not, they will start to roll on us hard, knowing we will fold. We usually do, if not in the immediacy, we usually let our guard down eventually. Such is the consequence of being “too free.”

But if they see that we are together and will stand, they will stand down and skulk back into the shadows, waiting for another go at us. It’s the way bullies and communism have worked since the beginning.

I think and pray and hope with all my might that these people retract from this treasonous behavior, and when they do, we come after them with everything we can to remove them from office by vote or any means necessary because it is Treason when they actively come to enslave you. In the end, this is what gun control is about really. It’s that simple.

AMERICA LIVES IN MY HEART AND IN MY HANDS!

Smith has been in touch with the group in Connecticut that is defying the gun registration requirement. The group vows to resist the sheriff who has indicated he would break down gun owners’ doors if necessary.

1. A ploy from the Veterans Administration: Molloy has received a letter from the VA offering him 4 free gun locks “to ensure the safety” of his family, especially “the children.” Molloy believes this to be a ploy on the part of the VA (i.e., the Obama Administration) to learn which veterans may be gun owners so that, when the government demands that vets surrender their weapons, the VA will know the identifies of veterans who do not comply. Those vets will lose their VA benefits.

2. Obama has nominated an adamant opponent of the Second Amendment to be the next Surgeon General. He is 36-year-old Vivek Murthy who:

Contact your senators and tell them to vote against Murthy’s confirmation to be U.S. Surgeon General!

For all the evidence of the Sandy Hook massacre being a phony “false flag” incident, go to our “Sandy Hook Massacre” page.