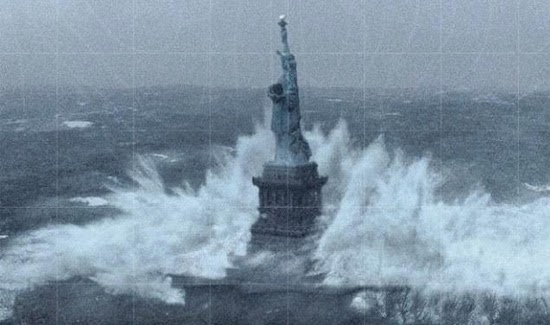 Like a married man preparing to cheat on his wife, the Republican Party is circling around amnesty while pretending not to, making excuses, professing love for its base and then when it thinks no one is looking, it makes a run for the open border.

Amnesty is a cheap date for Democrats and Republicans. For Democrats, it puts a lot of cheap votes on the table. The Democrats have been using immigrants as cheap votes before the invention of the telephone. And the Republicans justify their betrayal by convincing themselves that they can begin scoring 39 percent of the Hispanic vote in all their elections again without considering what 11 percent of 11 million will do to their margins in even the reddest red states.

Paul Ryan, who can do the math for everything else, loses his calculator when it comes to counting the impact of a population that is already a disproportionate drain on social services and enthusiastically supports big government spending,

But big business has always supported cheap labor, which is why the Republican establishment may spend 5 minutes at home with its base before heading back to D.C. for a lecture on how illegal alien amnesty will turn the economy around. Illegal alien amnesty is even more damaging to the voting base of the Democrats than of the Republicans, but that hasn’t stopped the AFL-CIO and the NAACP, organizations whose members will take a severe beating from an illegal alien amnesty, from selling out the people they claim to speak for and joining the amnesty parade.

After a decade, illegal alien amnesty that leads to citizenship and family reunification will kill the ability of the Republican Party to win national elections. But it will also kill the ability of black men under thirty to find a job. Black unemployment is already staggeringly high and throwing in millions of new low-skilled workers will make urban centers more blighted and dangerous than they are now.

But nobody in D.C. cares about that, even though many of the blighted neighborhoods are not all that far away from the gilded centers of power. Blight means cheaper votes for the Democrats and more fear among Republicans translating into political dividends for both parties whose rulers will stay behind their heavily policed islands of mansions and museums while the rest of the country burns.

The debt is real, the jobs aren’t.

College degrees don’t create a middle class. Neither does the occasional tech boom out of Silicon Valley. The American middle class had three traditional gateways. Small business, manufacturing work and government jobs. Only government jobs ares still booming and big government can’t hire everyone. The people it has hired have become a ticking time bomb of unfunded pensions that falls on the rest of the middle class.

The original middle class expanded itself. The new middle class is a government toll road paid for by the shrinking middle class. While the government talks about opportunity, what it is really doing is reducing the middle class to a taxpayer-subsidized bureaucratic caste that it must subsidize. It’s a pyramid scheme that becomes unsustainable and hides that fact by talking about taxing the rich

Amnesty creates more “clients” for the government bureaucracy to oversee while making it harder for the lower class to make it up to the middle class outside the government’s toll road. It feeds in more cheap labor and cheap votes into the machine with the same old results. 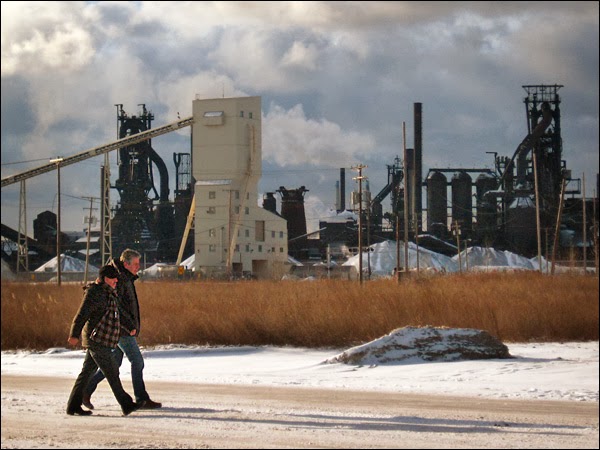 Big business is less interested in the middle class these days. It has become comfortable marketing slave labor products to the lower class and higher end products to the upper class. America is just another market to it and it treats it much like it does China or Mexico, focusing on glutting appetites with no concern for the country that it does business in.

Amnesty is a declaration of war by big government and big business against the American middle class. It is a statement that they have no room for the middle class in their vision of the country.

The latest amnesty deal has goodies for everyone. There will be cheap tech labor for Silicon Valley, some of which will eventually try to blow up skyscrapers, bridges and tunnels. But we’ll pin a Green Card on them first and worry about the consequences later. There will be the promise of more border patrol officers, in the hopes of shutting up their labor union which has been rather vocal lately. And a guest worker program, which as any European country can tell you, is actually an immigrant program.

The American ghetto was created when the northern urban manufacturing jobs imploded, first as the GIs returned from WW2 and then as manufacturing moved overseas. Europe imported cheap labor when times were good and then watched them build No Go Zones when the times became bad. Cheap labor brought back street riots to European capitals and turned burning cars into a national pastime. It also opened the door to a whole new generation of terrorists.

Unskilled labor can go two places. To the legal economy and the illegal economy. Not only does the United States have high unemployment, but Obama’s proposal of a minimum wage hike will make the bottom of the labor market even more blighted. If the employers of legalized illegals are exempt from ObamaCare, they will crowd out existing low wage laborers, also mostly minorities, and force them into surviving on government subsidies or working in the illegal economy. Probably both.

Either way unions looking to stem the illegal competition will still be stymied, but that is a problem for union members, not union bosses. The union bosses have decided that their interests lie in helping Democrats get ahead, no matter what. Their members may lose out but unions are dwindling anyway and turning toward a European model where they may not have large memberships, but they will enjoy guaranteed status in government contracts and on contractor boards. The unions will become a shell, but a very profitable shell, and they will continue to give the Democrats their small percentage of the white male non-college graduate vote.

The Democrats screw each part of their electorate separately, but balance it out with cheap goodies that seem like a prize in the short term. The Republicans back the cheap goodie giveaways and screw their own base collectively, and then belatedly wake up and begin asking who is going to pay for all the goodies. The answer is that the taxpayers will go on paying for it, directly and indirectly, as the economy continues being dismantled as a result of the destructive economic policies that have led to short term booms, but long term busts.

Government overregulation is making life harder for big business, but that just means that manufacturing goes abroad and those same products are made by Chinese workers and exported to the United States. Big business service industries will outsource what they can and weather the rest. Companies that can put down millions in lobbying capital and even more hiring experts who were formerly employed by Federal agencies to help them navigate the new regulations have only so much to worry about. It’s small business that finds it nearly impossible to operate under those conditions.

Big government crafts overreaching regulations which big business fills with loopholes leaving behind a cage for small business. That describes ObamaCare and most of the regulatory state.

Big attracts big. Crony capitalism is a lot easier than actual capitalism. Why make bets when you can finance sure things with heaps of government money? America’s new elite looks a lot like Russia or China’s elite, an oligarchy that blends big government and big business, big bribes and big contracts.

The Chinese system makes up for its abuses by generating manufacturing jobs at a furious rate and expanding the middle class. Once it stops doing that, the whole system will probably crash, and half of China will turn into the rust belt, full of ex-farmers turned factory workers with no farms or factories to work at.

But the American system has become no better, tossing out technocratic gimmicks as meaningless sops to an economic disaster. In a State of the Union address, Obama promised to turn the rust belt into trading hubs full of 3D printers. He might as well have promised to hand out magic beans.

The Democrats did their part to destroy American industry and their liberal base makes reviving it impossible. Any plans to revive manufacturing in America are limited to Green Energy gimmicks. 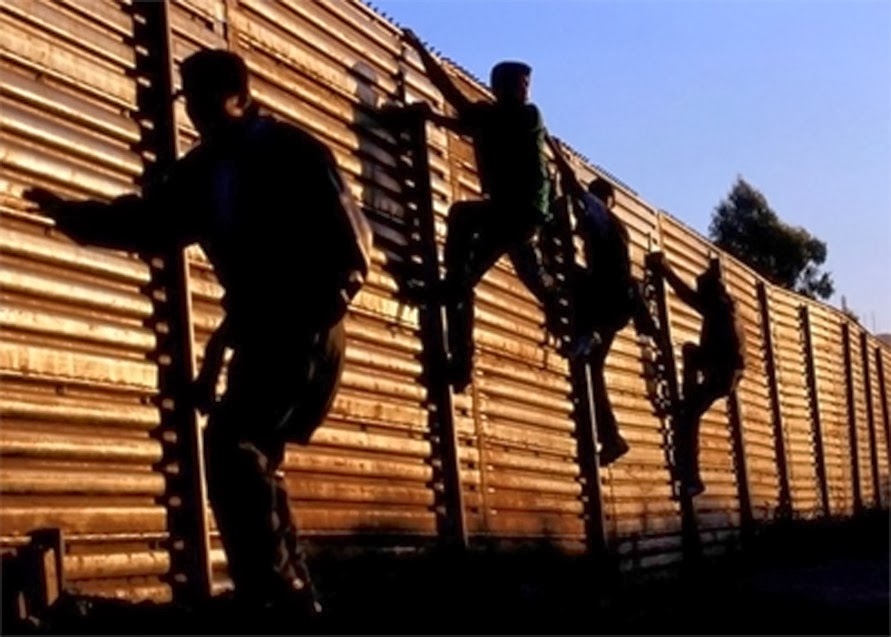 Having killed the industries in their states Democratic state governments face hollow economies that are big on big government and empty of a tax base. But the shift of industries to red states is likely to turn them blue as populations fed on gimme rhetoric follow them in search of jobs leaving behind a scorched earth of welfare ghettos only to create new ones in their new location. The future still belongs to the Democrats, but it’s a short term future that will see them presiding over rubble and ruin. A hollow victory that makes them the Ozymandias of Detroit.

State governments that experience a boom are pressured to “invest” that money in education and the rest of the social welfare network that will become a sinkhole once the boom ends. And when the boom ends, then Texas is likely to become another California.

The ability to expand and sustain the middle class is what separate a failed state full of cheap labor and cheap votes from a nation. And that requires forward motion. America still has enough technical skill to create technological revolutions, but lacks the infrastructure to take advantage of them. The iPhone may have come out of America, but it’s built in China. Until that changes, America will not have a secure middle class.

The American worker has emerged as the collateral damage in the war between big government and big business. Amnesty for illegal aliens is the one area where both sides can agree on destroying the middle class.