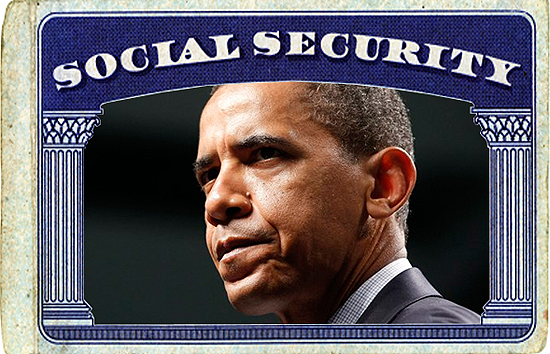 Back in December, Judge Ellen Lipton Hollander ruled to grant attorney Orly Taitz “an opportunity to file a second amended complaint and add allegations of SSA not doing a proper search and withholding records” in the Obama Social Security fraud case. In that report, I indicated that there should be news on that case in mid-January. However, things had not progressed as planned and part of the problem was an error by the court, which has now been corrected.

In an interview last week with Freedom Outpost, Mrs. Taitz told us that she was still waiting to hear from the courts in Washington, D.C. and Maryland. “I did have a favorable decision from Judge Ellen Lipton Hollander in Maryland, where she denied the motion to dismiss by the defense. They wanted a summary judgment ruling that there is no social security number… this Harry Bounel, that Obama is using his social security number.”

“The judge said ‘No, you did not do a proper search,’ and she refused to give them the summary judgment,” Taitz said.

Part of the reason for the delay in Judge Hollander’s decision was due to the Justice Department asking for an extension so that they would have more time to respond, according to Taitz.

As of today, according to her website, evidence that had disappeared from the docket in the case before Judge Hollander has miraculously appeared. The post dated March 14, 2014 reads in part:

While the documents were missing, Obama supporters on one of the blogs, which is a bully pulpit for Obama’s personal attorney Scott J. Tepper, attacked Taitz mercilessly, assassinated her good character and called Taitz the worst lawyer and many other names, claiming that Taitz does not know how to file documents and pleadings. Now the order by Judge Hollander revealed that Taitz knows how to file and an error was made not by Taitz, but by the court itself and it was corrected by the court itself. Taitz does not hold her breath waiting for an apology from Obama supporters.

The documents Taitz filed on Friday can be downloaded and viewed here.

Taitz also informed us that she will be dealing with the selective service registration of Obama.

“That’s a case against the Postmaster General,” Taitz said.

Taitz also informed us that a retired Chief Investigator from the Special Investigations of the US Coastguard, Stephen Jeffrey Coffman, submitted an affidavit that Barack Obama’s selective service registration is fabricated, and also has a fabricated postal stamp on it.

So far, Taitz has submitted her complaint in that case, and is awaiting a decision from Judge Royce C. Lambert. In addition, she said she is awaiting the decision of a RICO case in Mississippi with multiple defendants. Among the list of defendants in the case is former Hawaii Department of Health Director Loretta Fuddy, who was killed in a plane crash in December. According to Taitz, the National Transportation Safety Board (NTSB) is still investigating the crash.

Taitz is also dealing with another case in California on behalf of a candidate. She pointed to a recent ruling by the Ninth Circuit Court of Appeals which gives her hope that there is precedent for dealing with the cases that she is involved with. This particular ruling affirmed the right of the Secretary of State to throw off the ballot anyone who is ineligible. The case she is pursuing involves a female candidate against Barack Obama, and they are waiting to see how that decision will play out, considering the Ninth Circuit Court’s earlier ruling.

Orly Taitz works these cases pro-bono and any donations, prayers and support are appreciated.

She has also filed to run for Attorney General in California. If you would like to support her efforts, her website for her AG run is RunOrlyRun.com.