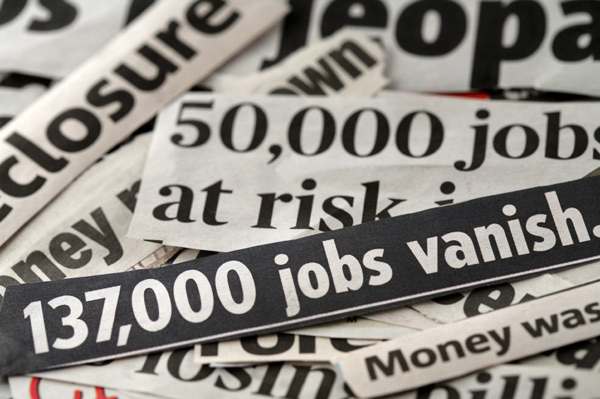 We can cite scores of statistics and financials that prove without a shadow of a doubt that the U.S. economy is in a tail spin and won’t be recovering any time soon. Abysmal home sales, continued degradation in the national employment numbers, sky rocketing national debt, and ever rising consumer prices all point to serious problems.

But one number in particular pretty much sums it all up. It depicts not just the worsening state of our economy, but puts the lies and machinations of the U.S. government on full display for the world to see.

You’ll often hear the media cite the U.S. Gross Domestic Product (GDP) as a measure of economic growth. It measures the rate at which our economy grows.

In 2013, for example, our GDP was $17.08 trillion, up from the previous year’s $16.42 trillion. So, all of the goods and services sold throughout the United States (essentially, all of the money spent by Americans) rose about $661 billion dollars year-over-year.

Most people might look at the number, see 4% growth, and say it’s a no-brainer. How can the economy not be growing if the GDP rose?

The answer is simple. And when you look at it from the perspective Karl Denninger of the Market Ticker outlines below, you can’t help but realize that you’ve been purposely duped into believing that things are getting better. Just the opposite is true.

When looking at GDP you absolutely must account for the manufactured credit infused into the system during this same time period. When you do you’ll see just why the economy is not growing in any way, shape or form.

It is, in fact, contracting.

However, The Federal Reserve added $1.112 trillion in credit (unbacked by anything) during the same period of time; that’s a debasement of the units in which GDP is reported of 6.51%.

So the real change in the economy is in fact negative 2.51%.

We are factually in a recession.

There can be no progress economically or politically until the lies are stopped.  These are not mistakes; both the hosts and guest are fully-aware of The Fed’s balance sheet.

That extra trillion dollars slammed into the system by The Fed pretty much wipes out any growth noted by the Federal government’s statistics, because we never actually earned that money. It’s debt. Not growth!

Incidentally, the other oft cited measure of economic health is the Dow Jones Industrial Average, which currently sits around record all-time highs of 16,000 points, is likewise benefiting from this illusion. Guess where that stock market “growth” came from? Yes, the very same credit being used to prop up the economy (that $85 billion or so in Fed Treasury purchases every month) is also keeping stocks at record highs.

Back on Main Street, where most Americans live, we’re feeling the effects. Do we need to mention that the Patient Affordable Care Act has just forced working Americans to spend up to quadruple on their monthly premiums? Or that millions of Americans who are unemployed and no longer counted in the official statistics have absolutely no income whatsoever because their unemployment insurance has run out? Or that the price of everything from food and energy to rent and clothing is rising?

That kind of thing tends to happen when you debase your currency.

Last week famed contrarian economist John Williams noted that the economy gave a powerful recessionary signal in January that had not been seen since right before the market crash in 2007. Furthermore, one of the leading economic indicators of a recessionary environment is the price of copper because it is so closely associated with global growth. It has dropped significantly in recent months and it could well be signaling a coming crash in stocks just as it did in 2008.

When, not if, this thing buckles again we’re going to be in for an unprecedented period in U.S. history.

The system was on the brink of total collapse in 2008, as evidenced by Representative Brad Sherman on the House floor:

Many of us were told in private conversations that if we voted against this bill on Monday, that the sky would fall, the market would drop two or three thousands points the first day, another couple thousand the second day, and a few members were even told that there would be martial law in America if we voted no.

They’ve used up all of the tricks in their magic hat. One misstep here and we’re going down. Any number of domestic or geo-political events could trigger a meltdown in U.S. stock markets and send the broader economy crashing.