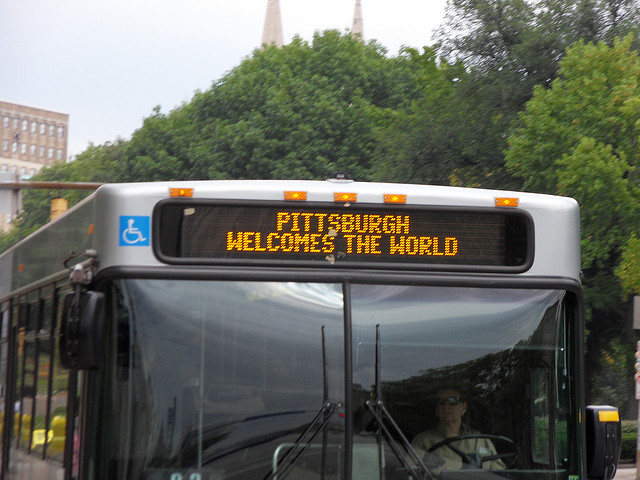 Illustrating again how the federal agency has long since expanded its operations outside of airports, bus passengers in Pittsburgh will be eyeballed by TSA agents during a “security exercise” involving multiple agencies that began Thursday.

“The Port Authority said today they are working on a joint training exercise with the Transportation Security Administration, which will include TSA agents, Port Authority Police and first responders,” reports CBS Pittsburgh.

The exercise is being led by the TSA Mass Transit and Passenger Rail Division, but authorities have refused to release any details, asserting only that passengers should expect to see “increased security” at bus and transit stops.

Far from restricting itself to the nation’s airports, the TSA routinely conducts exercises as part of its involvement in over 9,000 security checkpoints every year. Back in 2011, we reported on a TSA drill that covered three states and 5,000 miles.

During an “anti-terror exercise” in 2012 which involved TSA agents riding on buses in Houston, passengers were interrogated about their behavior and journey details as well as being subjected to random bag searches.

The community responded by attending a Houston METRO board meeting in numbers to protest against what they saw as nothing more than a “pretext to harass people.”

The METRO board were even presented with a copy of the constitution in an ironic gesture meant to make the point that having government agents harass travelers on buses as they try to go about their business is a violation of the 4th amendment and an onerous abuse of federal power.