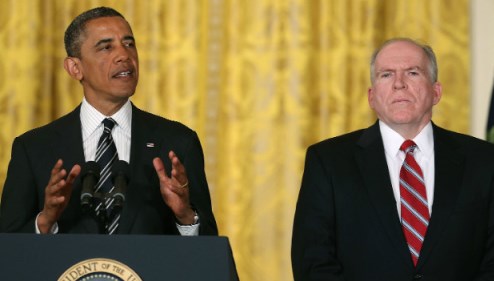 CIA director John Brennan is at it again—equivocating over the nature of jihad by evoking paradigms familiar to the West.

Last Tuesday, “during an event at the Council of Foreign Relations, Brennan was asked about the ‘war of ideas’ surrounding Islam, which the questioner said many Americans tend to equate with violence.”

The CIA chief responded by saying that al-Qaeda’s ideology is “a perverse and very corrupt interpretation of the Qur’an”; that “al-Qaeda has hijacked” Islam; that “they have really distorted the teachings of Muhammad.”

Even so, “that ideology, that agenda of al-Qaeda,” confirmed Brennan, “has gained resonance and following in many parts of the world.”

So what is the CIA chief’s explanation as to why such a “perverse and very corrupt” understanding of Islam—one that has “distorted the teachings of Muhammad”— resonates among Muslims?

He gives none—other than to say that this ideology is “fed a lot of times by, you know, political repression, by economic, you know, disenfranchisement, by, you know, lack of education and ignorance, so there—there are a number of phenomena right now that I think are fueling the fires of, you know, this ideology.”

Interestingly, if you watch the video clip of Brennan talking, you will note that he only “you knows” in the above quotation (four times) and right before it, when he says that al-Qaeda has “distorted the teachings of Muhammad, you know, for violent purposes.”

The rest of his talk is relatively smooth.

Could Brennan be self-conscious of his own equivocations—hence all these stilted “you knows” in one sentence?

Could he be aware of the Rand Corporation report on counterterrorism, prepared for the Office of the Secretary of Defense in 2009?   It found that “Terrorists are not particularly impoverished, uneducated, or afflicted by mental disease. Demographically, their most important characteristic is normalcy (within their environment). Terrorist leaders actually tend to come from relatively privileged backgrounds.”

At any rate, this is all déjà vu.  Back in May 2010, I closely examined Brennan’s apologetics on jihad in an article that, in light of these recent remarks of his, is just as applicable today as it was nearly four years ago.  It follows:

“The greatest hurdle Americans need to get over in order to properly respond to the growing threat of radical Islam is purely intellectual in nature; specifically, it is epistemological, and revolves around the abstract realm of ‘knowledge.’ Before attempting to formulate a long-term strategy to counter radical Islam, Americans must first and foremost understand Islam, particularly its laws and doctrines, the same way Muslims understand it—without giving it undue Western (liberal) interpretations. This is apparently not as simple as expected: all peoples of whatever civilizations and religions tend to assume that other peoples more or less share in their worldview, which they assume is objective, including notions of right and wrong, good and bad. …. [T]he secular, Western experience has been such that people respond with violence primarily when they feel they are politically, economically, or socially oppressed. While true that many non-Western peoples may fit into this paradigm, the fact is, the ideologies of radical Islam have the intrinsic capacity to prompt Muslims to violence and intolerance vis-à-vis the ‘other,’ irrespective of grievances…. Being able to understand all this, being able to appreciate it without any conceptual or intellectual constraints is paramount for Americans to truly understand the nature of the enemy and his ultimate goals.”

Such were the words that opened my testimony to Congress. One year later, none other than President Obama’s top counter-terror adviser, John Brennan, has come to personify the approach I warned against, that is, the misguided phenomenon of westernizing Islamic concepts.

During a speech at the Center for Strategic and International Studies, John Brennan described violent extremists as victims of “political, economic and social forces,” but said that those plotting attacks on the United States should not be described in “religious terms.”

In other words, despite the fact that Islamists describe all their goals in “religious terms,” Brennan sees them as naught more than victims of the system. And why is that? Because Brennan believes that “political, economic and social forces”—the three I specifically stressed in my excerpt above—are the only precipitators to violence. So jihadis can openly articulate their violent bloodlust through religious terms all they want, it matters not: Brennan and his ilk have their intellectual blinders shut tight and refuse to venture outside the box.

Next, our counter-terror adviser evokes the perverse logic behind the administration’s recent decision to censor words offensive to Muslims (which I closely explored here):

Nor do we describe our enemy as “jihadists” or “Islamists” because jihad is a holy struggle, a legitimate tenet of Islam, meaning to purify oneself or one’s community, and there is nothing holy or legitimate or Islamic about murdering innocent men, women and children.

Inasmuch as he is correct in the first clause of that sentence—”jihad is a holy struggle, a legitimate tenet of Islam, meaning to purify oneself or one’s community”—he greatly errs in the latter clause, by projecting his own notions of what constitutes “holy,” “legitimate,” and “innocent” onto Islam. In Islam, such terms are often antithetical to the Judeo-Christian/Western understanding. Indeed, the institution of jihad, according to every authoritative Islamic book on jurisprudence, is nothing less than offensive warfare to spread Sharia, a cause seen as both “legitimate” and “holy” in Islam.  Jihadis regularly seek to “purify” themselves and their communities by purging them of “infidels” and their influences.  As for “innocence,” by simply being a non-Muslim infidel, one is already guilty in Islam. Brennan understands the definition of jihad; he just has no clue of its application. So he is left fumbling about with a square peg that simply refuses to pass through a round hole.

Brennan defined the enemy as members of bin Laden’s Al Qaeda network and “its terrorist affiliates.” But Brennan argued that it would be “counterproductive” for the United States to use the term, as it would “play into the false perception” that the “murderers” leading war against the West are doing so in the name of a “holy cause.”

Fine, do define the enemy as members of bin Laden’s Al Qaeda network and “its terrorist affiliates,” but do also define the cause that binds these “terrorist affiliates” together in the first place. Of course, one need only read their writings to know that they adhere to one and the same cause: the establishment of a hegemonic caliphate that governs the world according to Sharia. As for Brennan calling the terrorist affiliates “murderers,” would he also be willing to apply that epithet to their prophet Muhammad, who was wont to send assassins to, well, murder his critics, including poets and one old woman whose body was dismembered by her Muslim assailants—assailants who were no less convinced that they were involved in a “holy cause” than were the 9/11 hijackers?

It should be further noted that this tendency to project one’s own cultural norms and priorities onto others is the height of arrogance and ethnocentrism—precisely what liberals constantly warn against. Yet the irony is that “open-minded” proponents of cultural relativism are also the ones most prone to westernizing Islam. When Brennan insists that jihadis are really not motivated by religion but rather are products of “political, economic and social forces,” is this total dismissal of the “other” and his peculiar motivations (in favor of Western paradigms) not the epitome of cultural arrogance?

This article first appeared at RaymondIbrahim.com 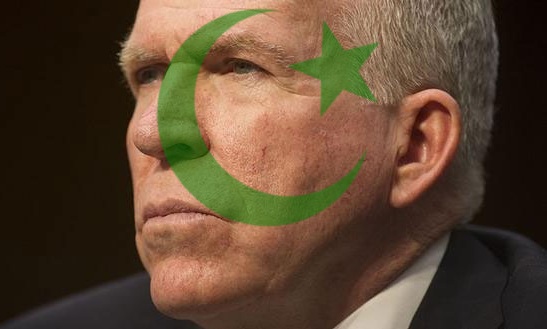