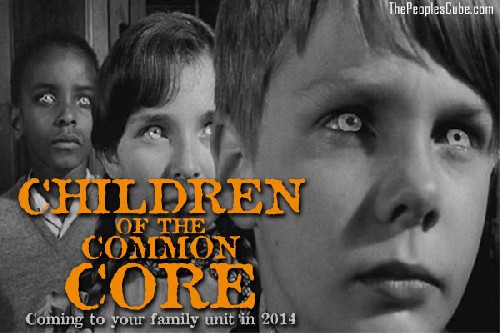 I am not attempting to be the bragging father, but my 13 year-old-son is university material. He is not only bright, he also loves to learn and his academic performance is very good across all educational disciplines. Further, he never gets into trouble because it makes no sense to do so since that would take away from what he loves to do which is to master new subjects. Most of my son’s classmates share similar attributes. My son is having an increasingly rare educational experience. Every one of his teachers are highly trained, highly qualified and seemingly cares about the children they teach. As parents, we could not be happier with the professionalism of his teachers and the leadership provided by the school’s administration. As a parent, I am one critical hombre, but I have nothing but praise for the educational opportunities that my son is experiencing, except in one area. The educators in my state and in your state lack courage, nor do they possess the fortitude to stand up to injustice. Unfortunately, a disturbing thing happened at my son’s parent/teacher conference this past week. My son’s teachers and their bosses are unwitting accomplices in the active dumbing down of the curriculum and they are all aware of this transgression being committed against the integrity of our children’s collective educational futures. Your children’s teachers, administrators and school board members are this generation’s answer to the “I was just following orders” crowd. These educators frequently state that “I see problems with Common Core, but it would not be good for me to speak out.” Our children need educators, administrators and school board members who have the courage to speak out against all injustices which impact our children. The educators in America are proving to be among the biggest sheep in the country.

Under Common Core, a student is not expected to take Algebra until 9th grade. When you and I were in school, we took Algebra in the 8th grade. This means that if our children progress through high school on the Common Core sequence, our children will not qualify for entrance into a four year college/university. This is called the dumbing down of America and our teachers are aware of this fact.

Passive Complicity Is Challenged By a Renegade Parent

As we were talking about how my son was going to be testing into Algebra in the 8th grade, I brought up the point that a child should not have to test into something that every child was taking at the same age less than five years ago. I got the “Well, that’s the standard being put forth by the federal government and Common Core…” I responded with a statement of my own as I said “Don’t educators have an obligation to do what is best for our children when we fully understand the negative consequences of our naction?” At this point, you could see the mood of my son’s core teachers changing as they shifted their positions in their seats and started looking down in order to avoid eye contact with me. Most people are uncomfortable with conflict, however, this is my son’s future that is at stake, so I relished the moment. My son’s math teacher spoke up and said “Well, that’s the government…. (lol).” I was not laughing. I responded with “Even your Principal is aware of this as we discussed the fact that it would take summer school for my son to qualify for college/university entrance. She’s aware of it, you are aware of it and most educators are aware of it. When do people at the grass roots level develop the balls to say this is not good for our kids and stand up to the almighty and unconstitutional Department of Education and say NO?” And I added, “Over the next four years, as parents discover this major transgression against our children, they are going to be rightly screaming at you and the school board. Aren’t you worried about that day?” That day is not yet here, so these teachers focus on what will get them though today. The following is what I believe every parent should understand about Common Core and math followed by a description of what my family is doing to compensate for the sabotage being committed against our children’s futures.

The educational mantra of the federal government is that they wish for our students to lead the world in math and science. This is not true! Let’s take a brief look at the Common Core academic rigor in the math domain to see if the federal Department of Education is making good on their commitment to America’s children.

In fact, exclusion of key math concepts is commonplace under Common Core. The Pioneer Institutes examination of Common Core revealed the following deficiencies:

What’s a Good Parent to Do?

There are schools which go beyond Common Core so the dumbing down factor is removed. However, parents must act at an early age in order to minimize the damage being done by the government. Unfortunately, some of these schools enforce such rigid standards that a child cannot be a child. My son’s best friend attends one of the Basis Schools. The education is top notch, but we opted to not enroll our son in Basis, because he would have stopped being a kid. Our son is involved in karate, cross country, piano, golf, choir and the school play. If he were at Basis he would be taking 9-10 subjects at a time and many of his interests would disappear so he could survive the educational demands. In reference to my son’s best friend who attends Basis, he has three to four hours of homework a night, every night. I have noticed that since this boy has started attending Basis, he is showing visible signs of distress and anxiety and I understand why. If this boy arrives at his home by 4pm every day, he has an hour to eat dinner and then start on his homework which he completes by 9pm and it is time for bed. And this is when everything is going well. I am becoming convinced that if parents are going to save their child from Common Core, it might be necessary for children to be home schooled in an environment in which the parent can control the scope and sequencing of the curriculum. However, this requires one stay-at-home parent and in this economy this is increasingly more difficult to find. In fact, only 14% of American families fit this model. The news goes from bad to worse. I would like to report that Common Core only impacts the math curriculum. However, other subjects are impacted as well. Most importantly, your family values and your authority over your child are increasingly being challenged by Common Core and this is something that I will be exposing on an intermittent basis over the next several months. For now, my son gets math tutoring for six weeks in the summer, from a math expert who comes from South Korea. The instruction is excellent. Also, I have resigned myself to the fact that he will be taking a summer math course in order to compensate for Common Core. In the interim, I would appreciate hearing from parents who have found successful alternatives with regard to the education of their children, because I am not seeing many good options out there at the present time.

Please join me in the second hour, on March 23rd from 10-11pm (Central),  when Charlotte Iserbyt, President Reagan’s Assistant Secretary for Education, joins me to discuss the dangers that Common Core poses for our children.

This article may not be reproduced, in full, without express written permission from the author. 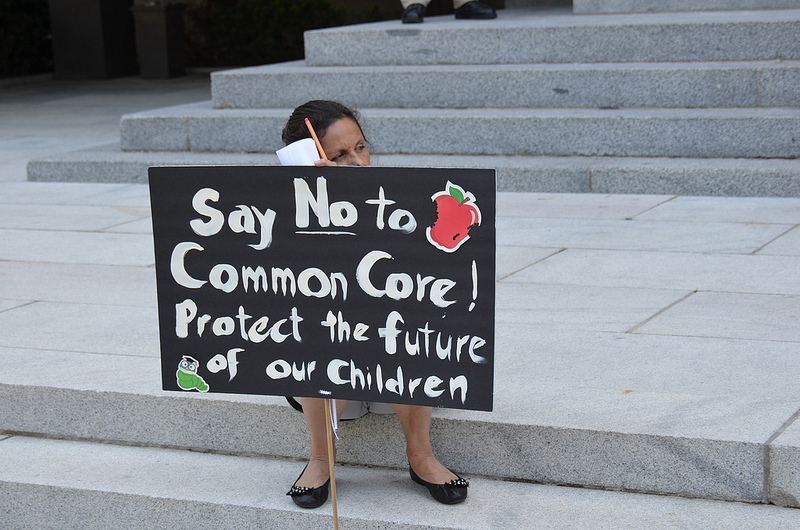