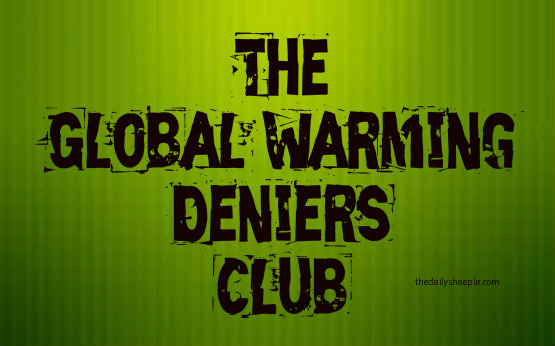 Despite the fact that many parts of the United States have suffered through the coldest temperatures this century (source), one professor from the Rochester Institute of Technology believes that those who deny global warming are part of a grand scheme and should be jailed for criminal negligence.

Dr. Lawrence Torcello has a PhD in Philosophy. In a paper published by an academic magazine called The Conversation, he outlines his belief that “climate denial” is “science misinformation” that should be considered criminally negligent. Torcello’s entire career focuses on this topic. His bio states:

My research interests include ethical theory, and applied ethics, social and political philosophy, and scientific skepticism. Current projects investigate the practical consequences and ethical responsibilities implicit to democratic citizenship in morally pluralistic societies, particularly in the domains of medicine and education, the environment and animal welfare, public policy and political discourse. My recent work pursues the moral implications of global warming denialism, as well as other forms of science denialism. (source)

These excerpts are the highlights of Torcello’s article.

The importance of clearly communicating science to the public should not be underestimated. Accurately understanding our natural environment and sharing that information can be a matter of life or death. When it comes to global warming, much of the public remains in denial about a set of facts that the majority of scientists clearly agree on. With such high stakes, an organised campaign funding misinformation ought to be considered criminally negligent…

[In relation to a deadly earthquake in L’Aquila, Italy] If those with a financial or political interest in inaction had funded an organised campaign to discredit the consensus findings of seismology, and for that reason no preparations were made, then many of us would agree that the financiers of the denialist campaign were criminally responsible for the consequences of that campaign. I submit that this is just what is happening with the current, well documented funding of global warming denialism…

More deaths can already be attributed to climate change than the L’Aquila earthquake and we can be certain that deaths from climate change will continue to rise with global warming. Nonetheless, climate denial remains a serious deterrent against meaningful political action in the very countries most responsible for the crisis…

My argument probably raises an understandable, if misguided, concern regarding free speech. We must make the critical distinction between the protected voicing of one’s unpopular beliefs, and the funding of a strategically organised campaign to undermine the public’s ability to develop and voice informed opinions. Protecting the latter as a form of free speech stretches the definition of free speech to a degree that undermines the very concept…

The interesting thing is, despite Torcello’s pompous assertions, the very people that are profiting are those who are pushing the “global warming” propaganda. Al Gore’s version of “global warming” is nothing BUT a tool for Agenda 21, which will allow the elite to gain control of ALL of the resources on the planet.

Perhaps global warming propaganda pushers are the ones who should be incarcerated, because the only “scheme” I can see where anyone is profiting is that of the  corporations who are exempt from the carbon tax scam that punishes small businesses, farmers, and everyday people trying to get from Point A to Point B. It’s notable that “Al Gore stands to become the first carbon billionaire, sounding the alarm against global warming while spending $30,000 in utility bills for his mansion.” (source)

People like Dr. Torcello are the ones who are complicit in the crime of “scientific misinformation.” They sit in their ivory towers and spew with great misplaced authority the propaganda created by the United Nations. They are the ones who will cheerfully get rid of their vehicles and squeeze into a micro-apartment for “the good of the planet.” Meanwhile, the elite 1% of the planet’s population will sit in their mansions, cooled by air conditioning the rest of us won’t be allowed to have.