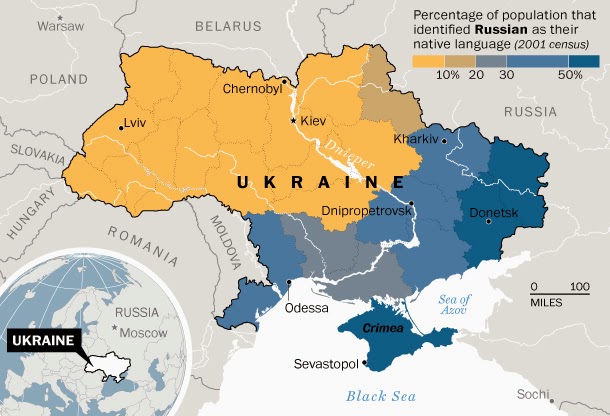 Well…well…the man who could care less about the U.S. Constitution suddenly cares about the Ukrainian constitution and international law…all while his very inaction’s helped fuel this current situation on. And now comes useless sanctions that Putin will just laugh at while calling Obama’s bluff as he sends Russian forces further into the Ukraine.

And those in Poland, Hungary, and the Czech Republic, and even those in Kazakhstan, are all now fearful they could be next.

Knowing his escalations mean NOTHING to Barack HUSSEIN Obama…the very man who drew a ‘red line’ in the sand over Syria and then did NOTHING about it when crossed…Vladimir Putin will manipulate Obama into doing his bidding, because with Russia being a two trillion dollar a year economy, with Russia involved in negotiations to remove Syria’s chemical weapons, and with Russia a player in the game over Iran’s nuclear program, Putin will push Obama into a corner and place the ‘sucker punch’ dunce cap on him. 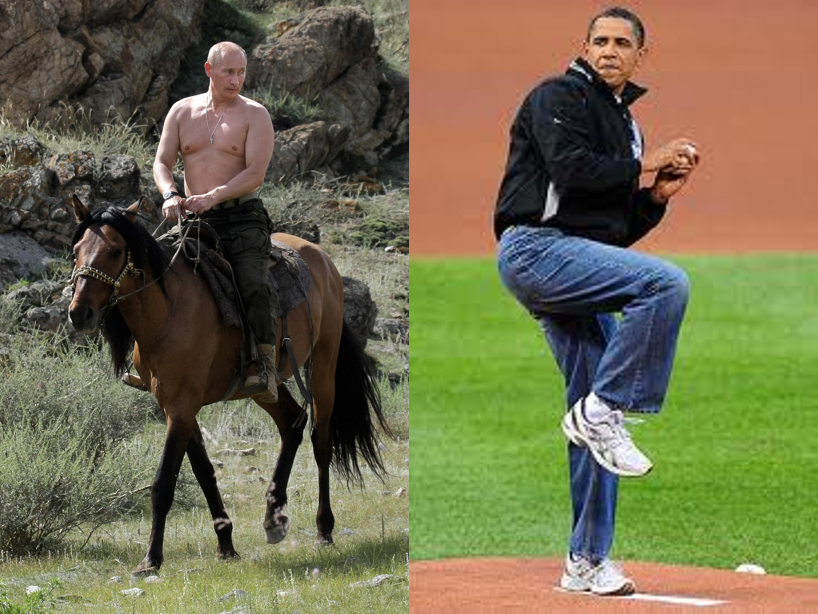 In a vote planned by Crimea’s regional parliament and endorsed by the Russian government…by the Russian Federation…Sunday’s secession referendum was basically a choice between Crimea seeking annexation by Russia or Crimea opting for more autonomy from Ukraine under the 1992 constitution. And coming as NO surprise in a region with a 60% ethnic Russian population the referendum passed with 95% of the vote, and with a turnout reported to be well above the 50% mark that makes the referendum binding.

Again NO surprise but remember also that there was NO option on the ballot for Crimea to remain a semi-autonomous region of Ukraine, causing many like Nikolay Vasilyevich, a Ukrainian professor, to say, “There’s no choice to vote against joining the KGB-run government” … translation: its Putin’s way or else.

And the ‘or else’ would NOT be pretty…that I can guarantee.

And so what becomes of the 40% ethnic Ukrainians living in the Crimea..the very people who refused to take part in the referendum…those who called the referendum “an illegal charade stage-managed by Moscow”…these people are now rightfully scared of widespread discrimination and harassment…or worse…against them, very similar to what happened in parts of nearby Georgia after its 2008 war with Russia.

And adding further fuel to this Ukrainian fire is that while the U.S. and the EU are still seeking a diplomatic solution to this flexing of Putin’s muscle, Putin continues surrounding Ukraine with more and more troops…more and more tanks…in addition to the troops and tanks already in place in Crimea, thus helping to further destabilizing the region.

So as Ukrainians in Kiev are preparing themselves for war what is our anything but fearless leader from behind doing…in a few words…NOT a damn thing of any substance even as many in Ukraine fear that Moscow could be orchestrating violence as a pretext to invading their southern and eastern regions. The fear is so great that it has caused many of age to sign up as volunteers to serve on the front in the event of a Russian attack …all while Barack HUSSEIN Obama slaps (useless) sanctions on Russian officials, self-serving Crimean leaders, and others they hold responsible for the problems in Ukraine.

Sanctions…sanctions so useless as to have Vladimir Putin openly mocking Obama’s attempts to get tough on Russia leading Obama to issue one of his nefarious executive orders. And this order has Obama naming seven Russian officials whose U.S. assets will now be frozen and “may not be transferred, paid, exported, withdrawn or otherwise dealt.” Focusing on individual personal assets NOT on the companies that the officials may manage on behalf of the Russian state, and focusing on any assets that the individuals have in U.S. jurisdiction have been frozen and Americans are prohibited from doing business with them.

Big freakin’ deal! What a leader…what a man…war on the horizon and Barack HUSSEIN Obama freezes the assets of a handful of people…punitive measure at best that are sure to heighten the ever-expanding tensions between the U.S. and Russia…between Obama and Putin. 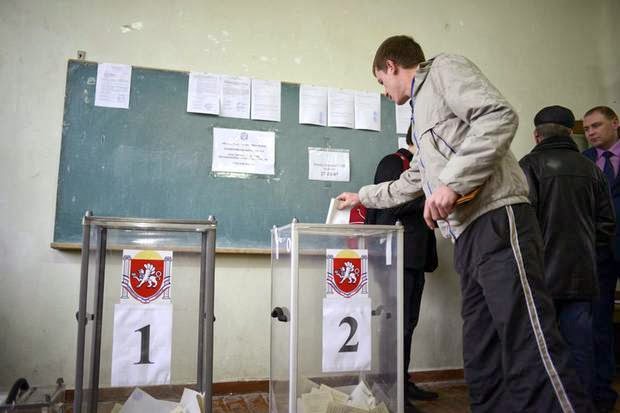 Between a man and a sniveling coward.

And what does the EU do…they announced travel bans and asset freezes on 21 people for their involvement in the Ukraine crisis…another slap on the wrist that must have Putin beside himself with laughter.

Now to add insult to injury, Obama is sending none other than Uncle Joe ‘Bite-Me’ Biden on a visit to Poland and Lithuania next week to help lay the groundwork for plans to help the European countries wean themselves off their dependency on Russian energy sources…on Russian natural gas and oil. But come on…’Uncle Joe’…oh yeah…that will help the situation…NOT.

And as Barack HUSSEIN Obama gets ready to jet off to the Netherlands next week to take part in the biennial Nuclear Security Summit, Vladimir Putin surrounds an independent nation with plans to overthrow their government and bring them back into the Russian fold. Crimea shows it can be done, and Obama’s farce of a reaction and joke of a response shows Putin can get away with it all.

And that is the saddest thing of all…period.