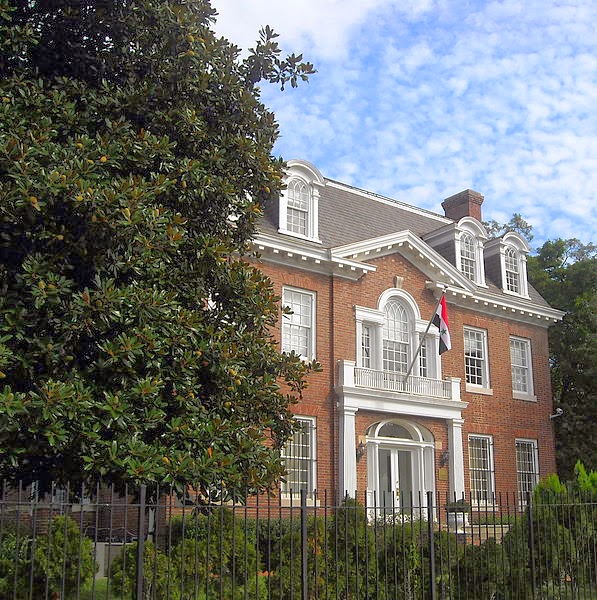 In yet another low reached by the American government, the Obama administration on Tuesday ordered the suspension of the Syrian government’s diplomatic and consular missions in the United States. The U.S. is now requiring all personnel who are not legal U.S. residents to leave the country.

Essentially, the order closes the Syrian embassy in Washington, D.C. as well as its honorary consulates in Troy, Michigan and Houston, Texas.

The decision is alleged to have come as a response to the Assad government’s recent announcement that it will cease consular service for Syrians who reside in the United States.

U.S. Special Envoy To Syria, Daniel Rubenstein, stated, “We have determined it is unacceptable for individuals appointed by that regime to conduct diplomatic or consular operations in the United States.”

Rubenstein continued by stating that the United States would continue to support the genocidal “rebels” and death squads currently terrorizing the nation when he said that “The United States will continue to assist those seeking change in Syria, to help end the slaughter, and to resolve the crisis through negotiations — for the benefit of the Syrian people.”

This decision comes fresh on the heels of the recent insult of limiting the movement of the Syrian envoy to the United Nations, Bashar Al-Jaafari, to the distance of 25 miles within New York City.

A pro-death squad organization, Coalition for a Democratic Syria, expressed pleasure at the U.S. government’s decision to restrict the movement of Jaafari, stating that he has engaged in “a series of propaganda tours” within the United States in order to “mislead and sow discord” among Syrians living in the U.S.

In the end, the closing of the Syrian embassy is only one more sad chapter in the book of the Syrian tragedy, itself entirely directed, funded, and initiated by Western powers and Anglo-American networks.

Brandon Turbeville is an author out of Florence, South Carolina. He has a Bachelor’s Degree from Francis Marion University and is the author of six books, Codex Alimentarius — The End of Health Freedom, 7 Real Conspiracies, Five Sense Solutions and Dispatches From a Dissident, volume 1and volume 2, and The Road to Damascus: The Anglo-American Assault on Syria. Turbeville has published over 275 articles dealing on a wide variety of subjects including health, economics, government corruption, and civil liberties. Brandon Turbeville’s podcast Truth on The Tracks can be found every Monday night 9 pm EST at UCYTV.  He is available for radio and TV interviews. Please contact activistpost @gmail.com.