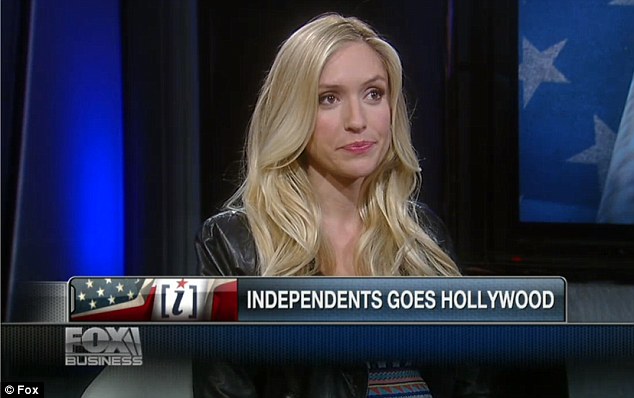 Actress Kristin Cavallari is facing condemnation after she revealed during an interview that she didn’t vaccinate her children due to fears over a link to autism.

During an interview on Fox Business, Cavallari, who had her first child in 2012 and is expecting another this year, responded to the host who lambasted Jenny McCarthy for not vaccinating her children before asking Cavallari, “are you opposed to vaccines?”

“We didn’t vaccinate,” states Cavallari, to which the host responds, “Really! you’re one of those communists?”

When the host claims there is no connection between autism and vaccines, Cavallari cites a pediatric group called Homestead which encourages parents not to vaccinate and hasn’t documented a single case of autism, before noting that vaccines also now contain mercury.

In a follow up interview with Huff Post Live, Cavallari said she didn’t even plan to speak out on vaccines, but that she had “read too many books” on the issue and that autism’s prevalence had no explanation. “Something’s going on, whether it’s the chemicals in our food or the vaccines because there’s more mercury….something’s happening we can’t really ignore that, I choose to believe it’s in the vaccines, to each their own and that’s where I stand on it,” said Cavallari.

In answering a question about her private decision not to vaccinate her own children, Cavallari was not seeking to make a big drama out of the issue, but the establishment media predictably came down on her like a ton of bricks anyway, with numerous news outlets slamming The Hills star as spouting “pseudoscience” and being a “vaccine nut”.

Another website snarked that Cavallari and her husband Jay Cutler were part of the “dumb vaccine crowd”.

With a deluge of mainstream media outlets rushing to denounce Cavallari’s personal decision as a mother not to vaccinate her children, one would be forgiven for thinking that the pharmaceutical industry, which spends around $2.4 billion dollars a year on direct-to-consumer television advertising every year, was in cahoots with the corporate press. That couldn’t possibly be the case, right?

Although in principle vaccines are a fantastic idea and their effectiveness historically has been beneficial in many ways, there are a number of legitimate concerns that pharmaceutical giants in alliance with governments have repeatedly attempted to silence via huge PR campaigns.

One of the most worrying factors is the clear connection between higher vaccine doses and infant mortality rates in the developed world. A 2011 study published in the reputable Human and Experimental Toxicology journal found “a high statistically significant correlation between increasing number of vaccine doses and increasing infant mortality rates.”

The United States administers the highest number of vaccine doses to children in the entire developed world, 26 before infants reach the age of one, and its infant mortality rate is higher than 33 other nations, all of which administer less vaccines.