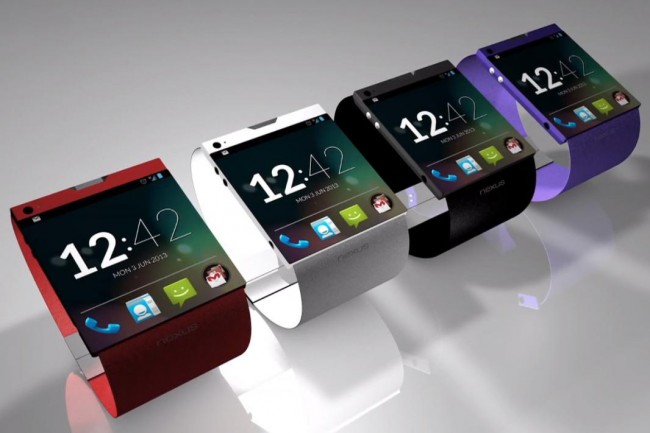 RFID tags are so last season. Google Glass isn’t even as potentially invasive as the new tech that’s coming out now.

Between infinitesimally small cameras that allow you to take high definition 3-D “selfies” of your insides and electronic tattoos or pills that authenticate your body the way a password does, the future is turning out to be more than just a tad bit creepier than Back to the Future II said it would be.

The world is bad enough with vast swaths of disconnected people wandering through it like techno zombies, faces constantly down in their smart phones. 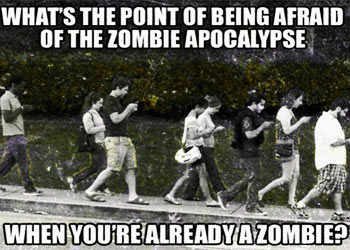 Go to dinner, half the tables are filled with people who aren’t spending nearly as much time with each other as they are with their smart phones.  Go to a concert, people aren’t watching and listening to the actual concert while they are there: they are recording it on their smart phone instead. This lady was so busy doing something on her phone as she walked through the mall that she tripped and fell face down into a water fountain.

But that is nothing compared to the new “Android Wear” smart watch that was just announced. Check out the commercial for yourself:

Android Wear is a watch-like device that features Google Now. The commercial shows people literally talking to their wrists all day as the little smart watch feeds them information about every thing they are doing as they go about their daily lives.

Wired is calling it “Google Now for your Body.” Google Now is an electronic “smart” personal/social assistant that, according to the Wikipedia entry on it, “uses a natural language user interface to answer questions, make recommendations, and perform actions by delegating requests to a set of web services. Along with answering user-initiated queries, Google Now passively delivers information to the user that it predicts they will want, based on their search habits.”

Remember a few weeks back when stories came out that “Google will know you better than your intimate partner”? The idea (read: goal) is that computers will be so advanced within a mere 15 years, they will surpass humans and be able to literally read our minds (so says futurist and Google Director of Engineering Ray Kurzweil).

As if technology hadn’t invaded our lives enough by now, if this trendy new tech catches on, the Aldous Huxley phrase “learn to love your servitude” will take on a whole new meaning. Call me crazy, but this seems like every far-reaching implication about the potential horrors of our ever-growing surveillance state all rolled into one little high tech Dick Tracy gadget.

Maybe it’s just because I didn’t grow up in a time when everybody (even five-year-olds) had their own cell phones and we were all constantly communicating electronically with one another, but I’m nostalgic for the good old days when no one — and especially no robots — knew me better than I knew myself.

Then again, ex-Google CEO Eric Schmidt, the guy who chalks the enormity of the NSA spy program down to just “the nature of our society,” told us this was coming back in a September 2008 interview with McKinsey Quarterly:

“When people have infinitely powerful personal devices connected to infinitely fast networks and servers with lots and lots of content, what will they do? There will be a new kind of application and it will be personal. It will run on the equivalent of your mobile phone. It will know where you are via GPS, and you will use it as your personal and social assistant. It will know who your friends are and when they show up near you. It will remind you of their birthdays. […] When you go to school it will help you learn, since this device knows far more than you ever will.“

Consider that last line when you are getting fitted for your super cool new mind-reading, life-tracking Google smart watch.