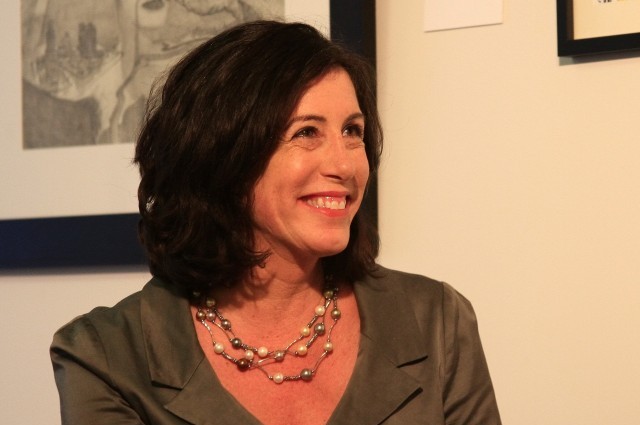 The apple doesn’t fall far from the tree.

Christine Pelosi, the daughter of California Congresswoman Nancy Pelosi, seems to be right on board with the movement to further centralize all aspects of American life.

In a recent Twitter post Pelosi proudly displayed a knock-off image of the famed Gadsden Flag, which has been a hallmark of the liberty movement in America since its inception amidst the American Revolution in 1775.

In support of the health care initiative championed by her mother, the younger Pelosi released the following image to show her unwavering support for the mandated legislation that has thus far tripled prices for most working Americans and left millions more with no insurance coverage.

The image, being offered as a bumper sticker, replaces the traditional Gadsden snake with a coiled stethoscope:

Don't tread on me … or my healthcare. pic.twitter.com/7gjk21U7ro

She followed up the tweet a day later urging Americans to sign up for what she calls “affordable health insurance.”

Apparently, Ms. Pelosi hasn’t had time to remove the silver spoon from her mouth to actually check the facts. If she had, she’d understand that Obamacare is anything but affordable. And with just 11 days left to sign up, chances are that the majority of Americans will end up as part of the uninsured.

Ms. Pelosi has apparently forgotten that the legislation itself was passed without any review whatsoever. In fact, not even Nancy Pelosi read the bill before she voted for it and advised Americans that Congress had to first pass the bill before we were able to find out what was actually in it:

The younger Pelosi’s tweets instigated an almost immediate outrage from other twitter users, as noted by Biz Pac:

@redsteeze @sfpelosi oh the irony. Tell that to the 6 million who lost insurance

.@sfpelosi your healthcare can't be tread on if you have none after your policy was cancelled due to obamacare

No seriously, if someone were to trod upon it, how might you defend your overwrought government guarantee?

Mommy Pelosi must be so proud.