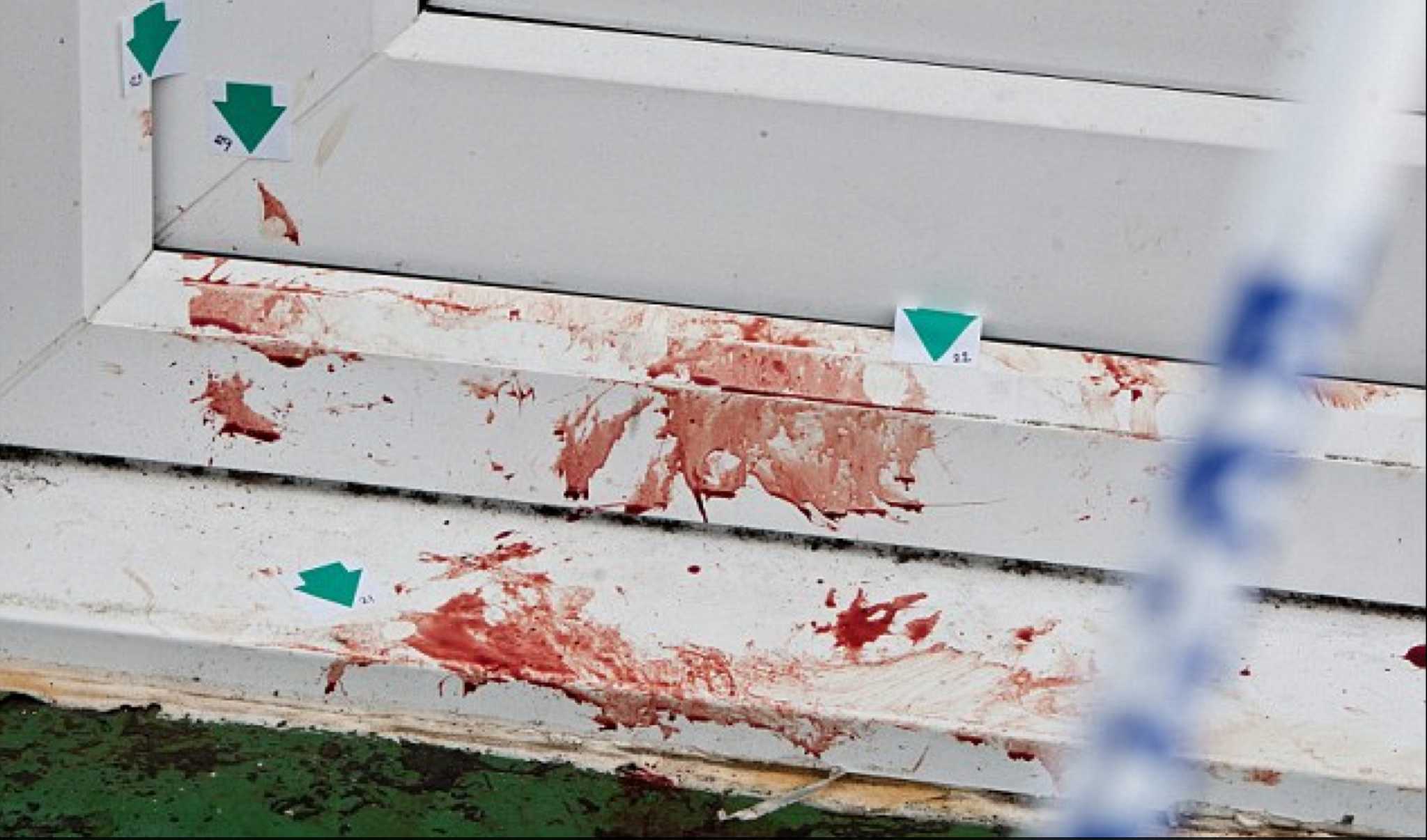 Witnesses said the 10-year-old girl was dragged into the street in a headlock before the weapon was plunged into her neck.

Victim, 10, is seen ‘crawling back towards the house, before her older sister stumbled out of their house bleeding’

Stabbed in the neck. How Islamic. What perceived sharia indiscretion did these girls and their mom commit to warrant such vicious retribution?

He stabbed his mother and two sisters; his one-year-old brother was found safe and unharmed upstairs in the house. Of course.

Victim, 10, is seen ‘crawling back towards the house, before her older sister stumbled out of their house bleeding’

A 17-year-old man has been arrested on suspicion of attempted murder after allegedly stabbing his mother and two younger sisters in a horrifying knife attack at the family home.

Police were called after neighbours reported loud screams on a residential Birmingham street, and when they arrived they found a 10-year-old girl on the pavement covered in blood.

Onlookers said she had suffered a knife wound to her neck.

Inside the house in the Small Heath area of the city officers from West Midlands Police discovered a 16-year-old girl and a woman in her 40s who had also been stabbed. A baby was also in the home, but had not been harmed and was later being cared for by family members.

The teenage man was detained in the street and a knife was recovered nearby. He was taken to hospital having suffered a minor cut to his hand.

Witnesses said the 10-year-old girl was dragged into the street in a headlock before the weapon was plunged into her neck.

Part of the attack was caught on the private CCTV of a neighbour, who watched in horror as the young girl lay bleeding in the street.

The family, who are believed to be from Saudi Arabia, had only recently moved back into the house, which they were intending to sell. The father is believed to still be working abroad.

Farah Naz, 45, who lives nearby, said: “I heard someone screaming, it sounded like they were terrified and in pain, so I sent my son to see what was going on.”

He said after his son came running back calling for help, he saw the 10-year-old girl lying in the doorway.

“She was covered in blood and it looked like she had been stabbed in the neck,” he said.

“There was blood everywhere. It was like a scene from a horror film.

“There were two people kneeling over her, comforting her, it was the caretaker from the primary school and a teaching assistant. They kept telling her it was going to be ok.”

He added: “There was a teenage boy, about 17, sitting on the other side of the street, just sitting there calmly watching them.

“Then all the emergency services arrived and it was a bit of a blur – the police arrived and took him away, and cordoned off the scene.”

Shahid Saleem, 41, heard screaming and checked his private CCTV cameras, only to see the attack unfolding on camera.

He said he saw the 10-year-old victim “crawling back towards the house, before her older sister stumbled out of their house bleeding”.

He said after the incident, the boy sat in the road and looked “completely dead behind the eyes.”

West Midlands Police Force Incident Manager, Chief Inspector Jack Hadley, said: “All three casualties have suffered multiple knife wounds but the seriousness of their injuries is unclear at this stage.

“This appears to be a contained, domestic incident: one man was arrested outside the address and we are not actively seeking anyone else in connection with the incident.”

Police have cordoned off Little Green Lane, where the incident happened to allow forensic scene examiners to scour the location and clear space for the air ambulance to land.