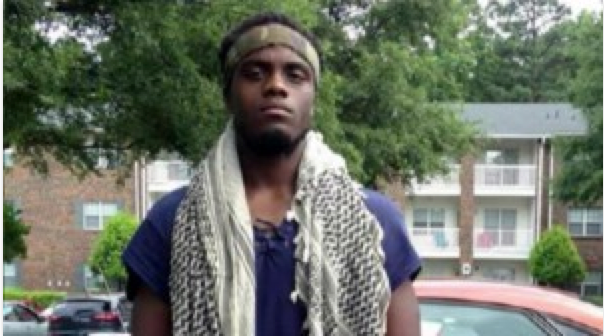 It could not have escaped your notice that I am reporting news stories of Muslims in America waging jihad, plotting to wage jihad, funding jihad, recruiting for jihad on a daily basis. So I can’t help but shake my head when media, academic and cultural elites smear me for opposing such sedition and violence.  That, as much as anything, is a clear indication of the success of  the stealth jihad. Islamic supremacists and their well-paid lapdog apologists have made defense of freedom the work of “bigots” “racists” and “islamophobes.”

“Akbar Jihad Jordan slept on his kitchen floor with an AK-47 and a Quran.”

These devout converts read the Quran and joined the millions Muslims waging jihad. Once again, we see converts “misunderstanding” Islam in the exact same way as millions of Muslims understand Islam.

Taking their cues from Hamas-CAIR, the pair planned to use a charity as a cover for their travels. The FBI recovered a cache of weapons in the arrest of planned to travel to Syria and Yemen to fight for Islam.

They would have been fighting with blood-soaked Obama-backed jihadists. Perhaps one day soon we’ll see Eric Holder step in because  the religious rights of these jihadists are being violated.

“Wake terrorism investigation built over weeks,” from WRAL.com, March 20 *thanks to Robert Spencer)

Raleigh, N.C. — Planes linked to a company with FBI connections circled a north Raleigh neighborhood for weeks before a Wednesday raid that resulted in terrorism charges against two men.

Authorities said in court documents that Akbar Jihad Jordan and Avin Marsalis Brown planned to travel to Syria and Yemen to fight for Islam. Federal law prohibits conspiring to kill or maim people outside the U.S.

FBI agents seized several weapons, including an AK-47 rifle and a sword, along with ammunition from the apartment off Gresham Lake Road that Jordan, 21, shared with his mother.

Airplanes equipped with electronic monitoring equipment have been circling the area where Jordan lives for about a month, flying the same path for up to eight hours a day.

WRAL Investigates tracked the planes’ registrations to a company known to have ties to the FBI. Airplanes belonging to the company and its known affiliates were also spotted in Boston in the days following the marathon bombing last April.

Radar records for every plane connected to or owned by the companies with FBI connections were searched, and two clearly showed a circular flight path. It’s unclear whether those flights are connected to ongoing investigations.

FBI agents moved on the alleged conspiracy involving Jordan and Brown this week because Brown, 21, was about to leave the country, court records show.

Brown was arrested Wednesday at Raleigh-Durham International Airport, and he told investigators that he planned to fly to Turkey and then travel to Syria, according to court records. He made his first court appearance Thursday morning.

One person was taken into custody during the north Raleigh raid, but it’s unclear whether it was Jordan.

A motion filed in federal court noted that Jordan, who is listed as Akba Jordan, is in a hospital, but it’s unclear what he’s being treated for and which hospital is treating him.

Confidential informants told the FBI that Brown and Jordan, a 2011 Millbrook High School graduate, began talking last May about going overseas to engage in jihad. Jordan “functioned as a type of physical fitness, firearms and tactics instructor to Brown” and often displayed a cache of weapons and ammunition in his apartment, records state.

Jordan even stated at one point that he slept on his kitchen floor with an AK-47 and a Quran to empathize with Muslims in Syria.

The pair planned to use a charity as a cover for their travels, saying the government would have a hard time making a terrorism case against them if they argued they were on a charitable mission overseas, according to court records.

WRAL Investigates discovered that Jordan visited at least two Facebook pages about humanitarian work in Syria, asking how difficult it would be to travel there.

The case is similar to that of Basit Javed Sheikh, a Cary man accused of planning to fight in Syria for a group linked to al-Qaida. The FBI arrested him at RDU in November after he told people he wanted to be a martyr for Islam.