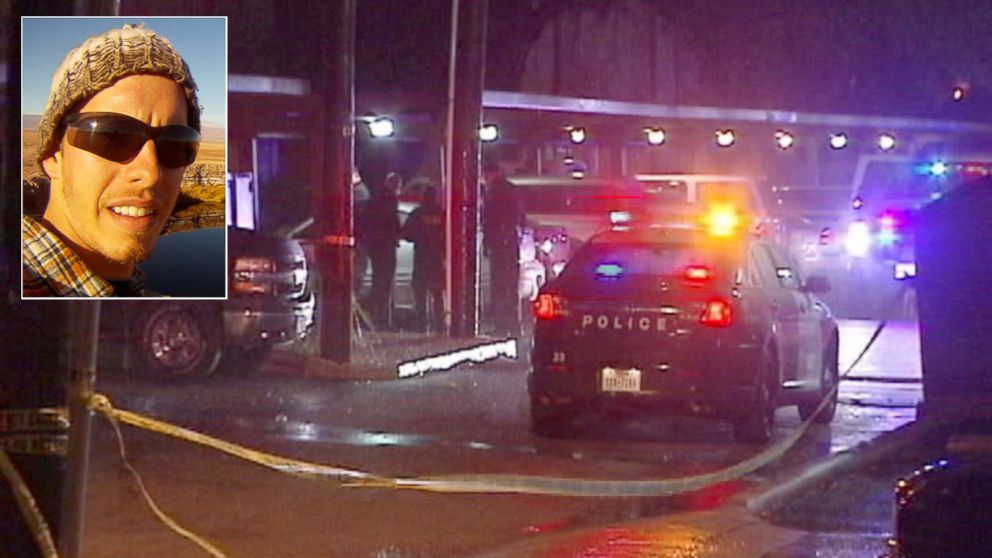 A Texas college student killed after reportedly making a sarcastic remark to a police officer likely died from a close range gunshot wound to the back, according to an autopsy report that sheds new light on a tragedy that made headlines late last year.

Cameron Redus, a 23-year-old student at the University of the Incarnate Word in Texas, was shot five times by Christopher Carter, a campus police officer, after a traffic stop on December 6.

Exactly what happened on that early morning roadside was unclear at the time, but the newly released autopsy shows that Redus was shot in the left eye, upper chest, back, left elbow, and right hip, according KENS5-TV in San Antonio.

Police said Redus was pulled over around 2:00 a.m. that day because he was driving erratically just off campus (although Corporal Carter was a campus police officer, he was authorized to stop a suspected drunk driver anywhere in the state). A microphone on the officer’s person revealed that Redus was asked 14 times to place his hands behind his back so he could be placed under arrest, although a dashboard camera on the police cruiser did not record the incident.

Carter also claimed he instructed Redus to stop resisting dozens of times, only to have the Catholic school student take his police baton and strike him. Yet the traffic stop took place in front of an off-campus apartment building where witnesses were watching from nearby.

One resident who wished to remain anonymous told KSAT.com that Carter did not seem to warn the college student that he had drawn his weapon.

Another, though, said he heard a phrase that could have been among Redus’ last words. Mohammad Haidarasl, who lives on the ground floor of the apartment building, told the San Antonio Express that the college student seemed to make a sarcastic remark.

“I heard [a man say], ‘Oh, you’re gonna shoot me?’” Haidarasl said. Less than a minute went by until gunshots rang out. “I jumped up and hid in my closet.”

Officer Carter was placed on administrative leave after the incident and is still waiting for the results of a police investigation into the matter to find out his fate.

“We are stunned to learn that Cameron was shot in the back from very close range,” Redus’ family said in a statement after KENS5-TV was given the autopsy results. “The report also shows that the shot to his eye was delivered at a downward angle, again from very close range. That knowledge coupled with the information from the earlier police report indicating that Cameron died on his back with his legs underneath him has left us heartbroken and shaken to the core.”

The autopsy also indicated that Redus’ blood-alcohol content was at .155, just short of twice the legal limit. It also showed trace amounts of tetrahydrocannabinol, the intoxicating component in marijuana. His family said that while Redus was wrong to get behind the wheel in such a state, any crimes he may have committed were not severe enough to lead to his death.

“We are confident that had this encounter taken place on a public roadway and during a routine traffic stop that Cameron’s alleged response and the ultimate outcome of this event would have been different,” the statement continued. “While mistakes do bear consequences, the extreme and brutal results of Cameron’s encounter with Officer Carter far exceed the magnitude of his mistakes. We continue to wait on justice to be done and we maintain our faith and trust in God’s amazing love.”