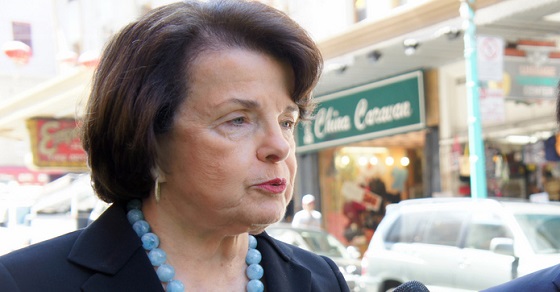 After fending off numerous attacks on the freedom of the internet last year, activists and independent journalists alike are now facing another hurdle that flies in the face of freedom of the press, the “Journalist Shield Law“.

Although the bill is being sold by the Obama administration and establishment politicians in both parties as a positive step in protecting free speech, unfortunately the name of this bill is highly deceiving. Remembering just how unpatriotic the Patriot Act was, this new law, although deceivingly named, is likely to crush freedom of speech of any journalist not on a corporate payroll. According to the AP, this is how the bill defines who a real journalist is:

“The bill’s protections would apply to a “covered journalist,” defined as an employee, independent contractor or agent of an entity that disseminates news or information. The individual would have to have been employed for one year within the last 20 or three months within the last five years.

It would apply to student journalists or someone with a considerable amount of freelance work in the last five years. A federal judge also would have the discretion to declare an individual a “covered journalist” who would be granted the privileges of the law.”

Essentially, if you don’t work for the likes of the dying mainstream media, the government can (and will) subpoena any journalist to force them to reveal their sources or face prosecution. Apparently, as described by one of the nation’s biggest hypocrites, the First Amendment only applies to some people and the government should get to decide who those people are.  According to the bill, any information that “in purpose, subject matter and period of time covered so as to avoid compelling disclosure of peripheral, nonessential or speculative information.” could potentially be subject to Big Brother’s sticky fingers. You can see the two different versions of the bill here and here and Feinstein’s journalism crushing amendment here.

Feinstein specifically singles out young entrepreneurs who start news websites as well as the Wikileaks organization. You can see what she said in the video posted below:

“Feinstein’s suggestion is blatantly unconstitutional. The First Amendment is clear: “Congress shall make no law… abridging the freedom of speech, or of the press,” yet here is a member of Congress trying to do precisely that. By applying a strict definition to who can be considered a journalist, Feinstein is not only discrediting, but also destructing independent and citizen journalism.”

This bill later goes on to define how a real (corporate) journalist would go about disseminating information:

“newspaper, nonfiction book, wire service, news agency, news website, mobile application or other news or information service (whether distributed digitally or otherwise); news program, magazine or other periodical, whether in print, electronic or other format; or thorough television or radio broadcast … or motion picture for public showing.”

I can’t tell whether this is another corporate jab at the free flow of information or just Big Bureaucracy trying to protect it’s backside from the highly anti-establishment independent media. Either way, this is a dangerous piece of legislation, once again disguised under a misleading name, aimed directly at the growing anti-media movement.

“Most problematically, disclosure can be compelled when the information in question would assist the federal government in stopping or mitigating “other acts that are reasonably likely to cause significant and articulable harm to national security.” This language could be construed to apply to any number of circumstances, so long as the government argues there is some threat to the limitless concept of “national security.”

Another shortfall lies in how the Act limits the scope of who qualifies as a covered person. Many policymakers want to limit protections to those who make a significant amount of their income and livelihood from journalism. But the federal shield law should cover anyone who provides journalistic services, even if a person is not professionally or regularly employed as a journalist.”

Although the reason for this new media shattering language is still unknown, what is clear is that this bill must be killed. Here is a petition you can sign, maybe they’ll read it. More importantly, call or email your Senators and let them know we want free press not free* press. Support your favorite indy journalists now while you still can. Subscribe to their email lists, donate to them, share their articles and videos and stand together against this corporate bureaucratic power grab. If you’ve been thinking about getting into the independent journalism field, get some blood in the game now before it’s too late. Let’s hit them with everything we’ve got. Here’s a quick guide that we put together for anyone thinking about joining the anti-media movement.

For a more in-depth look at the Journalism Shield Law watch this video starting at 1:10

Contributed by Nick Bernabe of The Anti-Media.