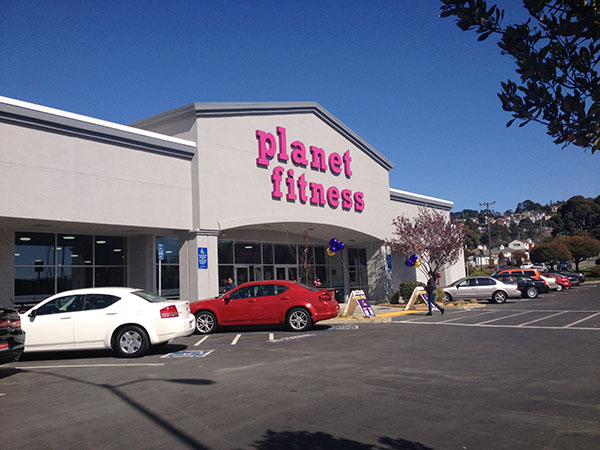 At some point, beginning in the 1960s, the Left took over and completely transformed America’s Zeitgeist.

The “victim” is now the victimizer. The formerly oppressed (real or imagined) are now the oppressors.

Blacks and “liberals” wield the all-powerful “racist” label as a political weapon.

Claudine Wong reports for KTVU, March 9, 2014, that a San Francisco Bay Area woman was asked to cover up while working out at a gym. Staff members say she was intimidating people with her toned body.

Tiffany Austin said she was excited to get back in shape after recovering from a recent car accident. After her doctor told her it was time to start walking more, she took a tour of the Planet Fitness Gym in Richmond. On Monday she officially joined the gym and was looking forward to her first workout – but that workout lasted a quick 15 minutes.

Austin said things started out well.  She hopped on a treadmill, set the speed to slow, put her earbuds in and started walking. She started to notice others staring at her, and quickly grew self-conscious but she kept on walking.  That is until a staff-member stopped her.

According to Austin that staff member said, “Excuse me we’ve had some complaints you’re intimidating people with your toned body. So can you put on a shirt?”

Austin was wearing a tank that showed her stomach and capri-pants and says she didn’t see anything wrong with the outfit. She says she was only told not to wear a string tank because of the dress code policy at the gym.

She agreed to wear the shirt, but while the first staff member went to get it she says she was approached by another staff member who also took issue with her body.  Austin says at that point she had enough; she asked for a manager – asked for her money back and left.

Planet Fitness boasts 5 million members and a policy that bans what they call “gymtimidation.” Its website says members can get in shape without being “subjected to the hardcore look-at-me-attitude that exists in too many gyms.”

The franchise goes even further and has a “lunk alarm” in every gym which sends off a siren if someone drops a weight or breathes too hard or shows any behavior that staff members consider “lunk-like”.

YouTube videos show members across the country getting in trouble for that kind of “lunk-head” behavior.

Geovanna Borges joined the Richmond gym two months ago and says she likes the policy because “it’s unfair to show off your body” as it can make other people “feel bad.”

A spokesperson at Planet Fitness’s corporate office, Mcall Gosselin, says the company “strives to make everyone feel comfortable” and the dress code is at the discretion of the staff and manager. However, if Austin was criticized for being toned or fit, then that “is not in line with the Planet Fitness policy whatsoever.”

Austin says she’s no lunk-head and she’s not a gym rat – and now she’s not even a gym member.   She says her 15 minutes at Planet Fitness left her feeling intimidated and harassed, saying the place that promised no judgments did just that.