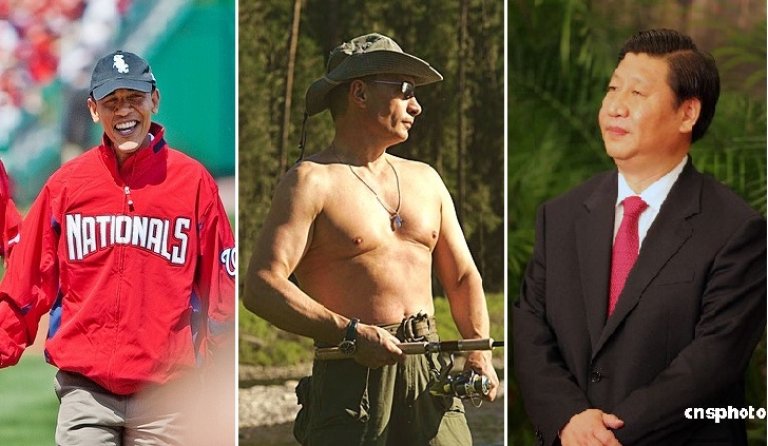 Every journalist, if they write long enough, will experience the “I told you so” experience. Many who have written about the travails of President Obama must experience this feeling on a near-daily basis. This man has had his finger in seemingly every pie that has served to degrade the lives of all middle class Americans. Rather than run through the litany of transgressions, please allow me to ask you one question:

Can you name even one legitimate thing that Obama has done which has served to improve the status of the American people?

It is my hope that nobody will believe the words that are written on this page. Please take the time to click on the hypertext links, ponder the data you come across and form your own conclusions. I am issuing this cautionary note because I believe that there is no hiding Obama’s deliberate complicity in the intentional military and economic demise of this country. I do ask, however, that you spare me the rhetoric that he is a puppet for the bankers’ statements. I already know that. However, Obama is the only real visible manifestation of this plot to take down America. So until we have some names and addresses of the banker brain trust, and can legitimately hope to be able to effect arrests, we need to focus on the one target that we can immediately bring to justice in order to slow down this plot against the people of this country. And slow it down is all we can reasonable hope to do.

Obama’s Danger to America Was Identified Before He Was Elected!

What would you say if it were known that there was at least one prominent American politician and one Russian media outlet that accurately foretold the present crisis we find ourselves in over Ukraine if we elected Obama as President?

How would you like to have been that prominent American politician that predicted Putin would invade Ukraine because he would be encouraged by Obama’s “indecision” and “moral equivalence” and would possibly become the flash point for World War III?

It turns out there was such a prediction and the person making it was mocked. Her statements were labeled as “strange” and representative of a “far-fetched scenario”. The person who made these stunningly accurate predictions was none other than Sarah Palin, and these statements were made during the Presidential campaign of 2008. Palin warned America about Obama and what would happen in Ukraine, and we would not listen.

The Russian Media Also Told the World What Was Coming

Was this just a lucky guess by Palin, or have there been other observers capable of foreseeing our current situation?

Some Russians apparently agreed with Palin on the possibility of Ukraine becoming a flash point if Obama were to be elected instead of McCain. Investment Watch obtained a Russian media statement, and by using Google Translator, produced evidence that the Russians were predicting a Putin invasion of Crimea if Obama was elected. The Russian article also appeared in 2008.

Obama Has Left a Paper Trail Regarding His Ukrainian Intentions

Perhaps this contingent of the Russian media and Sarah Palin were wise to the fact that, then-Senator Obama, in 2005, participated in what became known as the creation of the second phase of the Budapest Document. The document intentionally weakened Ukraine, in 2005, at Obama’s urging, and was a major player in strongly encouraging, almost requiring, Ukraine to destroy its conventional weapons stockpiles as well. Therefore, Obama has helped to create the present crisis. It is likely that Obama was playing a well-defined role in weakening Ukraine in order to create the present crisis. By the way, the Budapest Document called for international protection of Ukraine, from invasion, if Ukraine disarmed. By protection, I mean military protection. The document did not provide for “sanctions”  that Obama is presently employing which bans Russian officials from attending Disneyworld! And why isn’t the media asking Obama about these events?

In the past two weeks, I have revealed how an advisor to the Russian Parliament, through Facebook and a Russian media outlet described, with maps, Putin’s intentions to eventually occupy all of the former Soviet Union’s Eastern European countries as well as reacquire Alaska. Like Palin, I have heard descriptors such as “strange” and a “far-fetched scenario”. The criticism of my accuracy is unimportant, the fact that so many are blind to the dangers that this poses to the collective futures of all Americans, is vitally important.

This is where it is critical that all readers do some homework. Take a moment and review the abovementioned article and then review the second referenced article listed immediately below.

In a previous article, it was demonstrated that Russia controls a vast portion of the energy needs of our NATO partners consisting of Germany, Italy and France and the majority of the gas flows through Ukraine. It is important to click to this link to see a summary of how Putin controls the entire chessboard of Europe (see the map which is available in the referenced link). The same article discussed how Russia would use this advantage to negate and eventually destroy the NATO alliance. Without NATO there is no defense of American interests in Europe and probably the Middle East.

To this point, a case has been made that Putin will destroy our military alliances through controlling much of the energy needs of our NATO partners. However, this might be a secondary point in terms of America’s final destination.

Whoever the Chinese military supports, Russia or America, the winner will emerge from the coming conflict. On this front, there is very disturbing news coming out China last Friday. As reported in the Wall Street Journal late last week, the Russians and the Chinese have reached an energy deal which will make China the biggest importer of Russian gas.

Putin has bought off the Chinese by making them partners in their energy business. Obama has offered nothing of substance to the Chinese except more worthless paper money. The Russian state gas giant OAO Gazprom revealed the development of a 30-year supply deal with the Chinese to give them a piece of their European gas market from which China has been losing business.

This agreement is to be fully in place by the end of this year. In 2018, the agreement will be fully operationalized. The only way out of this mess is through a war. The United States has no observable leverage. The old axiom has come into play: If you control a large portion of a country’s energy needs, you control its politics and ultimately its military.

If the world’s energy is going to be dominated by Russia and Putin is committed to undermining the Petrodollar as the world’s reserve currency, then what future does the dollar have? Will it be hyperinflation resulting in economic collapse which will culminate in martial law?

Meanwhile, Obama is taking our military levels down to 1940 levels. Why? Stupidity or treason?  Are you feeling that noose tightening around your neck?

If we allow Obama to neuter our military, we will soon lose the capacity to defend ourselves. Does anyone still think that a currency collapse, followed by martial law, is so far-fetched in light of the present economic crisis?

Are Putin, Xi Jinping and Obama all playing for the same team, namely, the banksters?