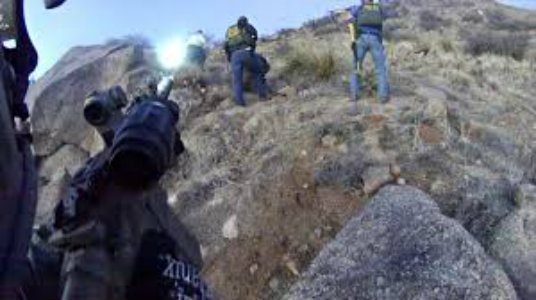 A homeless man camping in the Sandia Foothills in the outskirts of Albuquerque had the misfortune to become the subject of a standoff with the trigger-happy Albuquerque PD.

The Daily Sheeple recently warned that the APD was being trained to use “more deadly force”, and it seems as though the officers have taken those lessons seriously. You may recall another victim of the APD who was shot at when he ran from police or the case of the Taos officer who opened fire on a minivan full of kids. And who can forget the multiple cavity searches (like this one or even this 8 probe incident) diligently undertaken by New Mexico’s finest?

Unfortunately for James M. Boyd, his encounter with the APD turned into a brutal assault that ended in his death.  After a three hour stand-off, Boyd had agreed to surrender. Nevergetbusted.com reported the tragic events that followed:

When the situation reached its climax around 7:30 p.m., Boyd had allegedly agreed to end the standoff, but warned APD that they must keep their word.

“Don’t change up the agreement,” Boyd said to officers.  “I’m going to try and walk now. Don’t try to harm me. If you keep your word, I can keep you safe.”

Boyd put on his backpack. He reached down to pick up a thermos, placed it in his right hand and grabbed a blue bag in his left hand.

Boyd tried to walk away.  But police were not going to let that happen.

“Do it,” one of the officers said, and a flashbang grenade was lobbed at Boyd’s feet.  A loud explosion and a puff of smoke followed.

Police can be heard shouting, “Get on the ground,” as they rushed in with weapons trained on him.  A barking K9 advanced toward him. Mr. Boyd, now under attack, dropped his bags and instinctively retrieved a knife from his pocket.  Nevertheless, he did not advance and did not make any threatening gestures. The nearest officer still remained several feet away.

Boyd stood there for approximately 5 seconds, then turned away from officers and began to descend to the ground — possibly a sign of compliance with demands to get on the ground.  For reasons unclear, police opened fire.  A volley of rifle rounds, beanbag rounds, and tasers fired at the man in near unison.

James Boyd fell instantly to the ground. Officers barked orders at him to get his hands up.  Boyd could be heard on video saying “I can’t move.”

Unsatisfied, police opened fire again, this time on his prone, lifeless body with beanbag rounds from a shotgun.  He did not budge after repeated strikes.  Next, the police dog was turned loose on him and gnawed on his leg.  He remained unresponsive.

Officers then moved in and secured his body.  Boyd did not survive.

Ultimately, 15 seconds after agreeing to end the standoff, he was shot and lying on the ground. (source)

The entire reprehensible execution of this man was caught on a helmet cam.

The APD, unsurprisingly, stated in the face of this video evidence that the murder was justified.

Chief Eden called the shooting justified at the news conference, saying officers used non-lethal force first and that there was a direct threat made at an unarmed K9 officer. According to Chief Eden, Boyd was less than eight feet from the unarmed canine officer.

“Actually if you watch the video tape, all the less than lethal devices were in fact deployed. It was when the canine officer was down directing the canine dog that the suspect pulled out the two knives and directed a threat to the canine officer who had no weapons drawn. He was handling the dog,” Chief Eden said.

News 13 asked Chief Eden directly, “do you believe this was a justified shooting?”

Chief Eden responded, “Yes, if you follow case law, ‘Garner versus Tennessee’, there was directed threat to an officer.” (source)

I think it’s really important to get to know the folks in your community, don’t you?  Let’s take a closer look at some of the cops involved in this travesty. The APD released the names of two police officers who were involved in the shooting.

As you saw in the video, the victim was laying on his stomach saying he was unable to get up when a police officer named Keith Sandy walked up and shot the prone man in the back.  Officer Sandy, pictured below, must be so proud of his brave, heroic action. You can learn more about Officer Sandy’s own criminal history HERE. 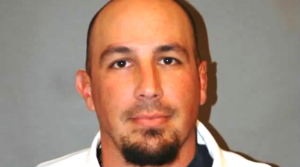 The other cop who shot the victim was Officer Dominique Perez.  Doesn’t he look like a nice guy instead of a heartless killer of the homeless? 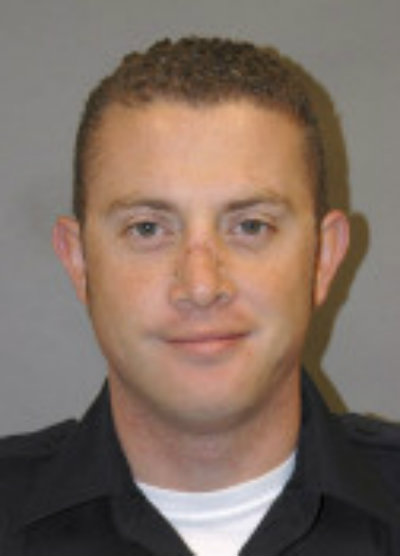 Perez and Sandy are both on paid  leave pending the outcome of a review of the  officer involved shooting.

And finally, this is the estimable Police Chief Eden, the leader who found the actions of these officers acceptable (because, gee, everyone knows that you should just sit there and let a dog bite you.)  Although he did not fire a bullet into the man, by saying that this type of brutality is justified, he is endorsing this kind of behavior in the future. 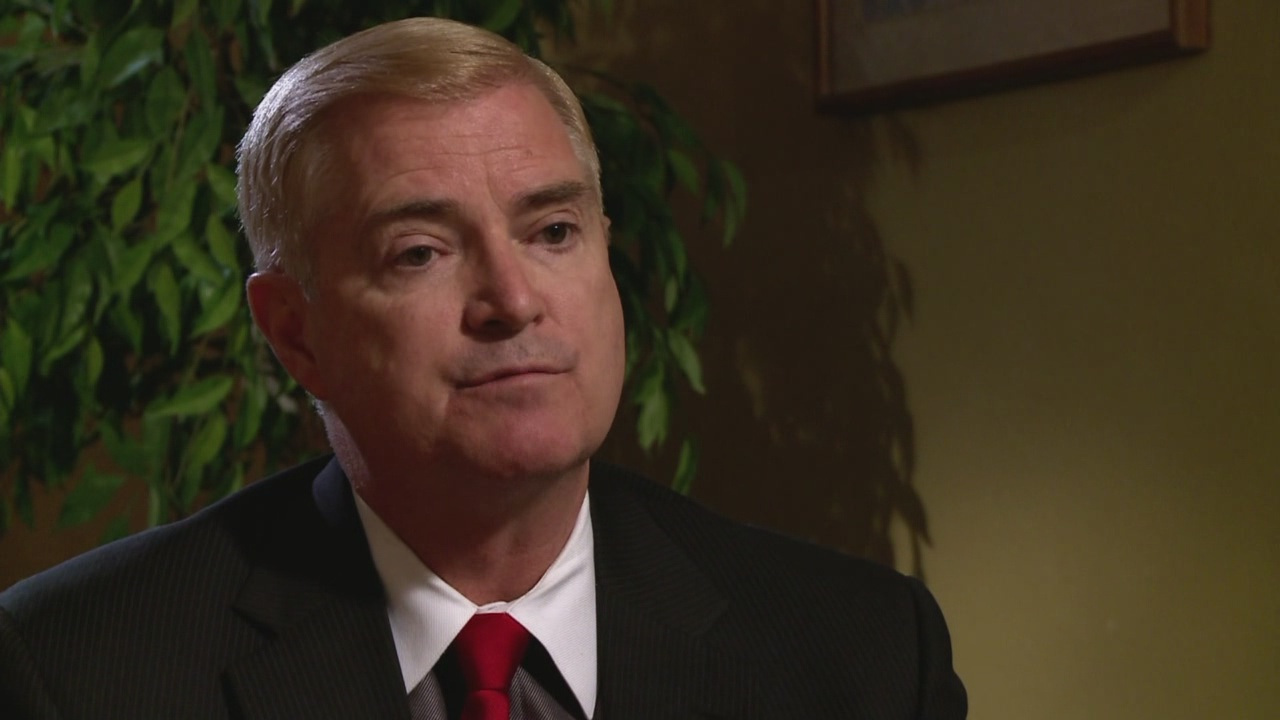 You can use THIS LINK to report police misconduct to the APD. (I dunno, murdering a homeless mentally ill man in cold blood seems sort of misconduct-y, don’t you think?)