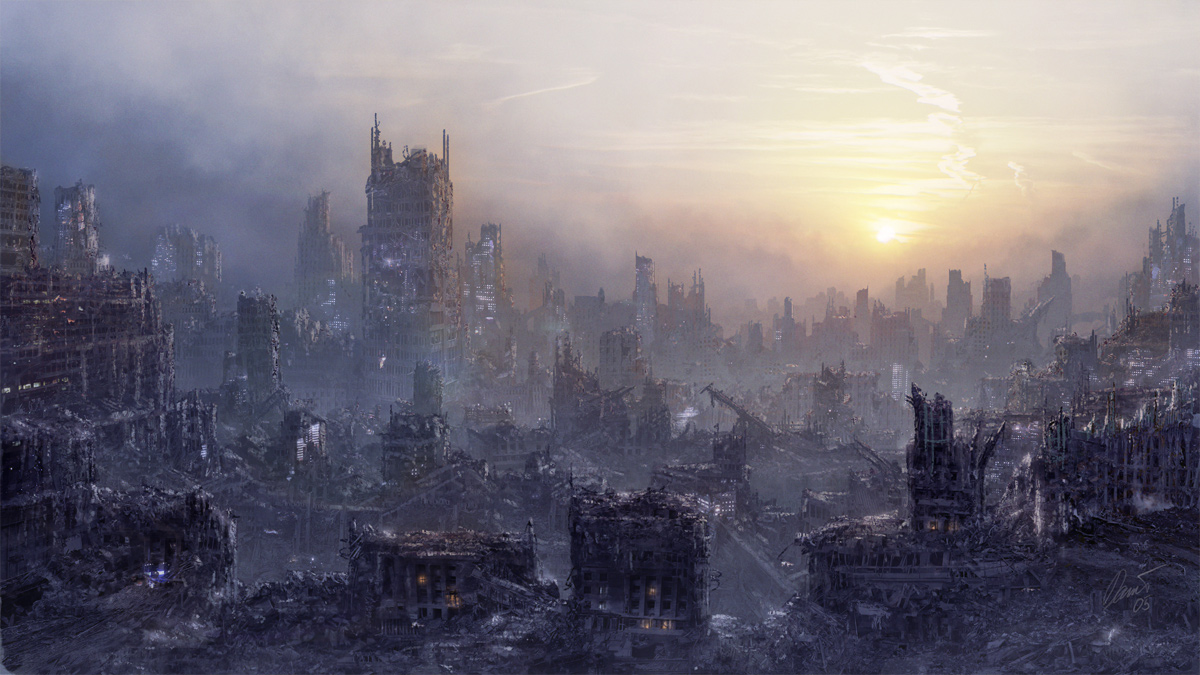 The end of the world as we know it is coming.

You’ve likely heard this before, especially from the growing number of voices in the alternative news and preparedness communities. Often dismissed as conspiracy theory or outright lunacy, there is a growing body of evidence that suggests these fringe thinkers may well be on to something.

Despite assurances from most political leaders, experts and researchers who argue that we live in a stable and sustainable world, a new study utilizing mathematical models developed by NASA’s Goddard Space Flight Center may confirm our worst fears.

According to the Socio Economic Synthesis Center, which led the study’s research team and was made up of well respected natural and social scientists from various U.S.-based universities, society as it exists today is decades, perhaps just years, from a complete collapse of our way of life.

Given economic stratication, collapse is very difficult to avoid and requires major policy changes, including major reductions in inequality and population growth rates. Even in the absence of economic stratication, collapse can still occur if depletion per capita is too high. However, collapse can be avoided and population can reach equilibrium if the per capita rate of depletion of nature is reduced to a sustainable level, and if resources are distributed in a reasonably equitable fashion. (SESC via Steve Quayle)

The study cites scores of historical examples of civilization collapse dating back thousands of years. Given the facts it is clear that humanity’s long sought after Utopian society is a goal that is simply unachievable. Every five hundred years or so, the whole system simply falls apart.

There are widespread concerns that current trends in population and resource-use are unsustainable, but the possibilities of an overshoot and collapse remain unclear and controversial.

How real is the possibility of a societal collapse?

It is common to portray human history as a relentless and inevitable trend toward greater levels of social complexity, political organization, and economic specialization, with the development of more complex and capable technologies supporting ever-growing population, all sustained by the mobilization of ever-increasing quantities of material, energy, and information. Yet this is not inevitable.

In fact, cases where this seemingly near-universal, long-term trend has been severely disrupted by a precipitous collapse often lasting centuries have been quite common.

This brings up the question of whether modern civilization is similarly susceptible. It may seem reasonable to believe that modern civilization, armed with its greater technological capacity, scientific knowledge, and energy resources, will be able to survive and endure whatever crises historical societies succumbed to.

But the brief overview of collapses demonstrates not only the ubiquity of the phenomenon, but also the extent to which advanced, complex, and powerful societies are susceptible to collapse.

In short, the mathematical models utilized to determine the results of the study indicate that there are two key causes for what the authors call an “irreversible” collapse.

First, with the earth’s population now over 7 billion people our civilization is burning through resources faster than they can be replenished, and the burden of paid “non-workers” (i.e. those who are given resources for performing no actual function in society) leads to a complete break down in the system.

We can see how an irreversible Type-N (full) collapse of Population, Nature, and Wealth can occur due to over-depletion of natural resources as a result of high depletion per capita.

Workers and Non-Workers with the same level of consumption, i.e., with no economic stratication. The Non-Workers in these scenarios could represent a range of societal roles from students, retirees, and disabled people, to intellectuals, managers, and other non-productive sectors. In this case, the Workers have to deplete enough of Nature to support both the Non-Workers and themselves.

Second, and this may come as no surprise, “elite” members of society are accumulating whatever available resources there are in an effort to maintain control over the “commoners.”

The Elite population starts growing significantly… hence depleting the Wealth and causing the system to collapse.

Under this scenario, the system collapses due to worker scarcity even though natural resources are still abundant, but because the depletion rate is optimal, it takes more than 400 years after the Wealth reaches a maximum for the society to collapse.

In this example, Commoners die out first and Elites disappear later. This scenario shows that in a society that is otherwise sustainable, the highly unequal consumption of elites will still cause a collapse. This scenario is an example of a Type-L collapse in which both Population and Wealth collapse but Nature recovers.

The Elites eventually consume too much, resulting in a famine among Commoners that eventually causes the collapse of society. It is important to note that this Type-L collapse is due to an inequality-induced famine that causes a loss of workers, rather than a collapse of Nature. Despite appearing initially to be the same as the sustainable optimal solution obtained in the absence of Elites, economic stratication changes the final result: Elites’ consumption keeps growing until the society collapses.The Mayan collapse in which population never recovered even though nature did recover is an example of a Type-L collapse

There are several other scenarios outlined in the study, but the above two are seemingly the ones that may be responsible for the coming collapse of our own civilization.

In America, nearly 50% of the population produces nothing, yet receives payment in the form of money, goods and services. This takes resources out of the hands of those who actually produce these resources.

Furthermore, it should be obvious that elite members of society simply take what they want through force, whether by taxation or criminal activity (as defined by natural law), putting even more strain on the system.

Over time, the debt builds and pulls forward wealth from generations ahead, resources are depleted, and costs begin to reach levels that are simply unsustainable for everyone, including the elites who attempt to amass as much as they can.

In the end, we all suffer the same fate.

According to this and other studies, like one recently published by the UK Government Office of Science and entitled A Perfect Storm of Global Events, we are very quickly approaching the breaking point. Over the next fifteen years, it is predicted that the strain could become so burdensome on society that the system will crack and eventually break down.

The result will be famine, war, and what some refer to as a “die off.” This will affect all segments of society.

Naturally, there will be those who survive, and it will likely be the people who are able to develop their own sustainable environments on a personal, familial or communal level. These people may have taken steps to not only prepare for long-term crises, but to develop sustainable practices that will allow them to produce their own food and energy.

The mathematics being cited here have been seen time and again in other studies, and they don’t bode well for human civilization as we know it today.

With seven billion people on the planet, a massively unproductive non-workforce, and the greed of the elite, it is only a matter of time before something breaks and there is a real possibility that our civilization will not be able to survive it.

The scary version? According to these studies, the consequences will be felt within most of our lifetimes.