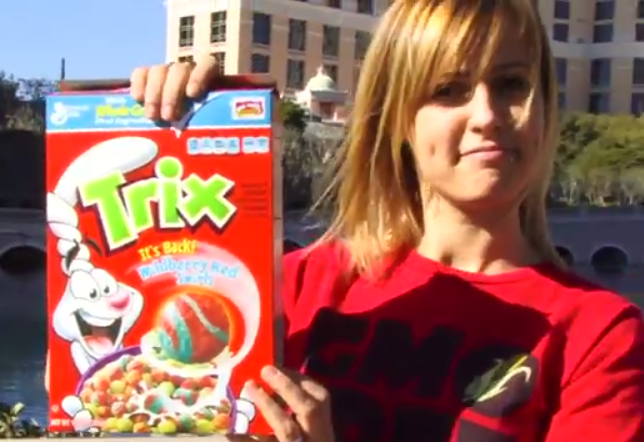 A lot of home builders and painters will know what trisodium phosphate (TSP) is. But a lot of them don’t know that they eat it for breakfast!

Even though it appears right on the ingredients label, a lot of people don’t realize it’s an industrial cleaning agent. It gets worse (see below video), the government doesn’t even want you to clean with it because it’s considered bad for the environment. It’s an okay part of a complete breakfast though!

I referenced TSP when writing about various Cheerios debacles, saying that even if GMO-free, a lot of nutritionists would never recommend the cereal for its other ingredients. TSP appears in 6 varieties of Cheerios.

While it is not a paint thinner in and of itself, it is used to wash painted walls in preparation. It is also a degreaser, mildew remover, siding cleaner and can abate lead in paint with repeated washing. All of these types of applications come with first aid warnings due to its extreme alkalinity.

Of course it is approved as GRAS (generally recognized as safe) by the FDA as a food additive. But the government has also decided it is bad for the environment because of algae blooms in fresh water. TSP was phased out of dishwashing and laundry products around 2011. But not for commercial use because, you know, they need to keep things clean for people. And not for chemical pesticides which many speculate is the real cause for invasive algae blooms due to waste water run off. Regular folk aren’t supposed to clean with it because of the environment – but it’s okay in their food…

Some people are actually buying TSP at hardware stores so that they can add them to their dishwashers and laundry detergents for more efficient cleaning. Now that they have gone through the trouble of finding it, does it bother them to eat it?

It’s not to say that the alternative cereal, Nature’s Path, is the best breakfast option or chock full of nutrition, but if you are the “cereal killer” of the household you can at least be sure that you’re not consuming an ingredient better left to scrubbing house siding. Plus, the owner of this independent, small company is unequivocally against genetically modified ingredients both for people and the land.

Nick Brannigan is an investigative writer and hosts Health Conspiracy Radio on NaturalNewsRadio.com Tuesdays and Thursdays at 5PM EST. He has been written about by other health writers like Jon Rappoport for his investigations into conflicts of interest with organic companies concerning the push for GMO labeling and the failure of Proposition 37.

On his show, he, along with co-host Leslie Ann Stoddard and their many guests discuss GMOs, fluoride, activism, the vibrational energy of food, homeopathy, factory farming, self realization, making lasting changes and much more.