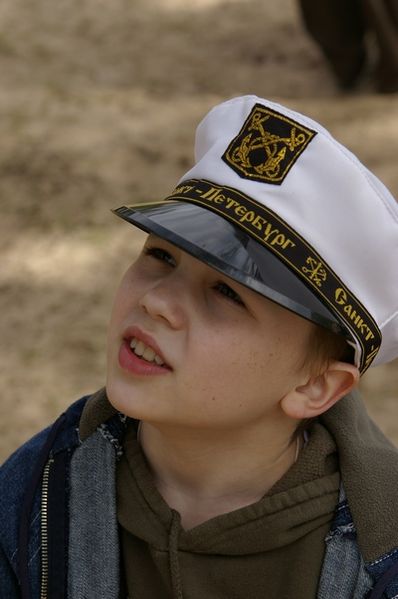 The way that boys are raised in Russia is very different from how boys are raised in the United States.  In Russia, boys as young as five years old are taught survival skills, learn how to use military equipment and are trained in hand to hand combat.  Boys as young as twelve are taught to fire assault rifles and some of them even get to experience real paratrooper training.  In the United States, on the other hand, we tend to baby our boys.  They become experts in skills such as ordering fast food, playing video games and ogling women.  In many cases, American boys never even learn how to act like men, and that becomes glaringly apparent once they grow up.  So in the long run, which nation do you think will be better off – Russia or America?

By nature, men are hunters.  We are not meant to be cooped up indoors all day long.  We were created with an inner desire for adventure and activity.

The Russians understand this.  In Russia, boys are raised to be strong, physical and active.  There are “military sports clubs” that train young boys in the skills that I mentioned in the opening paragraph.  The Daily Mail recently posted an article that examined one of these clubs known as Berkut (Golden Eagle)…

Children as young a five are sent on forced marches, given battlefield training, taught hand to hand combat, and how to use military equipment. 12 year olds are also taught how to fire Kalashnikov assault rifles and other small arms.

During the clubs regular camps, some children are given the opportunity to parachute jump during their paratrooper training.

When you were young, wouldn’t you have liked to have had the chance to do a parachute jump?

I know that it would have forced me to grow up a lot faster.

Self-discipline and maturity don’t happen by accident.  They require training.  And the Russians understand this…

The club based in Zhukovsky, Russia, claims to provide military training designed to develop the younger generation of the ‘motherland’ – a term synonymous with the former Soviet Union and the communist rule of the last century.

The training is designed to promote a healthy lifestyle, good physical development and loyalty to their homeland.

Most instructors are ex-armed forces and have first-hand knowledge of the hardships of service in the armed forces and offer preparation ‘to young fighters, to repel any enemy’.

If you leave boys to their own devices, many of them end up choosing the wrong path.  We see this all over America today.  One of the main goals of this particular “military sports club” is to keep Russian boys on the straight and narrow…

The club appears to urge Russian parents not to wait until their child becomes a compulsive gambler, drug addict or alcoholic, before sending them to the club.

It also offers their youngsters the opportunity to become full-fledged citizens of society and learn to ‘resist evil and violence, to protect the weak and the oppressed, to believe in justice and always be guided by courage and bravery’.

So why don’t we have anything like this in the United States?

Could it be that the way that we are raising our boys is a tremendous failure?

1. The average young American will spend 10,000 hours playing video games before the age of 21.

2. One study discovered that 88 percent of all Americans from age 8 to age 18 play video games, and that approximately four times as many boys are addicted to video games as girls are.

3. Average SAT scores have been falling for years, and the level of education that our kids are receiving in most of our public schools is a total joke.

4. According to a survey conducted by the National Geographic Society, only 37 percent of all Americans in the 18 to 24-year-old age bracket can find the nation of Iraq on a map.

5. Only 26 percent of Oklahoma high school students know what the first ten amendments to the U.S. Constitution are called.

6. Only 10 percent of Oklahoma high school students know how many justices sit on the Supreme Court.

7. At this point, 15-year-olds that attend U.S. public schools do not even rank in the top half of all industrialized nations when it comes to math or science literacy.

8. The average American drinks more than 600 sodas every single year.  That is by far the most in the world.

10. The United States has the highest divorce rate on the globe by a wide margin.  This is ripping millions of families with children to shreds.

11. There are more than 3 million reports of child abuse in the United States every single year.

12. At this point, approximately one out of every three children in the United States lives in a home without a father.

13. Children in the United States are three times more likely to be prescribed antidepressants as children in Europe are.

14. An astounding 30 percent of all Internet traffic now goes to pornography websites, and the U.S. produces more pornography than any other nation has in the history of the world.

16. America has the highest teen pregnancy rate in the developed world.

18. At this point, one out of every four teen girls in the U.S. has at least one sexually transmitted disease.

Things would be far different if we had raised our children differently.

We have removed traditional values and morality as much as possible from the educational environment, and we have taught our young people that they are just animals that are a little more highly evolved than other animals.

And that is precisely how they are behaving.

Our public schools have been transformed into government propaganda centers where children are trained to be wimpy, subservient cogs in a “Big Brother” police state.

We baby our boys, we don’t teach them right and wrong, and when they bother us we just pump them full of mind-altering pharmaceutical drugs.

So we shouldn’t be surprised that so many of our young men turn out to be soft, wimpy, defeated slackers that don’t have any direction in life.

They are simply a product of the system that we have created.

If we will do things differently, we will start getting different results.