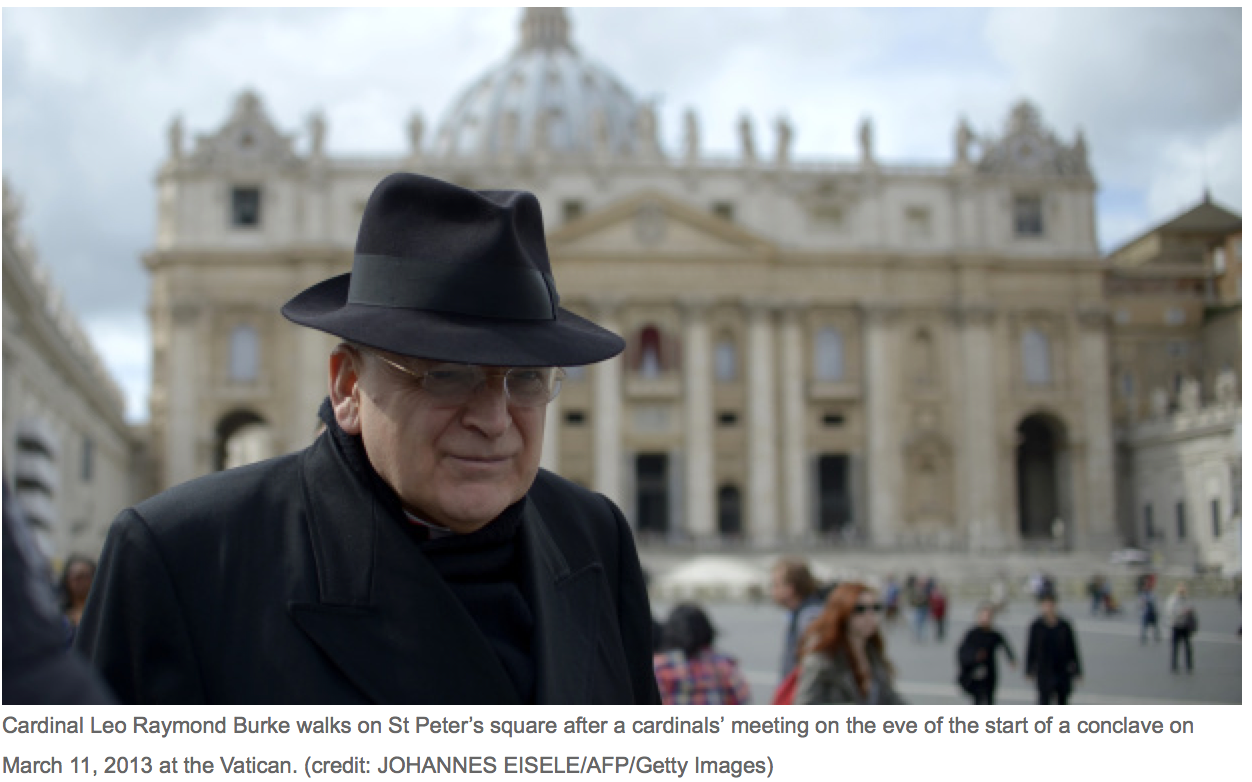 This is true and long overdue. And while the President is most assuredly islamophiliac and anti-Christian, Obama is not the biggest threat to Christianity. Islamic supremacism is.

The Vatican Chief Justice addresses the Obama’s anti-Christian policies, but not his role as  enabler-in-chief. And he doesn’t touch the perpetrators of Christian persecution and oppression.

Part of the problem is the silence of the Christian leadership, and the pope gives papal sanction to the savage. While his flock is being slaughtered across the world, the Pope said, “Authentic Islam and the proper reading of the Koran are opposed to every form of violence.” Nuts.

The Supreme Court began hearing a landmark case yesterday. The Hobby Lobby’s refusal to implement the anti-Christian parts of Obamacare. I’d like to see the Supreme Court uphold religious liberty and rout Obamacare in one ruling. Perhaps the Vatican Chief Justice spoke to this at such a time.

“It is true that the policies of the president of the United States have become progressively more hostile toward Christian civilization. He appears to be a totally secularized man who aggressively promotes anti-life and anti-family policies,” Burke told the magazine.

The former archbishop of St. Louis stated that Obama is trying to “restrict” religion.

“Now he wants to restrict the exercise of the freedom of religion to freedom of worship, that is, he holds that one is free to act according to his conscience within the confines of his place of worship but that, once the person leaves the place of worship, the government can constrain him to act against his rightly-formed conscience, even in the most serious of moral questions,” Burke said.

Burke took a swipe against Obama’s Affordable Care Act over the law’s birth control mandate, saying “such policies would have been unimaginable in the United States even 40 years ago.”

“In a democracy, such a lack of awareness is deadly,” Burke told the magazine. “It leads to the loss of the freedom which a democratic government exists to protect. It is my hope that more and more of my fellow citizens, as they realize what is happening, will insist on electing leaders who respect the truth of the moral law as it is respected in the founding principles of our nation.”

Burke also believes there is hope that abortion will be overturned in the U.S.

“There is hope that the evil anti-life laws of the United States can be overthrown and that the anti-life movement which urges yet more of such legislation can be resisted,” Burke said. “The pro-life movement in the United States has been working since 1973 to reverse the unjust decision of the Supreme Court which struck down state laws prohibiting procured abortion. It is true that the Supreme Court decision stands, but it is also true that the pro-life movement has grown ever stronger in the United States, that is, that more and more citizens, especially young citizens, have been awakened to the truth about the grave evil of procured abortion.”

Obama will be meeting Pope Francis for the first time at the Vatican on Thursday.