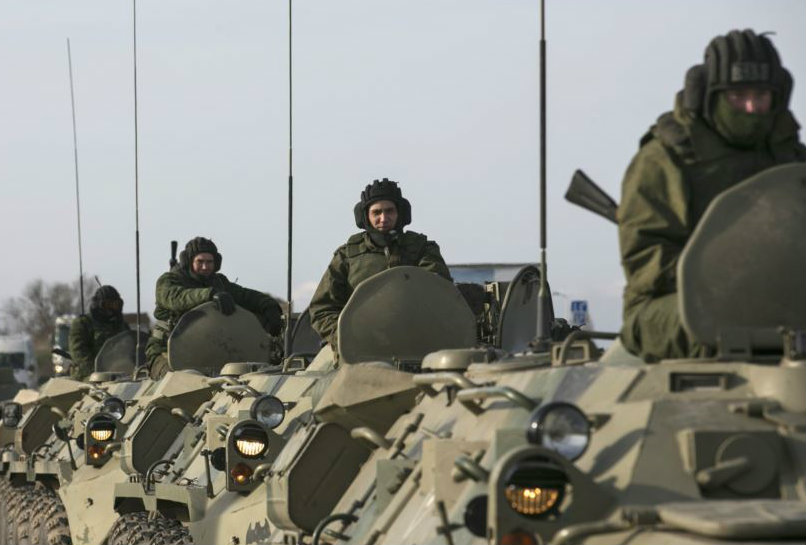 Wars do not just happen by circumstance. It takes planning, training, positioning of assets, the building of alliances and coordination. This process is referred to as mobilization and a growing part of the world is participating in the coming conflict related to Putin’s intention to invade Ukraine.

Ukraine is sending troops to its Eastern and Northern Borders. Troops have been digging in along the south Eastern Ukraine border with Russia. Ukrainian soldiers have increased their presence amid fears the Russian military is staging training exercises close to the border in the Donbass region as prelude to a Russian invasion of Ukraine. Euronews correspondent, Angelina Kariakina has reported that absolutely “No Russian troops or military hardware have been spotted here but the Ukrainian troops say they have prepared for any situation. These ditches have been created to deter any movement from the Russian side.” However, actions speak louder than words and Ukraine obviously believes the threat is imminent. See the news report here.

Don’t Tell US Senior Govt. Officials That the Ukraine Is Not To be Invaded by Putin

The House Intelligence Committee Chairman, Mike Rogers, stated on NBC’s Meet the Press, that the Ukrainians “passionately believe” that Russian President Vladimir Putin “will be on the move again in Ukraine, especially in the east and that the United States ought to provide weapons to the Ukrainian army so it could defend the country from a Russian invasion“. Rogers is not the only senior US government official who believes that Putin is going to make a move on Ukraine and possibly other countries as well. Last week, I reported that the Guardian’s Dan Roberts has extensively covered Biden’s promises of an increased US military presence in the Baltics made in Warsaw. The US is planning to send ground troops to the Baltic States according to this report. Biden stated that “We are exploring a number of additional steps to increase the pace and scope of our military co-operation, including rotating US forces to the Baltic region to conduct ground and naval exercises, as well as training missions”. The Eastern European Countries include Ukraine, Belarus, Moldova, Bulgaria, Romania, Poland, Lithuanian, Latvia, and Finland and are the presumed targets of Putin. Reuters is also reporting that the Vice-President met in Warsaw with Estonian President Toomas Hendrik in order to reassure our support of his country. Also, readers may recall that I previously reported on a senior Russian advisor to the Russian Parliament, Roman Kokorev, and how he published this map, now scrubbed, detailing Putin’s plans to takeover Eastern Europe. Clearly, the Kokorev account is being validated by, first Mike Rogers, and then by Biden, as he previously stated that the US “is committed to NATO’S pledge to help member states if military action is taken against them”. Biden also addressed the issue that I had previously raised, in a previous article, in which Putin can strangle gas shipments to Europe. And even if Kokorev was a mythical character, which he is not, these same viewpoints are being expressed by major Russian government officials as reported yesterday by Reuters.

Is Putin Playing Hitler In Reverse?

Yesterday, Reuters was reporting  that deputy speaker at the Duma, Vladimir Zhirinovsky, whose party holds a minority in the parliament, has proposed dividing Ukraine along the lines of an infamous 1939 Nazi-Soviet pact and suggested that regions in Western Ukraine hold referendums on breaking away from Kiev. Zhirinovsky, whose nationalist Liberal Democratic party largely backs Russian President Putin, sent the letter as Russia annexed the Crimea region of southern Ukraine last week. Subsequently, in a letter sent to the governments of Poland, Romania and Hungary, Zhirinovsky also encouraged these same countries to hold referendums on incorporating the Ukrainian regions into their territory. Reuters observed that Zhirinovsky’s views resonate with much of the pro-national sentiment of the Russian people. Zhirinovsky letter, seen by Reuters, suggested  that Poland, Hungary and Romania, who are now in the European Union, might wish to take back regions of which they previously possessed. Here is another account of the same story.

China Lines Up With Russia vs. Ukraine

Russia is owed billions by Ukraine for already-delivered gas. Additionally, China is also owed $3 billion, by Ukraine, for loans made for future grain delivery to China. In 2012, The State Food and Grain Corporation and the Export-Import Bank of China agreed to provide Ukrainian corporation loans of $3 billion, which was planned to be on the spot and forward purchases of grain for future delivery to China. China is calling in this loan.

The Minister of Agrarian Policy and Food of Ukraine, Igor Schweich, confirmed that China is indeed pursuing a lawsuit against Ukraine in a London court for the return of a loan of $3 billion. The Ukraine minister disagrees with China’s case, as Schweich emphatically states that China “filed false information that there are no claims to us from China…” False claims? Only three billion dollars? Three billion dollars sounds like mere chump change. Is this a pretext to join Russia in supporting the coming invasion of Ukraine?

General Philip Breedlove, the Supreme Allied Commander of NATO, stated this past Sunday that Russia is using snap military exercises in preparation of a military invasion of Ukraine. Breedlove describes the term snap military exercise in a recent account. “A snap exercise puts an incredible force at a border. The force that is at the Ukrainian border now to the east is very, very sizeable and very, very ready.” Breedlove notes that Russia has its military “postured on the eastern border of Ukraine to run to Trans-Dniester if the decision was made to do that, and that is very worrisome.” Trans-Dniester is a region on the border of Ukraine and neighboring Moldova. It has autonomous status and a large Russian majority. This would make this location the ideal situation for Putin to launch an invasion of Ukraine. Breedlove further states that it is impossible to defend against the coming Russian invasion without pre-positioning assets in the area, “especially in the Baltics and other places“. If this does not imply the General isn’t expecting an invasion of Eastern Europe, I do not know what would. Several Eastern European countries have requested protection from Putin.

The US Military Prepares for War in the Balkans

According to Yahoo News, the U.S. and Ukrainian troops will take part in military drills with about 700 soldiers from 10 other countries at a shooting range in central Bulgaria, as reported by the Defense Ministry. Clearly, our military leadership is preparing for war and is busily engaged in forming alliances as a preparation for war. Why is Obama intending to reduce our military levels to 1940 levels? Why are many of  our carrier strike forces presently rendered inactive? And let us not forget the open-mike comment made to the Russian about making military concessions before the 2012 election. Just whose team is Obama on? There are further domestic indications of what is coming in regard to Putin’s impending invasion of Ukraine and these factors will be presented and discussed in a later installment on this crisis.