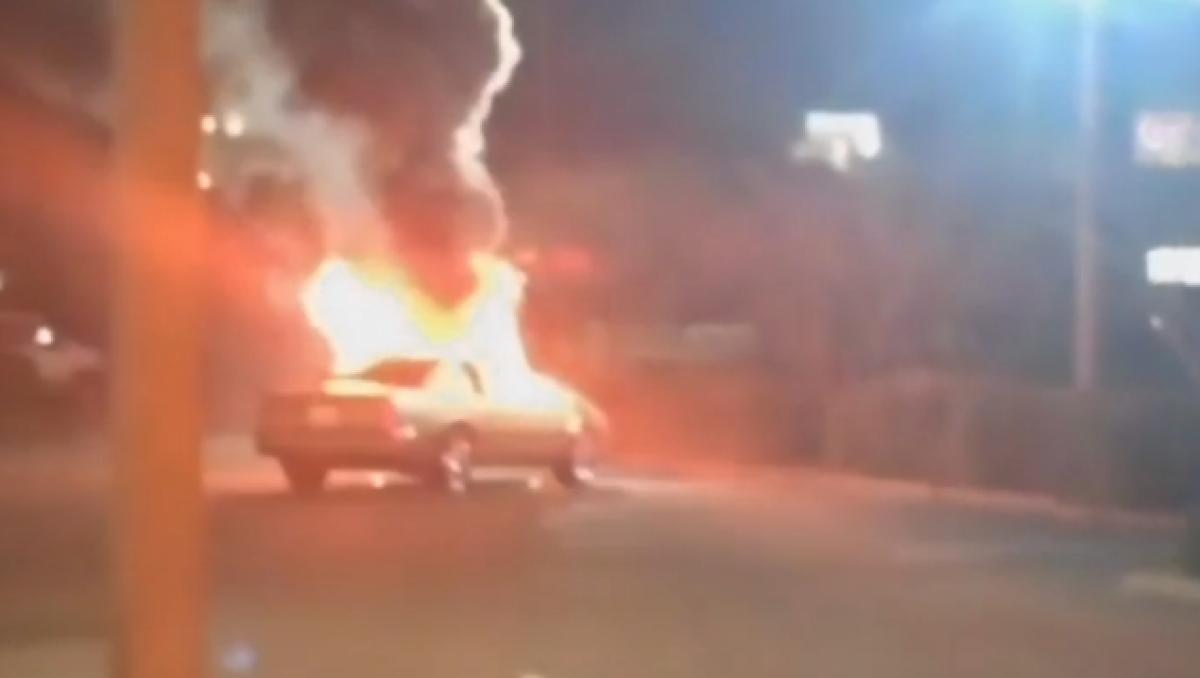 Perhaps the man didn’t really understand exactly how hungry his girlfriend was when she demanded that he add a McFlurry to dinner order at McDonald’s.   But she sure showed him.

According to witnesses, so intense was a woman’s craving for a sweet treat that she doused her boyfriend’s 1994 El Dorado in gasoline and lit it on fire when he refused to buy her dessert at a Jacksonville, Florida McDonald’s last week.  You know you’re hungry when…

Witness Sabryna Maré was standing in front of the arguing couple in line early Sunday morning at the McDonald’s near St. Johns Bluff.

“She was saying she wanted this and wanted that, and she wanted either a McFlurry or an ice cream on top and he was not in for it,” Maré told WTEV.  ”Then he was yelling at her saying he’s not going to do it.”

The argument escalated after the man denied the woman anything from McDonald’s.

The woman grabbed the man’s keys and ran outside to the car which was reported to be a 1994 El Dorado, according to a Jacksonville Fire and Rescue incident report.

“She got something out of the car that happened to be a bottle and then she got gasoline from who knows where,” Maré explained.  ”Then she poured everything all over it and next thing you know there was a match and it was up in flames.” (source)

According to other diners who witnessed the act of arson, the woman took off on foot and the man left shortly after in his extinguished vehicle.

The hungry woman was identified as Melanie Cross, and she adamantly denies the story told by the witnesses.

“This happened in the drive-thru,” Cross told WTEV, “I was alone and my car caught fire.”

I left the scene because I was scared,” she said, “I will admit I do not have a license, I shouldn’t have been driving at all.”

Jacksonville Sheriff’s Office has revealed that the license plate did not match the vehicle. An investigation into the incident is ongoing. (source)

If the passionate couple works things out, it would probably be cheaper to just buy her the ice cream next time.

An extremely strong desire for McDonald’s was the trigger for another violent (Big Mac) attack by a hungry female last year when a Tennessee woman ran over her boyfriend with a truck – not once – not twice – but THREE TIMES – when he refused to take her to dinner at the establishment.

It almost makes you wonder if the restaurant  is spiking their offerings with crack or some other highly addictive substance. Gentlemen, clearly, you must never underestimate a ravenous woman when it comes to a jones for McDonald’s.