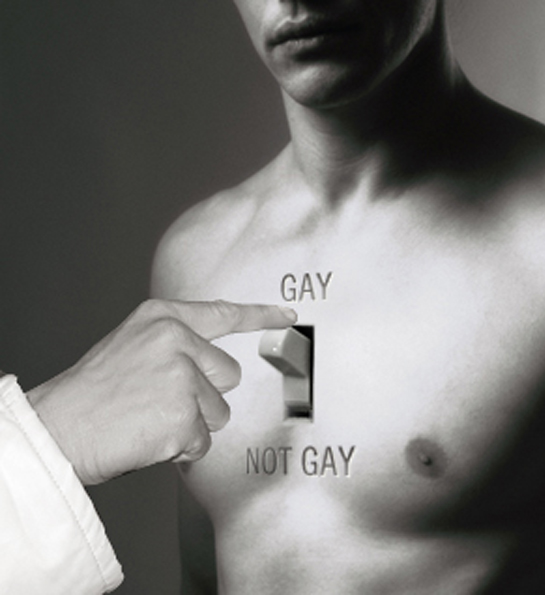 In a recent article entitled The Poverty of Sexual Orientation, appearing in Crisis Magazine, the author, Deacon Jim Russell, gives a very clear explication of the confusion surrounding the supposed issue of sexual orientation. He states:

[S]exual orientation is merely a calculation derived from collecting data—data about our experience of sexual attraction toward other persons considered over a certain period of time.

The author goes on to say that sexual orientation is not defined by simplistic categories of gay or straight, or any of the numerous other “categories” described in various social media, but is specific to one’s attraction toward particular persons. Thus, sexual orientation is a result of one’s attraction toward certain persons and experience in relationships with those persons.

If he’s right, a person must have sufficient personal experience in relationships before determining sexual orientation. The author further states that a person’s desires change with experience. Consequently, as we experience love in relationships, the process of choice narrows until it reaches desire for a specific person with whom we fall in love. Love is the ultimate objective of desire. As this one relationship matures, the desires of both people in the relationship also mature into something deeper and more permanent than mere sexual attraction. Thus, one’s orientation is ultimately toward an individual person regardless of that person’s gender, and not to the gender itself, because that person is the object of ones love. No one desires all members of a gender. Attraction is always specific, although it can be broader during the process of selecting the object of one’s desire.

The article is brilliantly cogent in its analysis and, at least so far as this reader is concerned, accurate in its conclusions. However, Deacon Russell does not define orientation itself, and without that definition, one cannot categorize its sexual application accurately. Orientation per se is derived from navigation. The Orient itself refers to sunrise in the East. Sailors determined the direction in which to go after first determining the direction from which they had come according to the position of the sun. The logic of this is undeniable and can be applied toward the logic of sexual orientation as well. Know where you came from genetically. Determine who you are now. Determine the direction in which you want to go.

Determining sexual orientation requires first that one recognize one’s sex, male or female. This is a matter of genetics and not of choice or whim. Look between your legs and all “gender confusion” is immediately vaporized in one intellectual fell swoop. One’s genitalia are undeniable evidence of whether one is male or female. This establishes where one is.

Where one came from is determined by the genetic code stamped indelibly on human physiology. In all higher order animals there are always two sexes, male and female. Why? Again, common sense says that humans have sex for a purpose. Without producing offspring, the human species will die out, so the genetic prerogative, stamped on human instinct, is the need to make babies. There is only one way that can be done, through copulation of a man with a woman. There is no other way to make a baby. Even test tube babies require the sperm of a male and the egg of a female.

All males of all species have sexual urges. This is easily observed in animals, when males rut with energy seemingly, regardless of the sex of a momentary partner. A dog will even hump someone’s leg when the urge hits him, and we know he cannot reproduce a puppy by humping someone’s leg. Ultimately, all animals instinctively copulate with members of the opposite sex. Human beings, as the highly evolved animals they are, nonetheless possess the same instinctive prerogatives stamped on their nature. Thus, it is logical to assume that this is the most natural, hence the normal, prerogative.

Before anyone shouts about my use of “normal” let me explain what it actually means. Norms are philosophic standards. The classic norms are absolute truth, beauty and goodness. Thus, what is normal is the ideal of what is right. A second definition, applied more commonly to human behavior, is that which is standard. Standards evolve over time, which means they emerge from tradition. But men and women having sex to produce children is no mere tradition. It is the only way the human species can continue to exist, and this is an unarguable premise. While homosexual activity may be accepted socially, it will never be a factor in the vital propagation of the human species. Regardless of opinion, it cannot be considered a standard or a norm.

After all of this, it must also be recognized that human beings exist in a very sophisticated and complex society with many layers of interpersonal involvement, both physical and nonphysical. Society is comprised of different cultures, philosophic convictions, religions, capacities and levels of experience. The argument of this article is not intended to define what people should or should not do in relation to each other, nor is it a set of dictates of societal values. It is offered as a clarification to what seems to be a growing, falsely-based confusion, which is not about gender but about choices. There is no doubt that homosexuality exists and is practiced. But, regardless of its causes or of the definition of desires connected with its practice, the practice itself is not impulsive but a matter of choice.