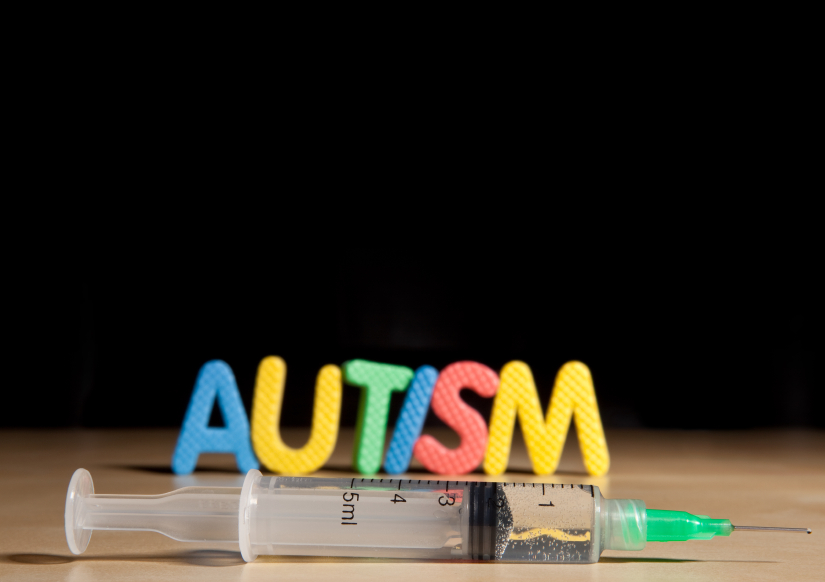 According to new government figures released yesterday, autism in the U.S. has increased by a whopping 30% in just two years. The new estimate is that one in every 68 kids in America falls somewhere on the autism spectrum now.

Health officials claim that this is not because more kids are autistic these days, but that it is recognized more even in kids with fewer symptoms:

Much of the increase is believed to be from a cultural and medical shift, with doctors diagnosing autism more frequently, especially in children with milder problems.

The prevalence rate for autism before 1990 was only three children per 10,000. When the CDC began surveillance of the study population above in 2000, figures clocked in at one child in every 150. Since then, autism diagnoses have been steadily increasing each year. 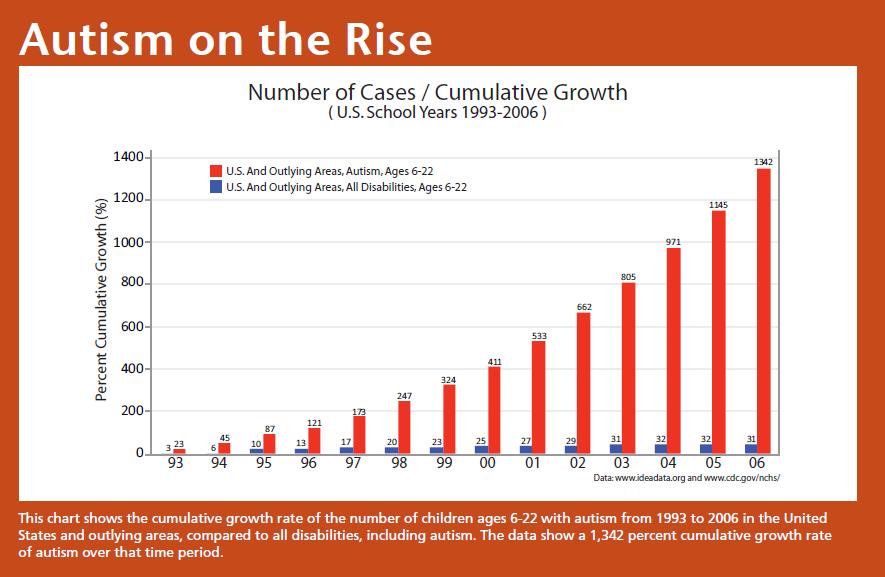 Some have pointed to a wealth of studies that show possible correlation and causation of the continued rise in autism to the continued increase in vaccines. The U.S. currently has the most aggressive vaccination schedule of any country on the planet. New vaccinations have been steadily added to the average American child’s vaccine schedule each decade for several decades now:

In the early 1950s, there were four vaccines: diphtheria, tetanus, pertussis and smallpox. Because three of these vaccines were combined into a single shot (DTP), children received five shots by the time they were 2 years old and not more than one shot at a single visit.

By the mid-1980s, there were seven vaccines: diphtheria, tetanus, pertussis, measles, mumps, rubella and polio. Because six of these vaccines were combined into two shots (DTP and MMR), and one, the polio vaccine, was given by mouth, children still received five shots by the time they were 2 years old and not more than one shot at a single visit.

Since the mid-1980s, many vaccines have been added to the schedule. Now, children could receive as many as 24 shots by 2 years of age and five shots in a single visit.

Vaccines contain a vast array of potentially dangerous ingredients, including antibiotics, formaldehyde, monosodium glutamate (MSG), bovine fetal tissue, polysorbate and heavy metals like aluminum and the mercury-containing preservative thimerosal. When these are shot into the bloodstream, they bypass the majority of the body’s natural immune system which resides in the gut.

A new study recently released by Scientists from the University of California has put forth evidence that autism actually begins in utero during pregnancy and it not the result of a child’s environmental and social factors (such as childhood vaccines):

“Building a baby’s brain during pregnancy involves creating a cortex that contains six layers,” said Eric Courchesne, neurosciences professor and director of the Autism Center of Excellence at UCSD, in a statement. “We discovered focal patches of disrupted development of these cortical layers in the majority of children with autism.”

While many media outlets are saying this proves conclusively that vaccinations aren’t causing autism (the story quoted above was titled, “Autism Awareness: Disorder Begins Before Brain Is Fully Developed, Making Risks From Vaccinations Impossible”), that’s more media spin than reality.

In fact, this particular story goes on to contradict its own title.

As the story itself says:

But these trends aren’t reflected in other parts of the world. Asia, Europe, and other parts of North America display far lower prevalence rates, sometimes as low as one percent, which presents U.S. researchers with a curious challenge. There are no blood tests to diagnose autism, and behavioral observation is by nature imperfect. Some say we over-diagnose, especially on the higher-functioning end. Some say America’s obsession with vaccinations is to blame. So the question remains: How do stop something if we don’t fully know what it is?

This doesn’t rule out maternal exposure during gestation or earlier, but it does go a long way toward quieting many of today’s critics. [emphasis added]

Pregnant mothers are consistently told they need to get all kinds of vaccines in the U.S., including flu shots, one of the vaccines known to still contain thimerosal. How can something be “impossible” if it hasn’t entirely been ruled out?

The debate, then, rages on.