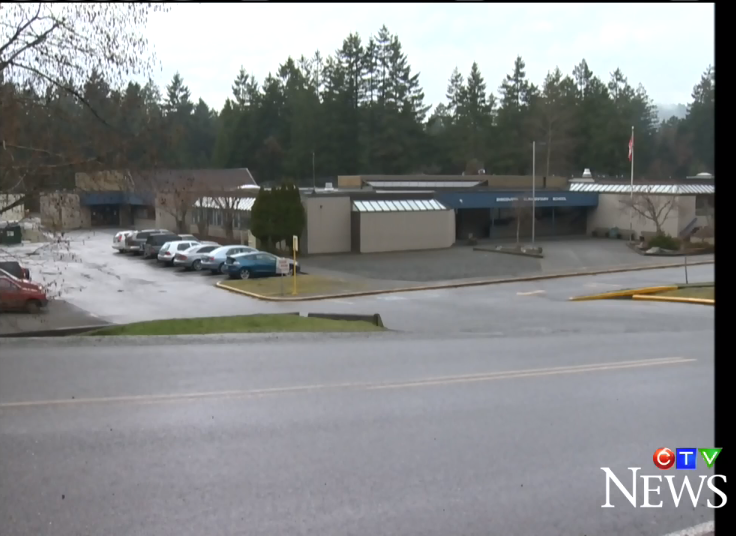 This CBC News reports follows standard enemedia practice of obfuscating the identities of the perpetrators whenever Muslims are involved, unless Muslims are the victims. As this CTV News video makes clear, this is one Muslim family harassing an entire school, storming into classes and demanding religious accommodation in a way that non-Muslim parents describe as “bullying.” They have driven a beloved music teacher from her job, and parents are complaining about them to the school district.

This is the way it always is: wherever Islamic law and custom conflict with non-Muslim law and custom, it’s the latter that has to give way. These parents are right to stand up for the teacher who was harassed out of her job. But how long will it be before they are branded as “Islamophobes” and accused of being racist?

Parents in the Cowichan Valley on Vancouver Island are demanding the school district resolve a conflict involving a complaint from a family about a music teacher who played Jingle Bell Rock in the classroom.

The teacher has been on voluntary leave from Discovery Elementary School in Shawnigan Lake since December, after the district received a complaint from the family that had a religious accommodation plan in place for their child.

The family felt playing the popular Christmas song in class was outside the terms of that agreement.

Adam Lossing, whose daughter goes to the school, demonstrated with other parents in front of the school district office yesterday.

He says they are not against religious accommodation, but they find the way the district has handle the situation unacceptable.

“I haven’t heard anyone speak against a religious accommodation plans. It’s the process and the outcomes…that have come from the district’s management of it that we’re taking issue with,” he said.

Lossing says they want the teacher to know she has their support and are urging the district to resolve the situation so she can return to teaching his daughter and her classmates.

“She benefited richly from her teaching and I would hate to see something happen to that teacher.”

Neither the district nor the teachers association would comment on the case, because both an investigation and a union grievance are still open.

But both sides acknowledged the teacher has been on voluntary leave since the district received a complaint from a family.

The Cowichan School District is currently under the direction of provincially appointed trustee Mike McKay, after the elected school board was dismissed over a dispute about the funding provided by the province.