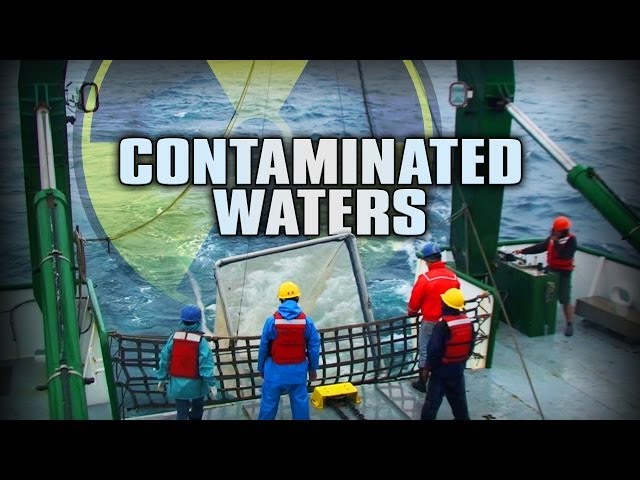 A Canadian high school student named Bronwyn Delacruz never imagined that her school science project would make headlines all over the world.  But that is precisely what has happened.  Using a $600 Geiger counter purchased by her father, Delacruz measured seafood bought at local grocery stores for radioactive contamination.  What she discovered was absolutely stunning.  Much of the seafood, particularly the products that were made in China, tested very high for radiation.  So is this being caused by nuclear radiation from Fukushima?  Is the seafood that we are eating going to give us cancer and other diseases?  The American people deserve the truth, but as you will see below, the U.S. and Canadian governments are not even testing imported seafood for radiation.  To say that this is deeply troubling would be a massive understatement.

In fact, what prompted Bronwyn Delacruz to conduct her science project was the fact that the Canadian government stopped testing imported seafood for radiation in 2012…

The Grade 10 student from Grande Prairie said she was shocked to discover that, in the wake of the 2011 Fukushima nuclear disaster in Japan, the Canadian Food Inspection Agency (CFIA) stopped testing imported foods for radiation in 2012.

Armed with a $600 Geiger counter bought by her dad, Delacruz studied a variety of seafoods – particularly seaweeds – as part of an award-winning science project that she will take to a national fair next month.

“Some of the kelp that I found was higher than what the International Atomic Energy Agency sets as radioactive contamination, which is 1,450 counts over a 10-minute period,” she said. “Some of my samples came up as 1,700 or 1,800.”

Delacruz said the samples that “lit up” the most were products from China that she bought in local grocery stores.

It is inexcusable that the Canadian government is not testing this seafood.  It isn’t as if they don’t know that it is radioactive.  Back in 2012, the Vancouver Sun reported that cesium-137 was being found in a very high percentage of the fish that Japan was selling to Canada…

So why was radiation testing for seafood shut down in Canada in 2012?

Someone out there needs to answer some very hard questions.

Meanwhile, PBS reporter Miles O’Brien has pointed out the extreme negligence of the U.S. government when it comes to testing seafood for Fukushima radiation.  The following comes from a recent EcoWatch article…

O’Brien also introduces us to scientists from the Woods Hole Oceanographic Institute who have been testing waters around the reactors—as well as around the Pacific Rim—to confirm the levels of Fukushima fallout, especially of cesium.

These scientists are dedicated and competent. But they are also being forced to do this investigation on their own, raising small amounts of money from independent sources. They were, explains lead scientist Ken Buesseler, turned down for even minimal federal support by five agencies key to our radiation protection. Thus, despite a deep and widespread demand for this information, no federal agency is conducting comprehensive, on-the-ground analyses of how much Fukushima radiation has made its way into our air and oceans.

In fact, very soon after Fukushima began to blow, President Obama assured the world that radiation coming to the U.S. would be minuscule and harmless. He had no scientific proofthat this would be the case. And as O’Brien’s eight-minute piece shows all too clearly, the “see no evil, pay no damages” ethos is at work here. The government is doing no monitoring of radiation levels in fish, and information on contamination of the ocean is almost entirely generated by underfunded researchers like Buesseler.

So why aren’t they doing testing?

Why aren’t they checking to make sure that this radiation is not getting into our food chain?

The Japanese are doing testing off the coast of Japan, and one fish that was recently caught off the coast of the Fukushima prefecture was discovered to have 124 times the safe level of radioactive cesium.

So why are all the authorities in North America just assuming that the fish are going to be perfectly fine on this side of the Pacific?

One test that was conducted in California discovered that 15 out of 15 Bluefin tuna were contaminated with radiation from Fukushima.

So how can the authorities say “don’t worry, just eat the seafood”?

Everyone agrees that a plume of radioactive water has been moving from Fukushima toward the west coast of the United States.

According to researchers at the University of South Wales, that plume is going to hit our shores at some point during 2014…

The first radioactive ocean plume released by the Fukushima nuclear power plant disaster will finally be reaching the shores of the United States some time in 2014, according to a new study from the University of New South Wales — a full three or so years after the date of the disaster.

The following graphic comes from that study…

And multiple independent tests have already confirmed that levels of nuclear radiation are being detected on California beaches that are more than 10 times the normal level.

So why are the U.S. and Canadian governments willingly looking the other way?