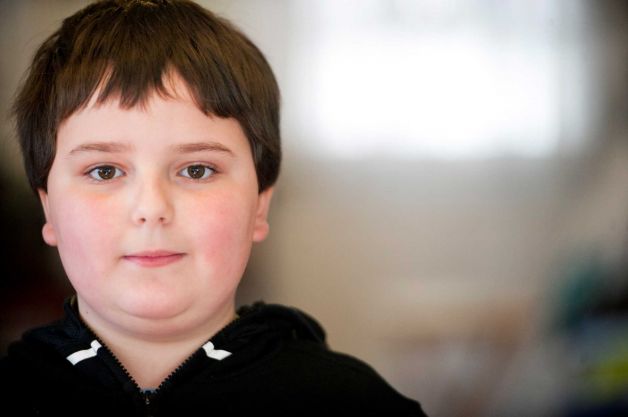 Sunnie Kahle was just three years old when her school first questioned her sexuality. She is now eight years old and has been given an ultimatum. She stops being a tom-boy or leaves her school.

“unless Sunnie as well as her family clearly understand that God has made her female and her dress and behavior need to follow suit with her God-ordained identity.”

“You’re probably aware that Timberlake Christian Schools is a religious, Bible-believing institution providing education in a distinctly Christian environment, and we believe that our biblical role is to work in conjunction with the home to mold students to be ‘Christlike,’” Bowman’s letter reads, elaborating that her school “reserves the right” to refuse admission to students on grounds of homosexuality or alternative gender identity. “It seems that the school’s goals and biblical foundations are going to be in contradiction with the direction that Sunnie is heading at this point.”

Sunnie, who is raised by her grandparents is, according to them, just a tom-boy and nothing more. When her grandmother told them she had discussed the issue with the family paediatrician and he said that the child’s sexuality should not even be considered until the child had entered her teens, the school told her to :

Now there has been a good deal made of Christians being persecuted recently, and while this is a little different to being murdered because of your religion, it still smacks of the pot calling the kettle black.

She’s a child, an eight year old girl who likes to climb trees, collect rocks, and shoot BB guns with her grandpa, which apparently denotes that here behavior is too masculine.

My eldest boy is 32. He is married, with two kids. He does kickboxing for a hobby. The only sexual exploring he did was with the local female population, a couple of whom went into mourning when he married. At his wedding reception we took great delight in showing the photographs of him aged three clutching his most prized possession, a bright red Cupie doll. The ones of him in a bridesmaids dress complete with beads and make-up at age 10 went down well also, prompting his buddies to change his name from Luke to Lucinda. None of this seems to have warped his mind, altered his sexuality or changed his religious values. The only scar he has from the bridesmaid dress issue is that his sister and her friends never paid him the bribe money they promised him…something he balks about to this day.