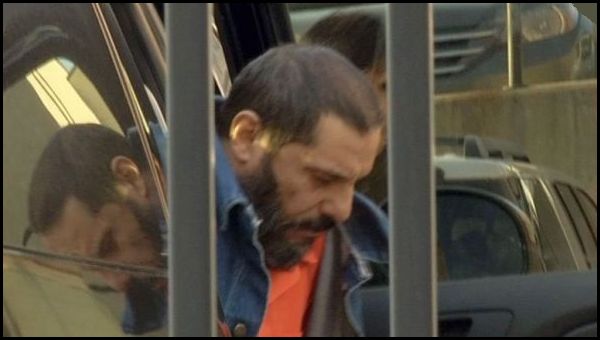 Not a day goes by in the UK, where islamization is much further along, without yet another new and monstrous news story of the sexpolitation of non-Muslims by Islamic supremacists. The Brits have 20 years on us, but Obama is working hard to catch up. Expect a lot more of these cases to start popping up in the US — for example, the conviction in 2012 in Tenneseee of three Muslim men:

They won’t be acquitting them for long. Juries in the US still generally have no idea what they are dealing with. The sharia is an ideology that asserts that Muslims are superior to non-Muslims. They think that non-Muslim teenage girls are worthless and can be abused without a second thought. Yes, because that is the sharia.

SIOUX FALLS, SD -The Sioux Falls man authorities say ran a sex trafficking “house of horror” will now call prison home for the rest of his life.  On Monday, Federal Judge Karen Schreier sentenced 45-year-old Mohammed Alaboudi to four life terms behind bars.  He will serve those concurrently.  Alaboudi took in teen girls and young women, gave them drugs and forced them into prostitution out of his one-bedroom apartment near McKennan Park.

Schreier essentially said this is the worst case of human sex trafficking she has seen because it involved more, “force and coercion,” than others.  Four of Alaboudi’s victims who were repeatedly raped and tortured told their former captor how his actions have impacted them.

“They were treated, as Judge Schreier said today, in many cases, worse than a person would treat their own dog,” U.S. Attorney for South Dakota Brendan Johnson said.

Federal prosecutors said Alaboudi preyed on, “vulnerable,” often homeless, young girls and women.  He gave them a home, drugs and alcohol.  Prosecutors said he often got them hooked on meth, and made them huff hairspray.

Victims called Alaboudi a “monster,” who would, “sit and laugh while the girls were raped.”  One called their situation “hell.” Another victim hopes, “God decides to forgive him some day.”

Toward the end of the hearing, Alaboudi yelled at the judge and said he was innocent.  He also called FBI agents and federal prosecutors liars.

Federal, state and local law enforcement agencies have worked together to fight human sex trafficking.  Johnson said much of these efforts began when Sioux Falls Police found a 14-year-old girl who was being sold for sex on the internet.  He said the girl was scared and angry, but had enough courage to work with authorities to solve her case.  Johnson also said a number of sex trafficking cases in the Sioux Falls area have been connected, including Alaboudi’s.  Alaboudi is the third man sentenced to life behind bars in the last four years. Sioux Falls Police Chief Doug Barthel said these cases have helped authorities look at these crimes differently.  It was not too long ago that officers looked at the prostitutes as criminals.

“Upon further investigation, the real victims are the prostitutes, themselves,” Barthel said, noting a number of them are forced into these acts.

Though Alaboudi’s day in court has come and gone, efforts to stop human sex trafficking in South Dakota are far from over.

“Mr. Alaboudi’s house of horror is closed.  Our mission as law enforcement is to make sure another one does not open its doors in the future,” Johnson said.