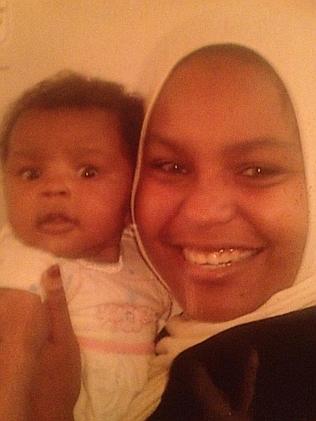 Ms Yousif’s mother Hanan Zaki “said provocation was a ‘ridiculous’ defence for her daughter’s killer.” And it is. But it’s not the first time a Muslim wife-killer has resorted to this ridiculous defense. The “moderate” Muslim Muzzammil “Mo” Hassan, who beheaded his wife in the studio of his “moderate” Muslim TV network, later claimed that she had abused him.

The worst part of this is that Justice Peter Garling fell for this, and let Yassir Hassan escape a murder conviction. Everywhere in the West — Australia, Western Europe, Britain, Canada, and the U.S. — authorities can’t bend over backwards fast enough to accommodate Islamic supremacists. This will not end well.

“Making brutes pay for murder: changes to NSW law are needed now, says the mother of murder victim Mariam Yousif,” The Daily Telegraph, March 28, 2014 (thanks to The Religion of Peace):

THE mother of a young woman stabbed to death by her husband has pleaded with the O’Farrell government to hasten changes to a law that allowed her daughter’s killer to escape a murder conviction. Mariam Yousif was stabbed to death by her husband Yassir Hassan. Source: Supplied

Mariam Yousif, who converted to Islam to marry her husband at 16, was stabbed 14 times in a “brutal and frenzied” attack inside her Wiley Park unit in 2012. Her 54-year-old husband, Yassir Hassan, was found guilty of manslaughter instead of murder because he told the court he was provoked by his wife during an argument when she “questioned his manhood”.

She is angry the state government has taken almost a year to act on recommendations from a parliamentary inquiry that would ensure the provocation defence was not used to escape murder charges.“How many women need to die before this law will change?” Ms Zaki said.

“I need it to change and I need change now. I could not save my daughter but I want to save the life of another woman.”

The parliamentary inquiry was launched after Sydney man Chamanjot Singh was sentenced to six years in prison for slitting his wife’s throat with a box cutter.

He successfully argued he was provoked because his wife, Manpreet Kaur, had threatened to leave him.

In the case of Yassir Hassan, Justice Peter Garling said in his sentencing that the killing happened because Hassan “was provoked into losing his self-control, which explains why he is guilty of the lesser offence of manslaughter and not murder”.

Legislation to change the provocation defence was only introduced to parliament this month and Attorney-General Greg Smith’s office was unable to say whether a date had been set for it to pass.

Ms Zaki said her daughter’s three children, now aged four, six and nine, had asked when she was coming home: “I tell them mummy is in heaven. (They)… will grow up without their mother. He had no right to steal her life from them.”