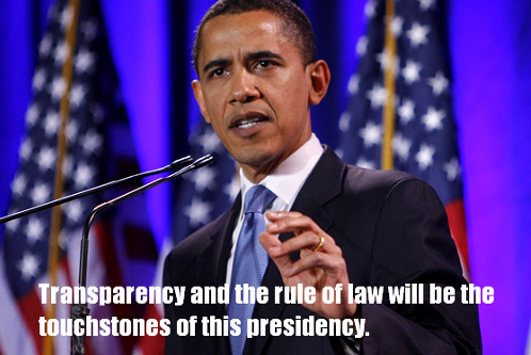 What would you label a country’s government who detained a reporter for asking a political official a question while covering the conference where the official spoke? Most people would call this government Communist, Marxist, tyrannical or a police state – a government trying to control the flow of information to the people. Well, you would be right. And, you would be talking about the United States.

Bloomberg BNA energy reporter Ari Natter was detained by Capital Hill Police for trying to ask Environmental Protection Agency administrator Gina McCarthy a question while he was covering the American Council on Renewable Energy conference, where McCarthy was a speaker.

A retweet of Natter from Nick Juliano read:

#transparency RT @AriNatter: I am being detained by Capital Police for trying to ask @EPAGina a question after her remarks.

It was only after the police checked with their superior officers and ran a background check that allowed Natter to be released; it was found he had the “proper” press credentials.

After consulting with his superiors and running a background check the police have let me go.

.@alexcguillen: Not the first time I have been threatened with arrest for doing my job as a reporter. Probably not the last either.

Not surprisingly, McCarthy did not even answer the question that caused Natter to be detained by the Capitol Hill Police.

Remember, McCarthy was speaking at a public conference being covered by the Press. According to the Daily Caller, she “spoke about renewable energy issues, including the EPA’s proposal to cut back the amount of ethanol refiners are required to blend into gasoline annually to avoid economic calamity.” McCarthy also indicated at the conference that the Obama administration considers energy and environmental policy are joined together.

Of this union, McCarthy said, “The energy issues and the environmental issues we are facing today are really two sides of the same coin.”

If one didn’t know better, one could assume she was talking about Democrats and Republicans. But I digress.

Also in attendance at the conference, was none other than Sen. Sheldon Whitehouse (D-RI) who has a record of issuing statements that are true 6% of the time. The other 94% of the time, Whitehouse’s statements are either mostly true, half true, mostly false or false. It doesn’t leave anyone wondering why Democrats are afraid of a free press.

While the First Amendment still stands since Congress has made no official law prohibiting free press or speech, although it is under attack by Comrade Feinstein, it seems a silent policy has been established to detain or silence those who ask questions this administration does not like or does not want to answer. The American public has seen reports of the institution of “silence the masses” thuggery whereby Americans are prohibited from engaging in protests or free speech activities near officials protected by Secret Service, who are in public engaging in public activities. There has been creation of “free speech” zones surrounding certain activities which seek to keep other Americans from voicing their opposition. Granted, these “free speech” zones are established to keep protestors from visibility at liberal/progressive sponsored events while liberal/progressives are not subject to the same treatment at conservative events.

It has also been seen where religious freedom is concerned. Judeo-Christians are made to “take a back seat” to the religion of Islam, an unofficially sanctioned religion by all governments. Christian symbols are offensive, and any open display of Christianity through Bible verses or the display of the Ten Commandments has to be removed, lest anyone is offended. Muslims, however, can stop moving traffic to pray in the streets, or demand prayer time and wash stations in public places. There has been a movement to ban the Pledge of Allegiance (it already has been in schools) and change the Pledge of Allegiance to read “under allah” (Yes, the lower case is intentional) instead of “under God.” While some may laugh, there was a rumor going around about changing the national anthem. The reason for these silent movements is the Pledge of Allegiance and The Star Spangled Banner are offensive to certain groups.

Whether anyone wants to believe it or not, the First Amendment has been attacked and so has the very foundation of America.

Officials, who are accountable to the American public, are insulating themselves from the common masses, just as the ruling elite class indicative of a Communist or tyrannical government. Now, it seems officials would like to be insulated from reporters who ask hard questions. Liberal/progressives want to silence any opposition to their agenda, which in their minds lead to a utopia of social equality. They are willing to trample everyone else’s God-given rights to do so while shouting at the top of their lungs about their protected rights.

America is rapidly approaching a point of no return. In some cases, violations are subtle while others are more aggressive. Regardless of the approach taken, it has become apparent that God-given rights are only applicable to a select group of the population. Right now, that population consists of the government, liberal/progressives and those who seek to undermine our Constitutional Republic through mob rule. Those in government have positioned themselves at the top of the chain with all others supporting their subversive efforts as “useful idiots.” The government will tolerate these outbursts of liberal/progressive protests caving to their demands until these liberal/progressives no longer serve any purpose for the government.

When the hammer falls, and those who seek to protect God-given rights for all are silenced or purged, it will be the turn of the useful idiots to go. I wonder how long it will take for them to scream about keeping the rights they are so anxious to deny to others.