The post-American world will be many things, but multilateral isn’t one of them. There will be no world government and international organizations will be good for little except sucking up the last drops of wealth and prestige of the United States. It will be a chaotic place with everyone out for themselves. 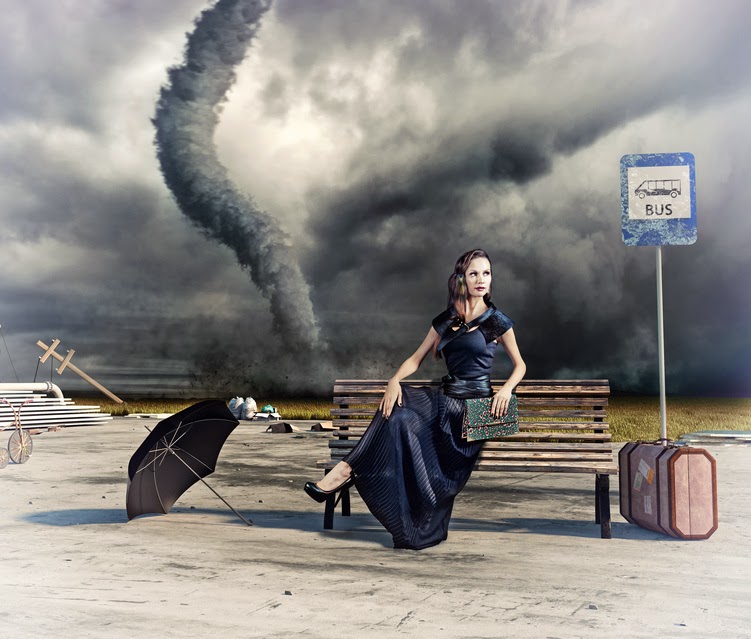 The Cold War map of the world divided into two camps was simple and clear. The post-American world will be a much more ambiguous place. Instead of two global ideological alliances based around two world powers, there will be three post-ideological powers, no longer global in scope, and one worldwide ideological alliance.

Russia and China are run by powerful corrupt elites who emerged from the old Communist order to build economic oligarchies enforced by the ruthless use of force. The United States is increasingly run by an oligarchy of ideological bureaucrats, corrupt technocrats and leftist academics that has a distant resemblance to the USSR and the PRC; but its long march through the institutions hasn’t turned fully totalitarian yet. That may be less than a generation away.

Russia and China will fall back into their own history, collapse and isolationism for China, barbarian rule for Russia. The United States has no such history to fall back on and its elites have abandoned any meaningful national identity that doesn’t rely on pop culture and liberal pieties.

There is little to unify Russia or China except greedy oligarchies playing at nationalism. It’s an unconvincing nationalism because the sons and daughters of their elites spend more time abroad than at home and sometimes even hold American citizenship. The KGB oligarchs of Russia and the Communist princes of China are as globalist as any Eurocrat. They have few national commitments. Their goals are wealth and power for their families and associates.

Unfortunately there is even less to unify the United States after the left embraced multiculturalism at the expense of exceptionalism. The erosion of everything from free speech to the free market has reduced the American Dream from individual opportunity to vulgar exhibitionism. Uncontrolled immigration has imported masses of hostile populations everywhere from Nashville to Minneapolis radically changing quintessentially American cultures and replacing them with balkanized minority coalitions who have little in common except a mutual hostility against the United States.

In contrast to the cultural vulnerabilities of the three powers, Islam, the defining global ideological alliance, lacks a superstate as the center of its empire, though it has many state bases, but enjoys the allegiance of a worldwide population larger than any of the three powers. Demographic projections continue to favor the growth of Islam over China, Russia and the United States.

It is therefore simplistic to act as if America, Russia and China have a common interest in fighting Islam. While that may be true, that is not how the leaders of the three powers see it. Putin fights some Islamists while incorporating others into his allied clergy and helping still others go nuclear. The United States bombs the Taliban, but would never consider bombing their paymasters in Saudi Arabia, Kuwait and Qatar. 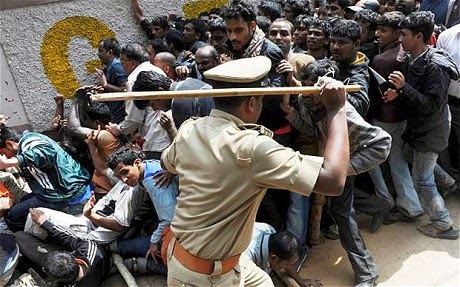 Muslim terrorists operate in all three powers, but are dismissed as unrepresentative aberrations. That is wishful thinking, but empires are shaped to fight their own kind. Islam, like Communism, is something different. It is an ideology and post-ideological powers who believe in very little are poorly adapted to fighting it. Instead many of their elites secretly admire its dedication.

Islam emerged by taking advantage of the slow collapse of the Roman Empire. Its reemergence as a world power once again coincides with the fall of empires. Like a hyena trotting after prey, Islam is a cultural carrion eater consuming the skills and knowledge of superior civilizations to sustain its warlordism whose religious fanaticism eventually decay into decadent dynasties.

The collapse of the Pax Americana under Obama has freed up Russia and China to begin their campaigns of territorial expansionism. Obama’s failure to deter Russia in Ukraine will encourage China to use force as a solution to territorial disputes in the South China Sea. These events will wake the world from the dream of the Pax Americana in which American power kept the peace in much of the developed world.

The end of the Pax Americana also means the end of international law. Instead of a post-American world ushering in a stable multilateral order, it will revert back to a chaotic Lord of the Flies situation in which no single power will predominate, but in which any country or militia that can seize a piece of land or a natural resource will go ahead and do so. For the first time in generations, the First World may wake up to discover that it is once again living under Third World rules.

Those most immediately affected by the decline of the United States will be the Asian and European countries that outsourced their defense to the United States after WW2. Japan has a limited time in which to turn around its economy, demographics and military to be able to face down China.

Europe was able to turn inward without having to make the hard choices and its elites were even able to drag the United States into implementing their vision internationally. But that is coming to an end. Libya may have been the last such war and the American contribution to it was limited.

The European Union may implode in the coming years, but whether it does or does not, Western Europe will continue to be defined by the quarrels between the UK, France and Germany. The various other players have never been anything other than places to put factories, launder money or import cheap labor from. The rhetoric of the EU is a paper shield that will protect the economies or territories of the smaller and weaker nations.

Europe, unlike the United States, has not been known for its altruism, and its nations face a crippling combination of problems. Europe suffers from Japanese birth rates, Russian demographics, Chinese corruption and American economics (though it would be more accurate to say that America suffers from EU economics.) Despite its size and population, Europe does not have an optimistic future.

A European Union will be too dysfunctional to do more than fight amongst itself. Europe apart will have nations capable of making an impact on the world stage, but it will be a limited impact. European countries are, despite their rhetoric, more concerned for exports than human rights. Israel will always be a cheap and easy target, but that will have as much to do with the rising power of the Gulf as with latent antisemitism. Toothless sanctions will occasionally be imposed to limited effect.

Russia will not stop with Ukraine and NATO will dissolve, officially or unofficially. It may stay around and limit itself to providing humanitarian aid internationally while expelling Poland and any countries that Russia is likely to want to add to its collection. More likely it will be replaced by some European Union entity that officially performs the same function, but unofficially does little except provide troops for UN peacekeeping operations.

The budding Russian empire will find that fighting a new wave of Muslim insurgencies in formerly peaceful republics will consume too much of its time and energy. The soldiers who will march on the scattered pieces of the old red empire will be Muslims and the Eurasian Union will become a Muslim empire with a handful of churches. Like Rome, its fall will come at the hands of its own barbarians. 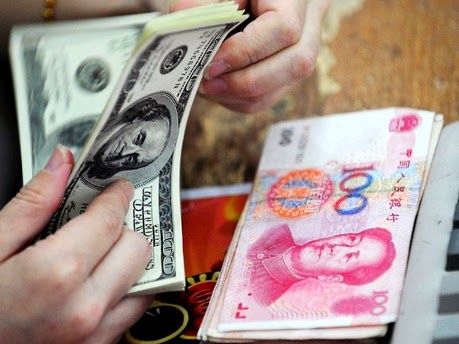 Iraq and Afghanistan will not prove to be as psychologically devastating to Americans as Vietnam, but they will help discourage further deployments overseas. Severe military budget cuts and a campaign against the warrior culture will leave the military in no shape for anything except peacekeeping missions. The United States will face escalating domestic unrest, less from militias than from gangs, terrorism and the economic collapse of entire cities. It will no longer be in a position to act abroad.

None of this has to happen, but it will if the same bad decisions continue to be made. If eight years of Obama are topped by eight years of Hillary, this is where we will end up. If the European Union continues to drag down the continent, if multilateralism continues to be the great obsession of the elites, if bad economics and bad strategy continue destroying nations, then this will be one of the better outcomes.

The civilized world faces economic, demographic and military crises that it has a limited time frame in which to meet and resolve. If it fails to do that, the civilization in which we have grown up and which we have known all our lives will die and a long interregnum of darkness will follow in its wake.

Daniel Greenfield is a nationally syndicated author and the Editor of Sultan Knish.