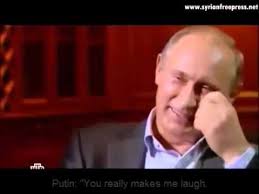 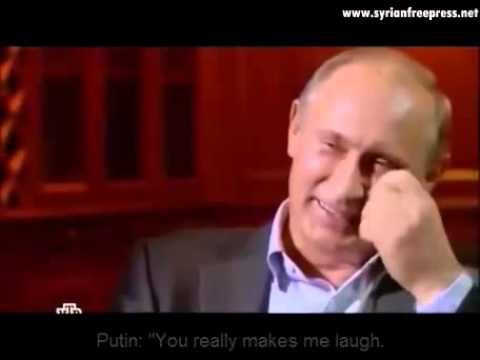 When an interviewer recently confronted Vladimir Putin about Europe’s American-made missile defense system, the President of the Russian Federation couldn’t help but laugh right in his face.

According to the journalist, NATO’s missile defense system is pointed at and designed to protect Europe from the nuclear threat posed by Iran, not Russia.

Putin’s reaction is a must-see.

Interviewer: NATO claims the missile shield was not built against you but against Iran.

Putin: You really make me laugh. God bless you because it’s almost time to finish the day… indeed it’s already time to go to sleep. At least I get home in good humor.


What’s even more humorous is the seriousness of the interviewer’s subsequent reaction to being laughed at.

It seems that he actually believed the notion that NATO built its missile defense shield to protect from Iran, a country which, according to U.S. intelligence reports, has yet to develop not only the nuclear technology, but the inter-continental ballistic missile systems capable of delivering such technology all the way from Iran.

The propaganda on both sides is actually pretty funny considering how ridiculous the back and forth posturing has gotten, especially in recent months.

What won’t be funny is when Europe, Russia, China and the United States eventually use it to facilitate entry into a global conflict involving billions of people.