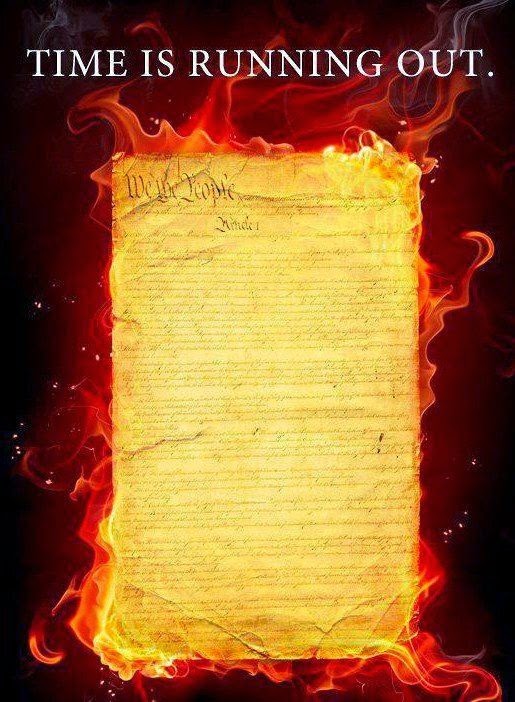 After a visit to Amsterdam to attend a G7 meeting to discuss how to punish Vladimir Putin for his ‘supposed’ nationalistic annexing of Crimea, and after attending a two-day Nuclear Security Summit in the Hague, Barack HUSSEIN Obama then visited Brussels (a city whose population is a shocking 40% muslim…guess he felt right at home there) where he cost the city $10.4 million for the additional 350 security people needed to keep him safe. And he brought with him an entourage of 900 people and three cargo planes carrying 45 vehicles…and God only knows how much that cost we taxpayers…all to stand before the EU and NATO summits to say that “Our Constitution is outdated and international law is supreme.”

And knowing how much Obama loves his pen and phone, if he had his way he would render null and void the entire Constitution by Executive Order and do so in the blink of an eye.

You know it, I know it, and Obama knows we know it, yet he simply doesn’t care that we do.

Now just imagine the press coverage if a Republican president had dared to utter those words…for as little media coverage as Obama’s words have gotten from the liberal press since said almost one week ago, those words said by a Republican… any Republican…would be covered non-stop 24/7 ad-nauseum.

And while we all know that this most miserable of presidents has NO love for the Constitution… America’s very foundation and law of our land…just know that if this man ever dared to try to negate the greatest document of freedom and human rights ever written, I truly hope he’s prepared for what would happen, for as history has proven time and again NO country has ever changed its core law or governing system without civil war.

But then again civil war might just be Barack HUSSEIN Obama’s ultimate goal.

“Our Constitution is outdated and international law is supreme.” Words of a traitor said in Brussels that bears repeating once again for it must be known that the man who took an oath to “…preserve, protect and defend the Constitution of the United States” wants to sellout our Constitution…wants to sellout America…to UN globalists as he strives for ‘We the People’ to be governed by international law. But if Obama had bothered to pay attention to his lessons when he was in law school he would have learned that law is NOT law…whether domestic or international…unless the populace agrees to be governed by it. And Obama knows that ‘We the People’ can only be pushed so far when it comes to his trampling on our Constitution…as he can use the race card against us for only so long.

So as Obama bloviates about international law it must be remembered that international law is NOT binding U.S. law NO matter how he wants it to be. Obama forgets that international agreements or what he calls ‘international laws’ are made under Article II Section 2 of the Constitution (“He shall have power, by and with the advice and consent of the Senate, to make treaties, provided two thirds of the Senators present concur…”), and if they have treaty status are subject to ratification under Article I (legislative powers), and will only be declared law of the land under the Supremacy Clause (the provision in Article Six, Clause 2 that establishes the Constitution, federal statutes, and U.S. treaties as “the supreme law of the land”).

In fact, the Supreme Court has ruled that treaties are NOT law without an implementing act of Congress…that treaties do NOT override the Constitution…that treaties cannot amend the Constitution…and that any treaty can be nullified by a statute passed by Congress (“…or by a sovereign State or States if Congress refuses to do so…”), when the State deems performance of a treaty is self-destructive. And we all know that any and everything Obama does is indeed self-destructive to our country as he is the enemy within who wants to sell out America to our enemies both foreign and domestic.

And even the currently held Democratic controlled Senate knows better than to sell us out to international law…to UN control…at the expense of our Constitution.

How smart were our Founders to have vision to foresee this becoming an issue at sometime in the future…how smart were they to protect us from a man like Barack HUSSEIN Obama.

Also in Brussels, Obama spouted off about what he called the universal “ideals that unite us all…” Obviously NOT understanding or just choosing to ignore the fact that one country’s ideals might in NO way be another county’s ideals, the concept of individual rights as related to each county’s sovereignty is lost on this man who believes in and pushes for the New World Order of a one world government…a one world government controlled by his progressive elitist cohorts sprinkled in with a smattering of his muslim brethren.

And in an effort to extol the virtues of European-style big government as he pandered to those he needs to come to his aid against Vladimir Putin, Obama had the audacity to claim that our Founding Fathers small-government based Constitution got their ideas from European monarchies…which we know is pure unadulterated nonsense as colonial-era European-style big government was the very thing our Founders wanted NO part of for the newly emerging American nation.

And so Barack HUSSEIN Obama once again tried to sellout America as he flashed his infamous smirk of a smile as he played for the cameras in Brussels. So the man who in fear of the ‘Russian Bear’ took all military deterrents off the table by claiming military deterrence doesn’t work, spoke from the other side of his mouth by urging ‘We the People’ to sheepishly surrender to international law at the expense of our Constitution.

The gall of this man knows NO bounds as the world looks on and laughs at the weakling who would be king.

Editor’s Note 04/01/14 I can find no video or journalistic evidence that Obama actually said, “Our Constitution is outdated and international law is supreme.” It appears that this may have been misattributed. -Dean Garrison